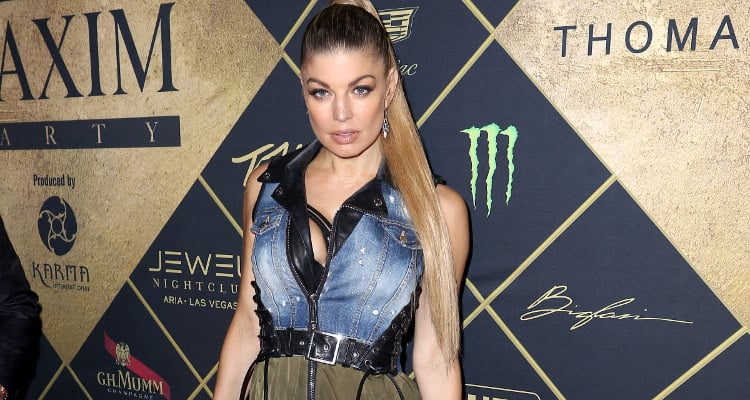 It looks like the Kardashians may have inspired Fergie, as the 41-year-old singer recently posted a photo of her firm and toned derriere. Check out Fergie’s latest Instagram pic below.

In the Instagram post, Fergie is wearing a high-cut tight PVC body suit, flaunting her perky behind. The singer was photographed from behind and it looks like it could be part of a photoshoot. Perhaps she is preparing for her upcoming studio album, Double Duchess? Or perhaps Fergie, who is now a mother, is just as excited to show off her bootyful figure, post-baby! 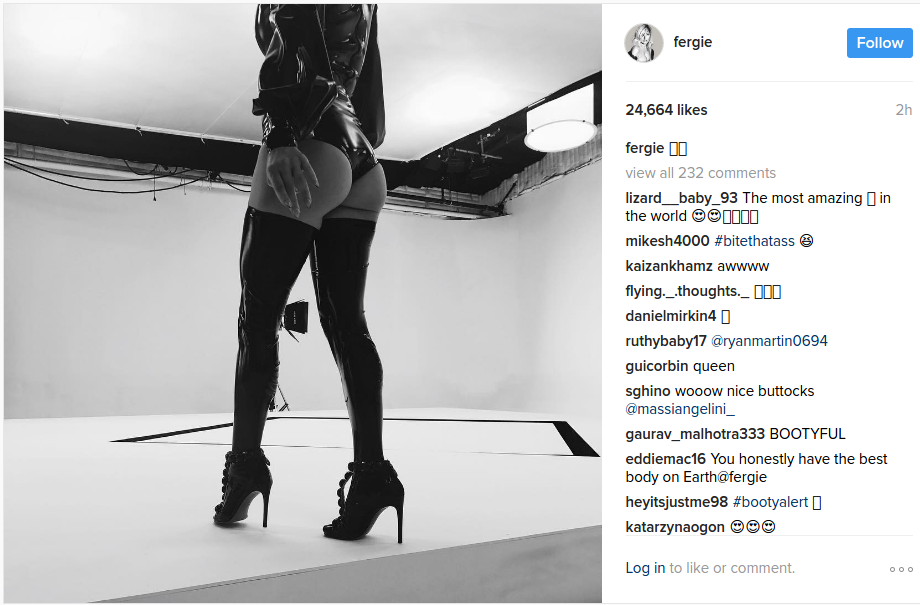 Double Duchess will be her second solo album and is expected to be released later this year. Her first album, The Duchess was released in 2007 and by the looks of it, the pop star has definitely taken her sweet time to perfect her album. Considering the smashing success of The Dutchess, which sold over 8 million copies worldwide and produced chart-topping hits like “London Bridge,” “Glamorous,” and “Big Girls Don’t Cry,” her fans can understand the amount of pressure Fergie must be facing to ensure that her second album does well.

In 2016, the “Fergalicious” singer released two singles including “M.I.L.F.$,” which featured Kim Kardashian, Chrissy Teigen, Ciara, Gemma Ward, and Amber Valletta in the music video. Fergie says that she was inspired to write the song after her son Axl’s birth.

She also released single, “Life Goes On” on November 11, 2016. It was the second single from Double Duchess. She performed the song on The Late Show with Stephen Colbert and The Today Show. There is no confirmed date for the release of Fergie’s second studio album, but fans are hoping to see it sooner rather than later!