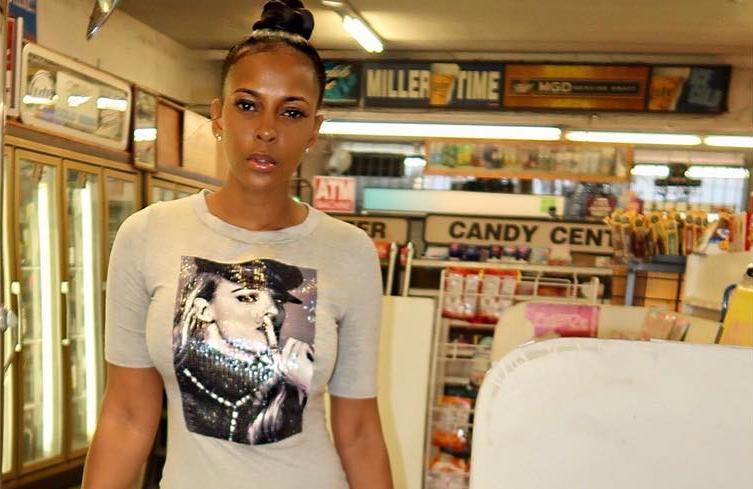 On Thursday, ex-reality star Sundy Carter revealed that she was drugged and raped after video surfaced on Instagram wherein Carter was performing oral sex on a man named Meechie Hoe. Since the news has surfaced, people have become curious to know more about Sundy Carter’s bio and details on the story. We’ve got the scoop.

Following the release of the NSFW video, Sundy Carter took to Instagram and wrote, “The video that was released by Meechie to Amber was all a ploy to sabotage me.” She said that Meechie was a good friend and she even gave him advice on several things. 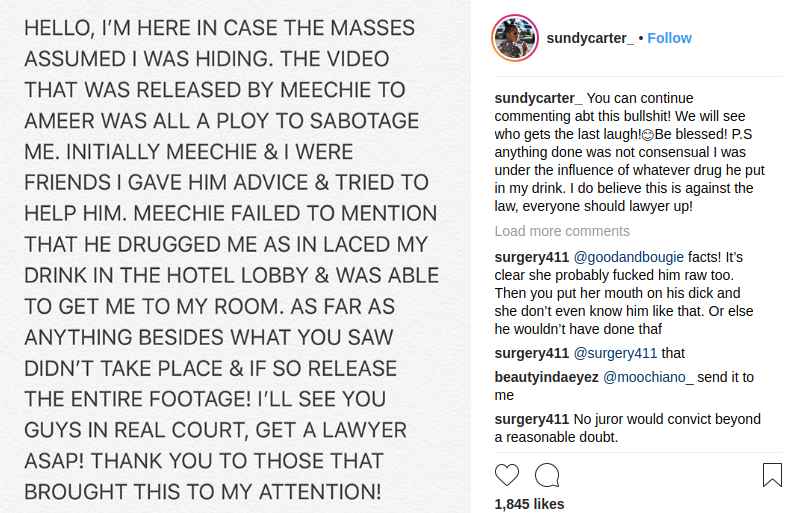 Several comments on her post suggested that maybe Carter engaged in consensual sex with Meechie and the Internet began to take sides. But Carter is confident that the act was non-consensual and is adamant that he slipped something in her drink that night. Carter says that she will take legal action. Meechie, who reportedly works as an actor, responded to Carter’s threat by posting this: 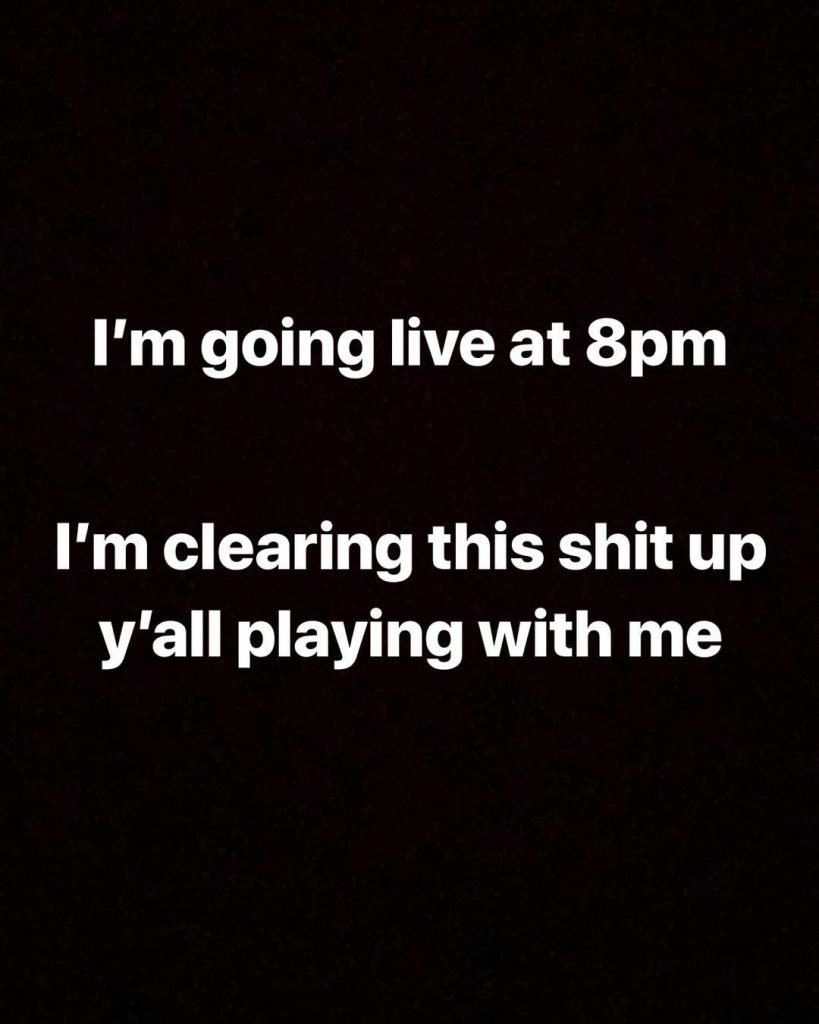 Well, we just have to wait and see what Meechie has to say about the accusations! This has definitely sparked an interest in Carter’s life as now people are interested to know more about her.

Sundy Carter was born on March 30, 1972, which makes her age 46. She was born in Philadelphia, Pennsylvania. Carter’s ethnicity is African-American and her nationality is American.

Sundy Carter Has Acted in Several Movies and TV Shows

Carter began her acting career in 1997. She has appeared in a number of music videos with Method Man/Red Man, Tamar Braxton, Busta Rhymes, and Musiq Soulchild.

Throughout her acting career, Carter worked in several TV shows like Style it Rich, The Arsenio Hall Show, The New Music Buzz, Chasing LA, One on One with Jasper Cole, Basketball Wives LA and the reality show Marriage Boot Camp: Reality Stars. Carter was also on two episodes of The Jamie Foxx Show.

Carter and her ex-husband Cedric appeared on Marriage Boot Camp: Reality Stars to work on their relationship, as Cedric wanted to patch things up. They got divorced 17 years ago but Carter decided she didn’t want to marry him again. Furthermore, Carter revealed that there was infidelity in their marriage from her side.

On the show, Marriage Boot Camp, Benzino revealed that he used to date Carter in the past. However, Carter made it clear that although she knew Benzino for a long time, she never slept with him.

Carter other acting credits include State Property, One on One, Bringing Down the House, Soul Plane, State Property: Blood on the Streets alongside, Beanie Sigel, Jay Z, and Damon Dash, Boss’n Up, After Autumn, Next Day Air, Code Blue, and Forgiveness.

Carter let her hair loose and was a part of music videos like It Ain’t Easy, 4 Life, and Ex$pendable. Besides acting, Carter has modeled for several issues of Solid Gold magazine and Style Q.

According to reports, Sundy Carter’s net worth is estimated at $150,000 all because of her reality show career.

Carter first came in the limelight when she appeared on Basketball Wives: LA as Jackie Christie’s friend on the show.

Talking about how she first came on the show, Carter explained that she and Jackie were very good friends. Jackie was her go-to-girl to fill her in on what happened in previous seasons of the show.

Carter gave her sound advice and the producers liked the chemistry between the two. So, Carter went for the interview and ended up landing a spot on the show. She was a guest in the second season of the show.

When Carter appeared on the show, she created a lot of drama and often ended up being portrayed as the villain of the show. She said she was upset because they didn’t show when she was provoked to say something that was said. Unfortunately, Carter was fired from the show.

So, you can see why some viewers started to think that Carter was being a bully or a hater. She said, “They never saw all the things that happened to bring all of that out. I don’t think anybody in their right mind would just go on national TV for no reason and just start bashing everybody.”

She further added, “I’m very outspoken and people take me being outspoken as something totally different when I’m just being brutally honest. If I don’t like something, I’m going to speak up.” She claims that the editing of the episodes made her look like a bad guy a lot of the time.

Carter ended up becoming the main cast for season three, and then went back to being a guest on the show during season five.

She became famous for her fight with another cast member Draya, which was aired for the world to see. Though she was pegged the villain, fans equally loved and hated her on the show.

During one of the episodes in 2013, Carter got into an argument with Draya, calling her “ratchet.” At the time, Carter had a black eye (which clearly looked like somebody punched her) and for some reason, Draya took credit for punching her! Viewers also thought it was Draya, but Carter set the record straight. She revealed it was actually Malaysia who was behind the black eye.

Unfortunately, the case was filed after two years and the statute of limitations is one year. Carter claims that she found out about it six months ago and has to wear glasses because her vision is now blurred.

Carter has been affiliated with several movements like #Hashtaglunchbag. In 2014, Carter asked men and women to fight against hunger in the community. They offered lunch in the Skid Row area of Downtown Los Angeles.

Her other associations include Light It Up Blue for Autism Awareness, My Heart Foundation, and Belle of the Ball.

Carter Began the “My Heart Foundation”

She took her philanthropy to the next level by initiating her own foundation called the “My Heart Foundation.” It was actually her son who inspired her to start it because he had heart surgery when he was only a year old. She explained that heart disease is from her mother’s side and it affects only the males in the family. She started the foundation because she wanted to bring awareness to heart disease in kids.

Even her brothers have had a heart surgery or a murmur. But when it came to Carter’s son, he had to wait for a year to operate because he was too small. Doctors told Carter that Derek woouldn’t grow past four feet, but today he is 6’2” and he plays sports like basketball, football, goes to the gym. He’s also into boxing. Talk about beating the odds!

Carter periodically hosts Sip ‘n Shop pop-ups every month to raise money and awareness for her cause. During one of the events, Carter took all the clothes she wore on Basketball Wives LA and auctioned them off. The money raised from the event was given to a children’s hospital in L.A.

Carter is using her fame and power in all the right places. She has launched a clothing line called Wicked Beauty that allows people to express themselves without uttering a word.

Carter was married to Cedric Carter. The couple has two daughters together, KK and Deja. But things didn’t work out between Sundy and Cedric and they got divorced in 2000.

Did you know? Her daughter Deja is actually a backup dancer for Disney’s star Zendaya! KK is also inclined towards music and is working hard to make a big name for herself in the music industry. 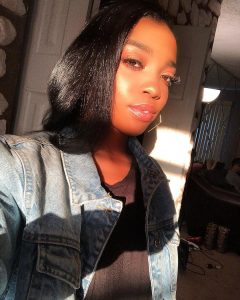 In 2017, Carter came under fire for allegedly posting a picture of her daughter kissing a penis, but she appeared on The Breakfast Club radio show to clear it up.  In the interview, Carter explained that her daughter ran away for ninety days and she does not know where that picture came from, adding that she would never have a photo like that on her phone nor would she ever post it. The photo was rumored to be posted by Carter in retaliation for her daughter allegedly calling her a “hoar.” But Carter insisted those rumors were not true. “She could never upset me to that point,” said Carter, adding, “Because I am a mother first.” She insisted that she really didn’t want to talk about that.

After her divorce, Carter started dating, former NBA player, Larry Hughes. Sundy’s third daughter Kennedy is Hughes’ daughter. She was also slammed for this alleged affair, because in 2007, Sundy was pregnant with Kennedy while Hughes was still married to his wife, Carrie. 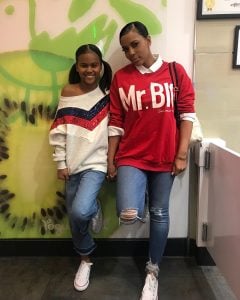 Reportedly, Hughes didn’t take responsibility for Kennedy, but in 2010, he visited Carter and his daughter under the pre-text of Carter being his wife. According to Carter, she did not know he was married when they conceived.

Carter Was Sexually Abused By Her Babysitter

During an episode of Marriage Boot Camp, Carter revealed that she was sexually abused by a babysitter. This heartfelt revelation earned her a lot of support, sympathy, and love.

She Called Out Amber Rose

I don’t mind being asked to the dance! Just give me more than an hr to get dressed?shooter: #KINGKEN? #ariesseason♈️

Long back, Amber Rose commented something on Philadelphia native women not being, “traditionally attractive people.” Carter didn’t like the comment and she wrote, “I’m a Philly native and took offense to what you ORIGINALLY said. ‘Traditionally’ means typically and being that your words don’t match what you preach as far as women empowerment, encouraging young girls to wear what they choose yet demand respect and all of the other bull-s**t you say screams a lot about your insecurities as well as character!” Carter’s definitely not one to hold her tongue, especially on any issue she feels strongly about!

Oop!! Former #BasketballWives star #SundyCarter has a message for #AmberRose after she decided to clear up some rumors earlier today ? (SWIPE)

Then again, AmberRose isn’t one to take criticism lying down, either! She responded to Carter by saying:

#AmberRose had some time today to clear up all the rumors, including the status of her relationship with #WizKhalifa and those rumors she cheated on #21Savage ?

Rose further affirmed, “I have never said the girls in Philly are ugly. I would never call anyone ugly I’m not that type of person. I was simply speaking of how I was treated in my own neighborhood.”

Aside from her run-ins with drama, Carter has had her run-ins with the law. Back in 2014, she was arrested on DUI charge. Besides drinking and driving, Carter was also booked on suspicion of being an unlicensed driver. She gave $10,000 as bail and was released.