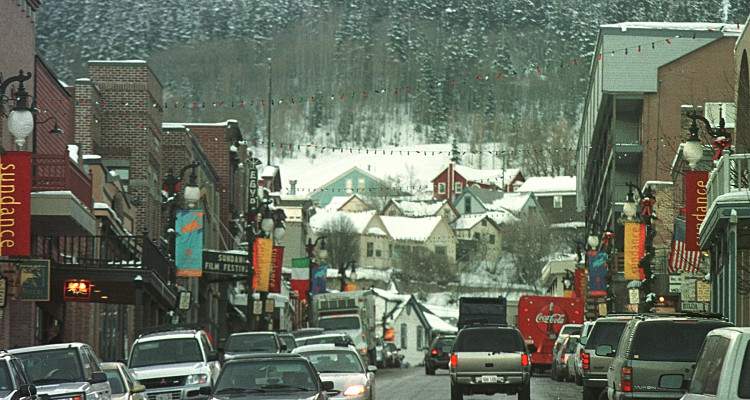 The Sundance Film Festival 2018 starts on Thursday, January 18, and some of the best independent films made in the last year will be shown. The directors who helmed these exquisite films are a mix of new and experienced, but the quality of these films are undeniable. Films from the Sundance Film Festival often go on to receive Oscars, and only a few get a first look at them all! Read on to learn about five films that have the potential to walk away with the festival’s top prize for 2018!

The Sundance Film Festival started small in Salt Lake City, Utah, in August 1978, with the primary purpose of attracting more filmmakers to to the quiet state. But over the years, it has become the largest independent film festival in the United States.

It now takes place annually in Park City and the Sundance Resort, becoming the place for American and international independent filmmakers to come and showcase their new, cutting-edge work. The Sundance Film Festival 2018 starts on Thursday, January 18, and ends on Sunday, January 28.

The Master Director Is Back

This year (as with every year), there is huge excitement and anticipation regarding the films that will be showcased. The films in this year’s competition are diverse, brave, richly told, and wholly unexpected. Some are already gathering buzz and being touted as likely winners of the Sundance 2018 best movie award! But nobody has more buzz than veteran director, Gus Van Sant’s Sundance 2018 movie, Don’t Worry, He Won’t Get Far on Foot.

The film has a powerful cast comprising of Joaquin Phoenix, Jonah Hill, Rooney Mara, and Carrie Brownstein and is a dramatic recounting of a true story about sobriety and disability. This movie is already creating Oscar buzz, as well. It’s said to be one of the highlights of the festival!

A Time for Introspection

Jennifer Fox made her directorial debut with The Tale, a grim story of a woman who revisits her youth to re-examine an early sexual experience that went horribly wrong. Laura Dern plays the woman and delivers a knockout performance that has Oscar win written all over it! Another movie that’s expected to turn heads and raise eyebrows is Burden, which tells the story of a young Ku Klux Klan member (Garrett Hedlund) who understands the mistakes he’s made in his hate, with the help of a black preacher, played by Forest Whitaker.

Thrilled to partner with Tiffany on their new Fall campaign! #TheresOnlyOne @tiffanyandco ?????????????

Another noteworthy film this year is director Craig William Macneill’s take on alleged murderess, Lizzie Borden simply titled, Lizzie. Chloe Sevigny plays the title role, while Kristen Stewart is the family’s live-in maid and Borden’s suspected lover. A film certainly not for the squeamish! Another possible winner is the second feature film from director, Reed Morano titled I Think We’re Alone Now, in which a man, who is the only person believed to survive an apocalypse, meets a young woman played by Elle Fanning.

Who Will Win Big?

Thanks to the high quality and enduring popularity of the films shown at Sundance, it has now become a mega-event that everybody wants to attend! Today, the Sundance Film Festival is often the first place where different, daring, and uniquely creative films get the opportunity to wow viewers and gain early praise, or the complete opposite. So, who will win the top prize in this year’s competition? Will it be one of the above five films, or will a proverbial dark horse gallop away with the prize? Come January 28, 2018. we will all be in the know!