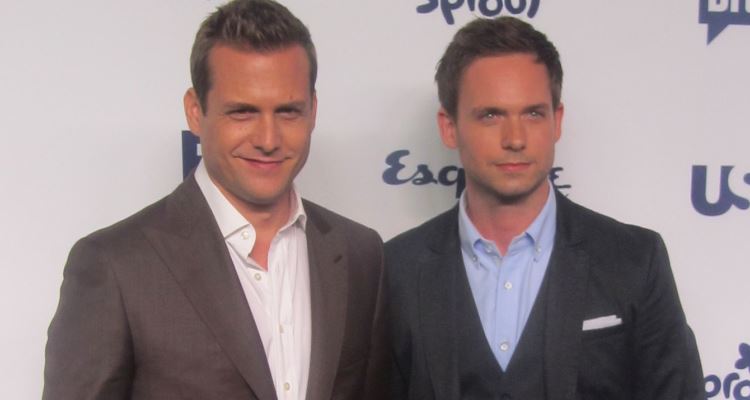 It looks like your will be Wednesdays looking a lot better, now that Suits is back tonight! As many may have forgotten (due to the lengthy winter hiatus) the Suits season 6 premiere date is Wednesday July 13 and we can’t believe it’s already here. Fans (also known as Suitors) have been looking forward to this moment ever since the shocking season five finale. Many have needed to search for terms such as: “Suits season 6 release date,” Suits season 6 air date,” and “Suits season premiere 2016,” in order to find out exactly when they can see the Suits cast back in action.

And let’s face it, we all miss those inspiring, powerful Harvey Specter quotes, the brotherly love and the sass of the all-knowing, Donna Paulsen. In preparation of the season six premiere, we bring you some very important need-to-know facts about the new season, before its premiere.

New Kid on the (Cell) Block

After finally being caught on the five-year running lie about being a lawyer, Mike Ross turned himself in to police custody and plead guilty on the day of his shot-gun wedding to Rachel! Even though Mike was going to be a free man due to insufficient evidence of his charges, he didn’t want to take the risk of relying on the jury and saved all those involved from going to jail. Now, Mike is in prison for a couple years and the hard fact is that prison will change him this season. In the trailer we see Mike in a jumpsuit and in other shots, ready to be beaten up by several other inmates. Sadly, fans shouldn’t expect Mike to be his usual self or get out of prison anytime soon in this season.

Mike may have made the selfless act of turning himself in but it didn’t save the firm. At the end of the last season fans got a glimpse of a vacant Pearson Specter Litt office. This came as no surprise since everyone was jumping ship (including clients and staff) in order to save themselves from the bad press and tainted reputations. Now, fans will come to learn (from the mouth of Jessica Pearson herself) that the firm is being sued by every case that Mike ever touched. It was expected but how will the firm bounce back?

After being left at the altar and sharing a bitter-sweet goodbye, Rachel and Harvey are remembering when they first met Mike and how things used to be before the firm’s biggest secret got exposed. Suits is always known to be good at providing flashbacks to who characters used to be and how they got to where they are presently. We even get to see Jessica reminisce about her past and how she climbed up the corporate ladder, before her name was on the door.

Mike may not be able to share the witty banter and brotherly love scenes that Suits is famous for but that doesn’t mean that Harvey has given up on his partner in crime, literally. Fans will get to see Harvey do whatever he can to get Mike out of prison and it’s safe to assume that he may not do it on the straight and narrow, after all this is Harvey we’re talking about.

Popular alumni, Carly Pope, has been tapped in for the sixth season of Suits. Pope will guest-star as Tara Messer, a commercial architect Louis will bring in to intervene when he can no longer cope with another new Suits character, Stu Buzzini, an intolerable Wall Street trader.

Catch the season six premiere of Suits, tonight at 9:00 p.m. EST on the USA network.