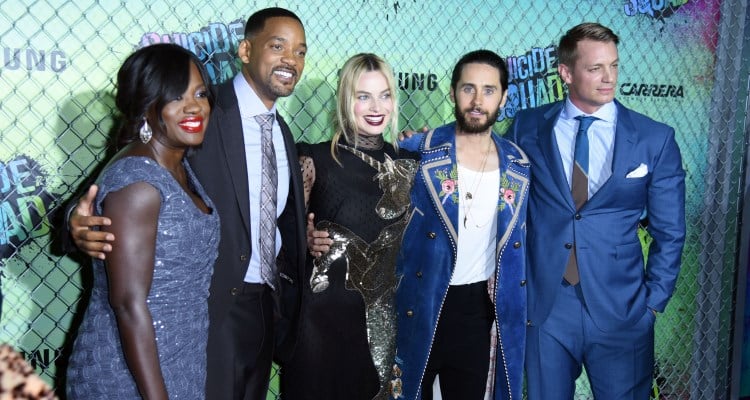 Suicide Squad, the latest DC comic book movie to be released on Friday, August 5, features a large ensemble cast featuring some of Hollywood’s most established and biggest upcoming stars. And with that kind of star power, there’s obviously a lot of money being thrown in the films’ direction. This applies not only to the production budget and what it costs to make a film this big, but to the Suicide Squad cast’s paychecks. After all, these stars are going to bring in many people who are unfamiliar with the characters from their comic book origins, so they’ve got to be handsomely compensated, right? Here’s a guide to Suicide Squad’s budget and each cast member’s role and salary.

The Suicide Squad Budget: How Much Did the Movie Cost?

Suicide Squad is the sort-of-spinoff of Batman v Superman: Dawn of Justice, about a group of convicted supervillains that the U.S. Government agrees to enlist, in order to reduce their prison sentence, but only if they successfully complete a secret mission too dangerous to risk sending their own trained, loyal and law-abiding agents. In the film’s mission the team will end up saving the world—even if they don’t really want to.

Actor Ike Barinholtz, whose role has not even been disclosed yet (and he isn’t allowed to share it) revealed the film’s budget during a late 2015 interview on The Howard Stern Show. Prepare yourself: it’s quite a lot! The The Mindy Project regular said (merely in passing and possibly by accident) that the film’s budget was over $250 million! For the sake of perspective, the prior DC Comics film, Batman v Superman: Dawn of Justice, was said to cost about $410 million, which ties Pirates of the Caribbean: On Strange Tides as the most expensive film ever. The first two planned Justice League films will have around $250 million each to work with.

Given that the film has some big names behind it, they really doled out the dough for the Suicide Squad cast paychecks. While not every name involved has had their pay made public, it can be fun to guess before viewing the movie, especially after seeing how many scenes they are actually in.

Here is the main cast of Suicide Squad, the role they are playing and, if available, their salary.

The former Fresh Prince plays Deadshot, a devoted dad to a young girl by day and a mercenary who enjoys his assassination work by night. Deadshot is a regular member in the comics (the roster rotates often) and given that Will Smith is the biggest star in this movie, it’s likely his role will carry over in the event of a sequel. Smith’s stardom also translates into his paycheck, as the star is reported to have the biggest payout for the film, earning $20 million for playing Deadshot, which will surely add to his net worth of $260 million.

Leto will be playing The Joker (Batman’s arch nemesis), and while his role isn’t the biggest in the film, he has the honor of playing the most popular and probably the most well-known character. Jared Leto is believed to be worth $40 million, before the addition of the $7.0 million he is said to have received as a salary for Suicide Squad.

Model and actress Cara Delevingne will be playing Enchantress, an archeologist who is possessed and becomes a sorceress. Rather than being a member of the team, she is the Suicide Squad’s target as she is viewed as a major threat to the world. Delevingne’s salary for the film has not been disclosed, but it’s known that she has made $9.0 million in the past year and has a net worth of $17 million.

In what many are expecting to be the show-stealing role, Robbie plays Harley Quinn, an ex-psychologist and the former sidekick/love interest of The Joker (though said love was likely very one-sided). The details of her Suicide Squad salary have not been released, but it has been confirmed that her net worth is in the range of $8.0 million, which will probably grow based on her performance in this film.

Courtney is Captain Boomerang, a member of The Flash’s rogue gallery who throws (as his name implies) deadly boomerangs. His salary for Suicide Squad also has not been made public, but it is sure to supplement his estimated $3.0 million net worth.

Adam Beach is Slipknot, who is a master at using a variety of ropes. We don’t know his salary, but his current net worth is $2.0 million.

Hernandez’s has taken on the role of El Diablo, a pyrokinetic (he can control fire). Though what his paycheck might look like for Suicide Squad is unknown, the star has a reported net worth of approximately $5.0 million.

Ben Affleck reprises his role as the Dark Knight from Batman v Superman: Dawn of Justice for a quick cameo in this film. His salary for the cameo has not been confirmed, but it was probably a pretty penny to have added to his $17.5 million net worth!