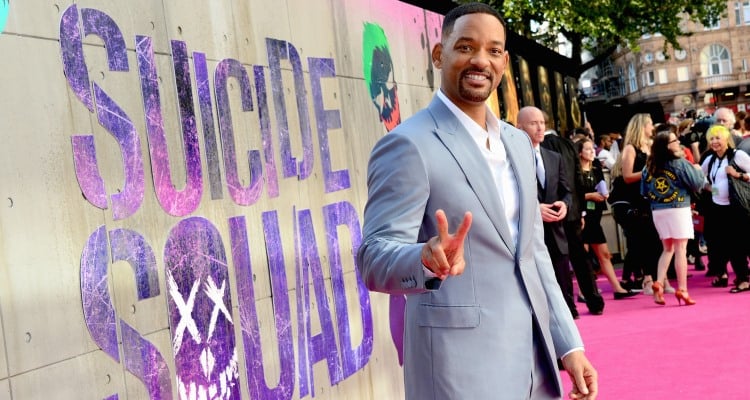 Suicide Squad, the latest movie featuring DC Comics characters and the follow-up to 2016’s Batman v Superman: Dawn of Justice, will be released in theaters tomorrow, August 5. With professional reviews regularly making their way online all week, many are beginning to wonder what Suicide Squad’s box office collection will be, among other Suicide Squad predictions. More specifically, it is being compared to what is said to be its closest equivalent with Marvel Comics characters, FOX’s 2016 film Deadpool. Can the Suicide Squad win a box office battle with “the Merc with the Mouth?” Here’s info about the expected Suicide Squad box office earnings.

Suicide Squad is a new movie starring an ensemble cast that includes Will Smith, Jared Leto and Margot Robbie (plus a cameo by Ben Affleck as Batman). The film takes place in the DC Extended Universe and features a group of supervillains performing black ops work for the U.S. Government in exchange for having their current prison sentences reduced. The film has been called the DC Comics version of Deadpool (Fox’s spinoff of the X-Men franchise) about an antihero (who was essentially a criminal) who, like the Suicide Squad, did good things for selfish reasons.

Suicide Squad predictions have the film making anywhere between $100 million and $140 million over the course of its debut weekend, with the movie having supposedly cost anywhere from $175-$200 million to make. Given the comparisons, Deadpool is the comic movie it will likely be trying to beat, though it’s going to be quite an uphill battle; the Ryan Reynolds film grossed over $782 million worldwide and is the sixth-highest grossing film of 2016. It also holds the title for the biggest-grossing R-rated film in history (and Suicide Squad is PG-13, for the record).

There’s also the oh-so-important factor of initial reviews, prior to the film’s release. While a film will always benefit from people seeing the movie on opening night and spreading a positive opinion to friends and on social media, the general consensus of critics can be what determines if there’s that many people who’ve seen it and can spread positive word of mouth in the first place.

Unfortunately, for Suicide Squad’s box office earnings, the media already hasn’t been to kind to the film. The movie, less than 24 hours ahead of its public release, sports a 29% “fresh” rating on review aggregate site, Rotten Tomatoes, with 39 positive reviews and 94 negative ones. This is still above Batman v Superman’s 27% rating (not that that is anything to be proud of, mind you) but well below the 84% rating that Deadpool received over its theatrical run.

Common criticisms of Suicide Squad have included weak action scenes, most of the cast not being utilized well, the soundtrack being applied poorly (it’s said to sometimes make it hard to hear actual dialogue) and the film’s flow and pacing, in general. There has been reports that most of the movie’s problems is a result of executive meddling following the poor reception of Batman v Superman, and subsequent fear that the DC brand had been damaged by its reception.

It was also previously reported that reshoots for the film occurred, which were believed to be for new scenes that would add some comedy to the movie, in an effort to address complaints that Batman v Superman was “too dark” and “too serious.” Deadpool’s success was also cited in these reports as a reason for the new, humorous scenes; perhaps since their attempt to copy Marvel Studios’ films failed (Batman v Superman), they decided to try and better emulate FOX’s module instead (Deadpool).

That’s the box office, though. And if you were wondering what the cast members of Suicide Squad walked away with, you can find that information here.