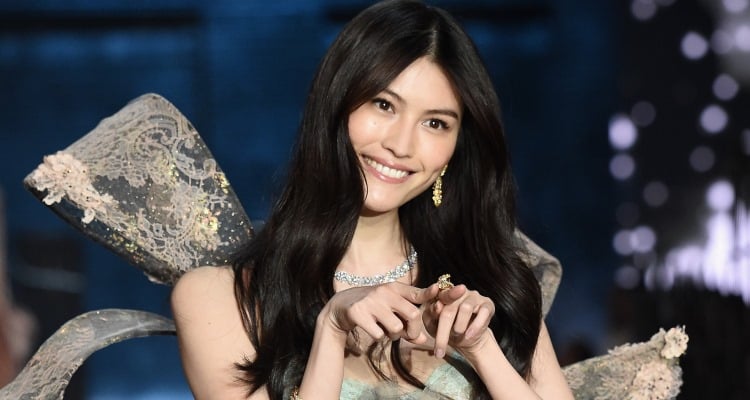 The Victoria’s Secret Fashion Show 2016 takes off next week and to prepare, we’re sharing some fun facts about your favorite Angels and supermodels! Keep reading to find out some interesting facts about Sui He.

The Victoria’s Secret Fashion Show 2016 airs December 5 at 10:00 p.m. EST on CBS, and fans of the supermodels want to know more about them ahead of their catwalk. If you want to learn all about your favorite VS beauties, we’ve got what you need to know right here! Only a few years into her career, Sui He is already making history as a trailblazer for Chinese models. For weeks, the Victoria’s Secret Angels and models have been sharing snaps and photos in preparation of next week’s show. Many are curious to know more about the gorgeous model and are wondering things like: how old is Sui He? What is Sui He’s height? Who are Sui He’s parents? What is Sui He’s ethnicity? And what is Sui He’s net worth? Keep reading our Sui He wiki because we’ve the answers to all those questions and more about this adorable Asian model!

Sui He was born in Wenzhou, Zhejiang, China on September 23, 1989. The 27-year-old is known for her cheerful and friendly demeanor, but she sure knows how to sport a smolder for the catwalk! While in Wenzhou, she was a member of the city’s swim team for seven years. There is no information on her family available in English, but as she gains global momentum with the upcoming VS Show, fans are hoping more information on her background will become available.

When Sui He was 17 and still a junior in high school, she entered a Chinese modeling contest and won. She signed with China’s Bentley Culture Development Co. in Beijing. Sui He’s agency experience also includes Storm Model Management (London), Fashion (Milan), Nathalie Models (Paris), and New York Model Management. In 2011, Sui He became the second Chinese model, after Liu Wen, to walk for Victoria’s Secret—she walked in the 2011, 2012, 2013, and 2014 VS Fashion Shows. As of 2013, she is ranked #13 on the Top 40 Models Women List by models.com. Sui He made many other debuts for runway and covers, including works for Ralph Lauren, Dior, Karl, and H&M. Sui He was chosen to be the first Asian global spokesmodel for Shiseido. Watch the video below to see just how sweet she is! Sui He shared some interesting facts about herself with VOGUE Germany.

In February 2016, Sui He got caught up in a messy legal battle after New York Model Management agency sued her for $1.0 million per charge. The gorgeous runway beauty was accused of leaving her agency to join a rival and the lawsuit stated that the agency incurred “significant expenses and costs, both in terms of time, money and opportunity in building up a model to the point where he or she can book regular work.” The suit also accused Women Management for enticing the model to break her contract—the suit against them still stands. NYMM attorney, Robert Hantman told the New York Daily News, that the top model may have misunderstood the complexities of her contract with the agency, and that she was still “invited to come home” to the group. The model was terrified at the situation, not realizing how it would affect her work visas, and decided to stay with NYMM. Hantman said, “She made a wise choice and is now back with New York Models, who made her a star.” It’s no wonder Sui He is so coveted—she was the first East Asian model to open a Ralph Lauren show (2011)!

Aside from modeling, Sui He also dabbled in an acting career. She was part of the You Are My Sunshine cast in 2015. Sui He’s net worth is estimated to be $8.0 million.

Sui He’s height is 5 ft. 9.5 in. and she weighs 117 lbs. Her measurements, according to Healthy Celeb, are 30.5-23-34.5 in. and her shoe size is 7.5 U.S. Some people are likely admiring her slim figure, wondering “what was Sui He’s diet before and after Victoria’s secret fashion show.” To the surprise of many, Sui He doesn’t have a big problem with managing her weight! She does workout with a personal trainer for regular sessions, and she uses the Nike Training Club app on her Smartphone when she can’t meet with her trainer one-on-one. On Instagram (@hesui923), the Chinese beauty shared a few photos during her workout. She incorporates yoga and boxing into her routine, as well as creative exercises with a balance ball. The model also spends time at the gym, making sure her body is toned and slim for the show!