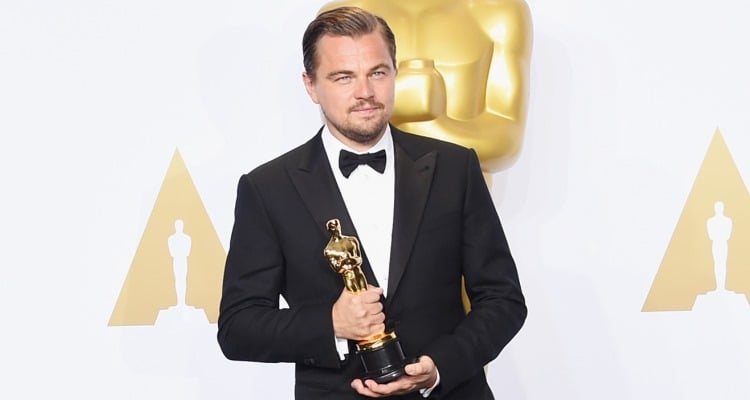 The 89th Academy Awards are almost here and Jimmy Kimmel is at the helm of it, in charge of setting the mood for Hollywood’s elite. But before we let Kimmel give you a few laughs, we thought we would start by giving you the best Leonardo DiCaprio memes, that are still just as funny to this day!

Ever since Leonardo DiCaprio’s Oscars in 2016, when he finally won his first award, critics of The Revenant actor wasted no time in coming up with Leonardo DiCaprio’s funniest Oscar memes. Everyone knows how long the Titanic alum had waited for that moment to finally happen and, after many years of being pushed aside, he can finally stop whining about not getting the most-sought after award.

There was a time when the Wolf of Wall Street star had five nominations and still no Oscar, and not everyone was sympathetic about it. It’s not enough to be rich and famous, you have to win an award for everyone to know just how rich and famous you actually are! The Leonardo DiCaprio-Oscars battle is finally over, but some still can’t help but have a good laugh —at his expense. Get ready to laugh, because we have found you the best Leonardo DiCaprio Oscar memes on the Internet, right here!

We have to wonder if DiCaprio ever sat down and thought about how to win an Oscar, or if he went to bed on an expensive thread count haunted by what might never happen. Thankfully, it did! 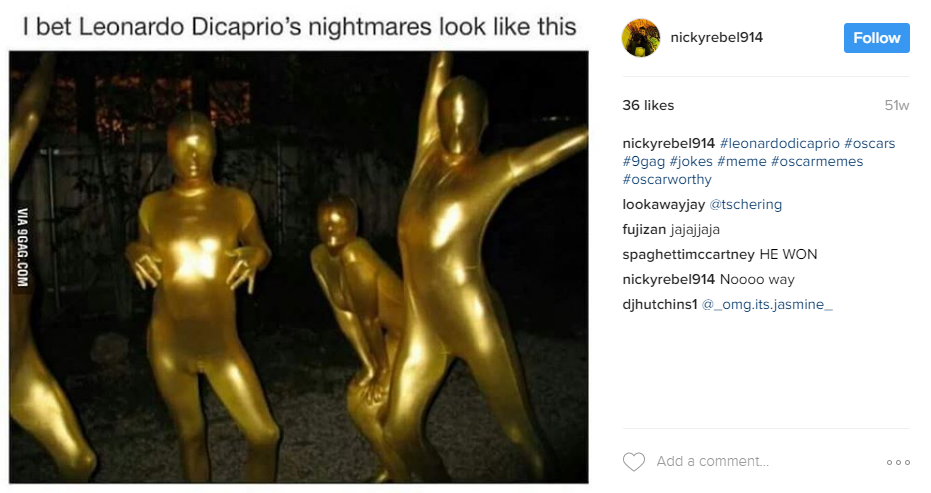 If you thought Romeo and Juliet had a tragic love story, then you haven’t witnessed the struggle DiCaprio has gone through losing his Oscar spotlight every other year. 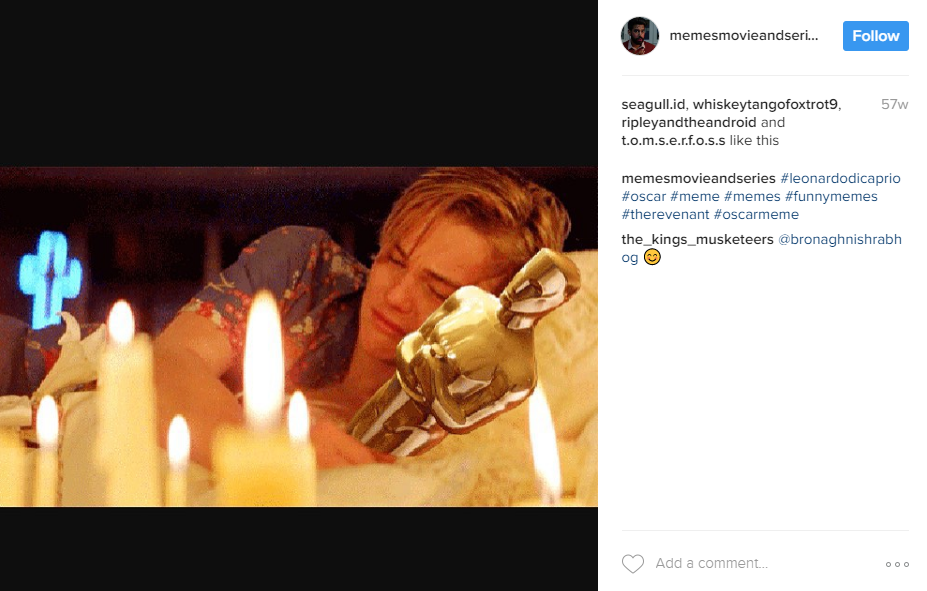 The things a man will do for a little recognition! It’s hard to watch all the new kids win Oscars based on the timing of their amazing roles, but when you’ve been in the business for so long, you start to wonder. If we crawled into a dead horse for warmth, we would expect an Oscar too! 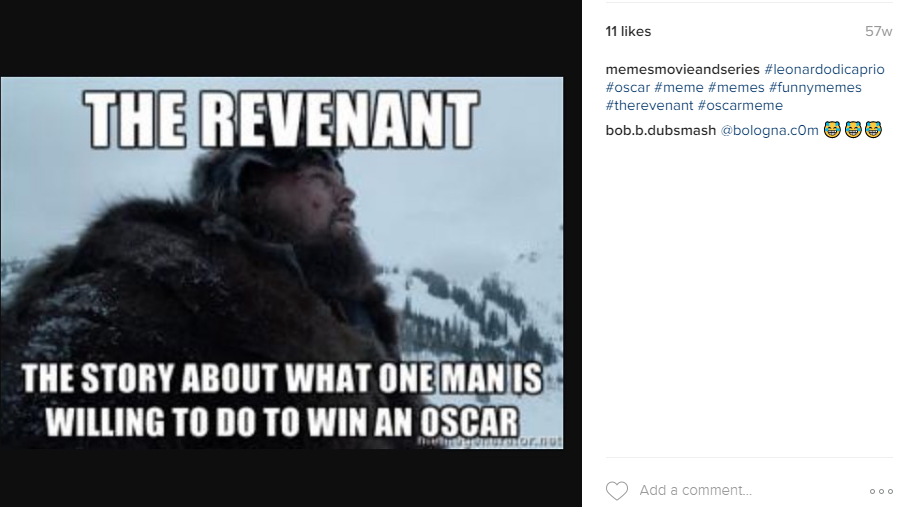 Leonardo DiCaprio vs. The Bear

We all remember that bear attack in The Revenant and it’s no surprise that Christopher Robin’s face got swapped for DiCaprio’s, while Winnie the Pooh jumps on top of him. The juxtaposition is actually hysterical.

Cry Me a River, DiCaprio

This meme is perfect, since everyone can relate to being left out of a selfie, at least once. It’s bad enough he couldn’t seem to snag an Oscar, but to be left out of Ellen’s infamous Oscars selfie, too? It’s too much! 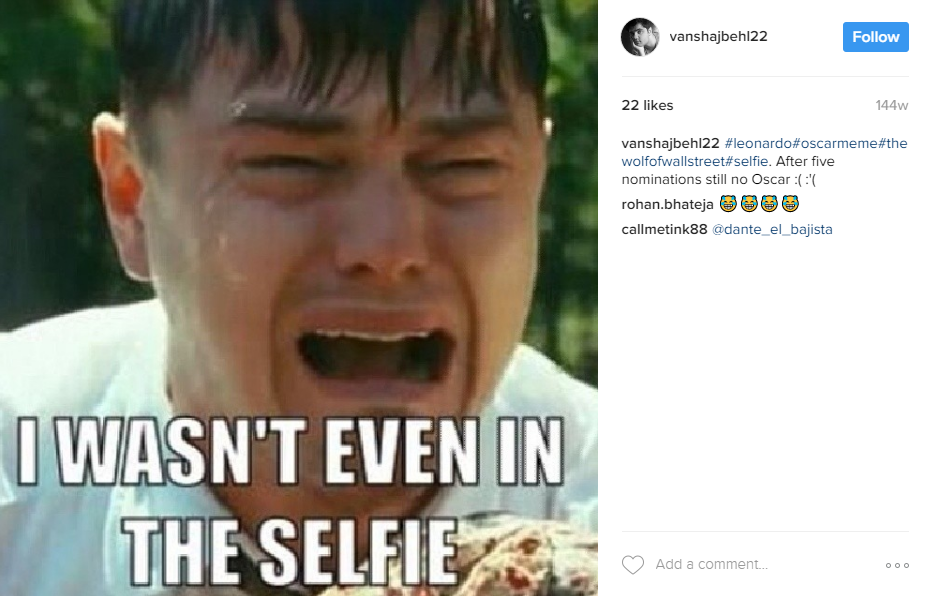 Are You There Oscar? It’s Me, Leo

We’re not sure how DiCaprio would react to someone else instantly winning an Oscar for playing him, but we can imagine how funny it would be if the day ever comes. Does this meme give you an Inception vibe, too? 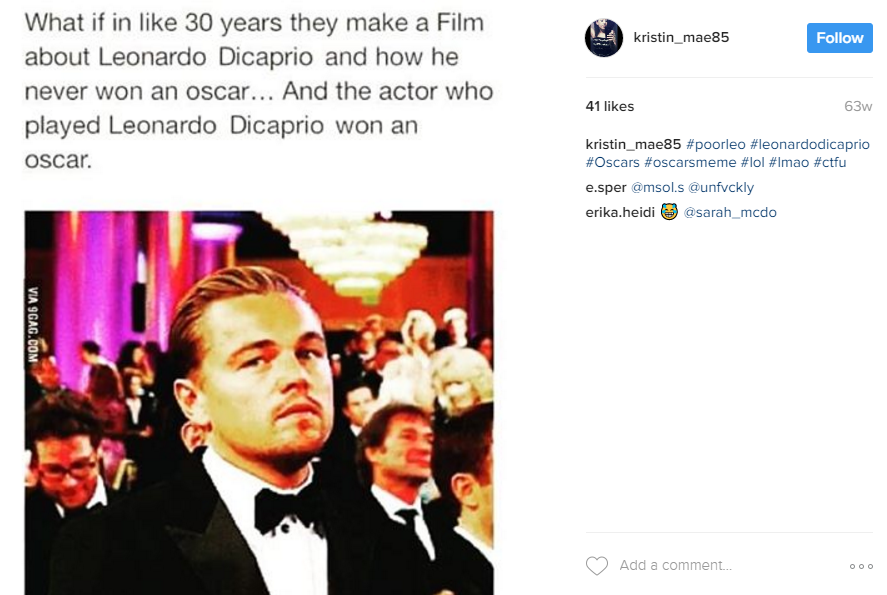 And finally, the Moment You Finally Win an Oscar…

If it took you almost 20 years to win an Oscar, you would be dancing too!