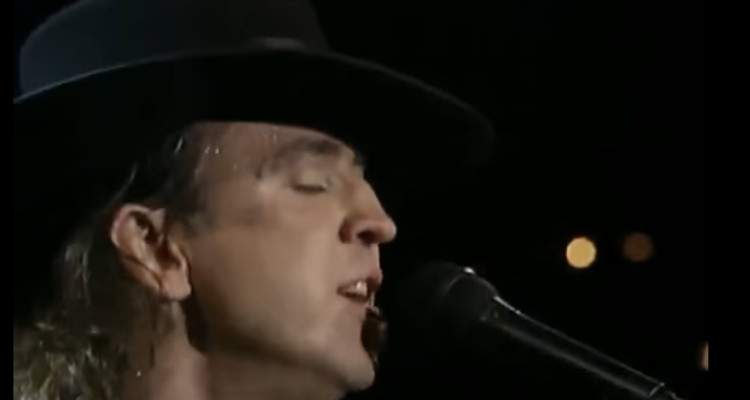 Stevie Ray Vaughan had a brief career cut short by his tragic death. However, he is still one of the most influential musicians today. His girlfriend at the time, Janna Lapidus Leblanc, didn’t let his legacy fade. Read on to learn all about her.

She Was a Model

Janna Lapidus was born in Belarus during the Soviet era. When she was young, her family moved to New Zealand hoping for a better life. Growing up in Wellington, Janna and her family found the opportunities they were looking for.

She began modelling at a young age, appearing in several local advertisements and commercials. Some of her modelling work even took her on international gigs. It was through her modelling that she met Stevie Ray Vaughan.

They Met When He Performed in New Zealand

Stevie Ray Vaughan was a guitarist from Texas who was fast gaining worldwide recognition for his amazing music. As his career soared, so did his partying. The musician was just as famous for drugs and partying as he was for his music.

His marriage to Lenora Bailey lasted a little over six years, and he had a few relationships before meeting Janna sometime in the ‘80s. He performed several times in New Zealand, but it was during his “Live Alive” tour stop in 1986 that they met.

She was only a teen model who worked with him in a New Zealand TV commercial. Despite their age differences and the fact they were from different continents, they made their relationship work.

He reportedly turned over a new leaf and gave up on his hard partying lifestyle for her. He famously bought a sunburst Diplomat Strat-style guitar for Janna to learn how to play. She traveled and even moved in with him until a fatal helicopter crash killed him in 1990.

Vaughan died on August 27, 1990 when the helicopter carrying him and four others after a concert crashed, shortly after takeoff. 35-year-old Vaughan and the others on board the helicopter, including the pilot, were killed instantly.

A grieving Janna threw herself into work. She continued modelling and traveling with a new sense of gratitude for each day. She also released the book, Four Years in Pictures: Offstage with Stevie Ray Vaughan, 1986-1990.

The memoir was a tribute to Vaughn, containing candid behind-the-scenes photographs of the late star’s last four years. The photographs are from Janna’s private collection, which she compiled to go with a narrative on his struggles with drugs and alcohol.

There’s no report on what Leblanc has been up to lately. Years after Vaughan’s death, she reportedly fell in love again. She married her husband in New York City, where they met, and now goes by Janna Leblanc. She and her husband are parents to two sons.