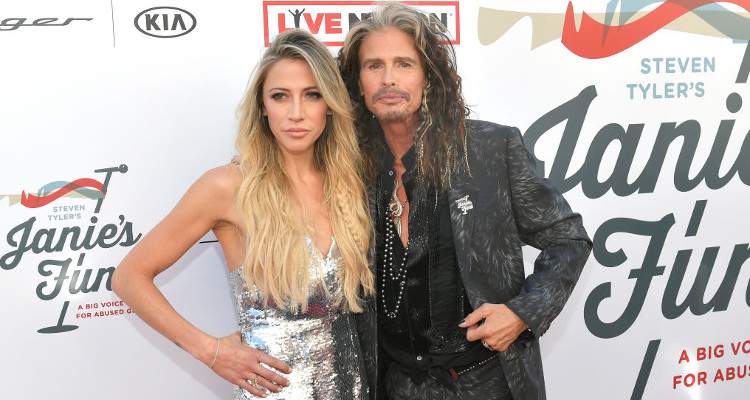 Aerosmith fans remember Steven Tyler from his “Dream On” days. The singer channeled his ‘70s rocker style for the new Kia ad at the Super Bowl, and fans loved it! He has always been a ladies’ man, and even decades later, the star’s love life is rocking! Tyler is reportedly dating Aimee Preston, his personal assistant. Find out more about Steven Tyler’s girlfriend, right here!

Age is just a number, and Steven Tyler shows us how! The Aerosmith rocker is dating his gorgeous personal assistant, Aimee Preston and he seems as youthful as ever!

For the last two years, Steven Tyler and Aimee Preston have often been seen holding hands, and they can’t keep their eyes off each other! Showing some PDA at a recent Grammys party, the couple looked deeply in love.

So, who is Aimee Preston? We’ve got the scoop on Steven Tyler’s dreamy lady with details from Aimee Preston’s wiki.

Aimee Preston is from Denver, Colorado. She went to Denver School of the Arts and studied musical theatre at New York’s American Musical and Dramatic Academy.

Preston worked for the Trump organization for four years after graduating from AMDA in 2007. She then worked for XIX Entertainment before landing the job as Tyler’s executive assistant in October 2012.

The blonde beauty was previously married to talent manager, Scott Schachter. And she still uses her former husband’s last name on some of her social media profiles.

Instagram is the place to be if you want to see Aimee Preston’s hot pics. She will definitely give you style goals!

Aimee Preston’s age is 29, but that hasn’t stopped her from winning over Steven Tyler, who is 40 years older than her!

Romance soon blossomed between the two, after Preston began working for Tyler in 2012. Rumors of a relationship swirled in March 2014 when a source told The Daily Mail that Tyler and Preston were “having fun together.”

Pictures of them riding together on a motorcycle and spending a cozy evening in Malibu surfaced on the Internet, and everyone wanted to know more about Tyler’s new ladylove.

A relationship between the two was confirmed when they were spotted holding hands at an Elton John party in February 2016. Since then, the couple has made several public appearances, and they do not shy away from the cameras.

Last week, Preston was by Tyler’s side for the Janie’s Fund gala night. The charity was founded by Tyler to provide counseling and protection for young female abuse victims.

We love this picture of Preston in her strappy sequin dress!

Last night was everything and more. So proud of our hard work and so honored that so many people came out to support us! More importantly we are so proud of our girls who stood up and shared their stories with us. We do it all for them! #janiesfund #2.4mil #seeyounextyear To my glam babes thank you thank you! ❤️ hair: @riawna makeup: @glambyemarie photo: Broski @swayjaycalvin #belleoftheball

Love Is in the Air!

Aimee Preston’s Instagram also has several pictures with the leading man in her life. She is one lucky lady. After all, who wouldn’t love to have Steven Tyler all to themselves?!

Preston posted a picture in September 2017 in the aftermath of Steven Tyler’s canceled concerts in South America. The Aerosmith rocker had to cancel his tour midway after an unexpected medical issue but he recovered quickly.

On Sunday, Tyler and Preston were all smiles as they enjoyed the Super Bowl together. Steven Tyler took us all back in time, but he isn’t missing anything with the beautiful Aimee Preston by his side!