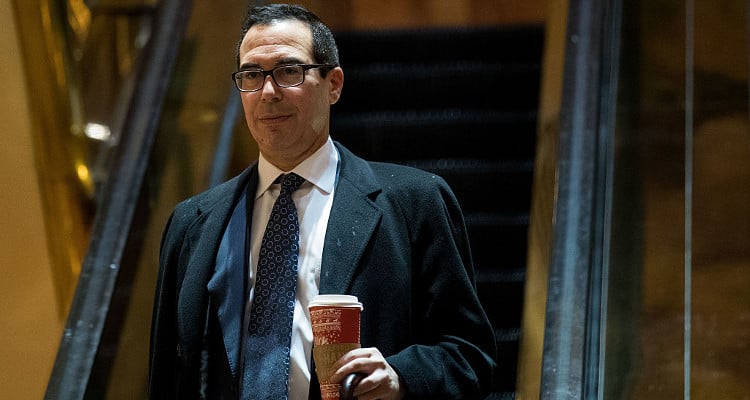 Steven Mnuchin has built a reputation as a turnaround specialist who can lead ailing companies to profit. He has done it in the high-stakes banking industry and in Hollywood. According to sources, Steven Mnuchin’s net worth could be as high as $400 million, so there’s no denying the man knows a thing or two about money. But as Trump’s pick for Secretary of Treasury, can Mnuchin turn around the struggling American economy? Donald Trump certainly thinks so!

President-Elect Donald Trump has made several interesting choices for his proposed cabinet. One interesting person to be joining Trump’s presidential team is 54-year-old, Steven Mnuchin. On November 30, 2016, it was announced that Mnuchin would be nominated as the Secretary of the Treasury in Trump’s administration. Mnuchin comes on board after spending years working in the private sector. How much is Steven Mnuchin worth? Mnuchin’s net worth is estimated to be around $400 million. We will tell you how rich Steven Mnuchin is, and provide some details from Steven Mnuchin’s wiki.

Who is Steven Mnuchin?

Steven Mnuchin is a former Goldman Sachs partner as well as senior manager and hedge fund investor. Mnuchin was born on December 21, 1962, in New York City. He is the second youngest son of Elaine Cooper and Robert Mnuchin, a partner at Goldman Sachs in charge of equity trading and a member of the management committee. After finishing high school, Mnuchin enrolled at Yale University, where he graduated with a Bachelor’s degree in 1985.

Most of Steven Mnuchin’s knowledge has come from his work. While still at Yale, Mnuchin joined the Salomon Brothers investment bank as a trainee in the early 1980s. After graduation, Mnuchin joined Goldman Sachs, where he started the mortgage department before making partner in 1994. He held several important posts at Goldman Sachs until he left it in 2002. After his 17 years at Goldman Sachs, Mnuchin left a rich man, receiving about $46 million in stock and $12.6 million as severance.

Steven Mnuchin worked for a year as the vice-chairman of a hedge fund at ESL Investments. In 2003, he started SFM Capital Management along with financier, George Soros. Later, he founded Dune Capital Management and became its CEO. This was when he first came in contact with Donald Trump, as the firm invested in two of Trump’s projects, The Trump International Hotel and Tower in Honolulu, and its namesake in Chicago. Though Trump sued Dune Capital then, he has now selected Mnuchin to be his Secretary of the Treasury.

Now that Mnuchin decided he wanted to be a big player in the finance industry, he led a group that purchased failed house lender, IndyMac for $1.55 billion in 2009. After buying out this bank, it was renamed OneWest Bank and Mnuchin served as its CEO and chairman. He began showing his talent as a turnaround manager by buying failed banks such as First Federal Bank of California, La Jolla Bank, and a portfolio belonging to Citi Holdings. Within a year of being purchased, these banks started making profits and became healthy entities again. In 2015, Mnuchin sold OneWest Bank for $3.4 billion, more than twice the price he paid when acquiring it.

Not satisfied with his success in the financial world, Mnuchin turned his attention to Hollywood and the exciting world of motion pictures. In 2004, Steven Mnuchin started the company, RatPac-Dune Entertainment, which financed movies like X-Men, Avatar, American Sniper, Gravity, Magic Mike XXL, and Mad Max: Fury Road. Mnuchin made a reputation of being a smart producer whose films became box-office successes. 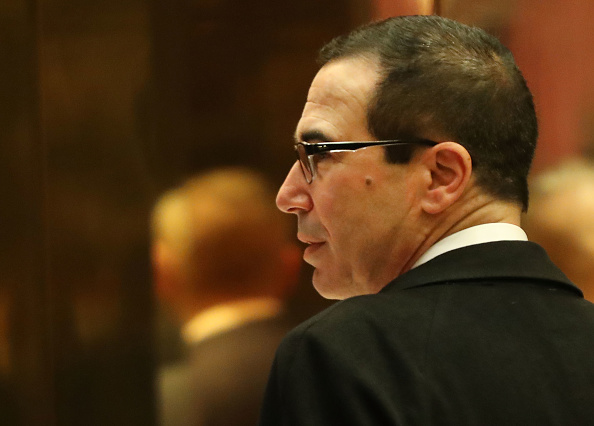 All these achievements must have weighed heavily on Trump’s mind when he chose Mnuchin to play a pivotal role in his presidential campaign. Trump has made Mnuchin the national finance chairman for his campaign. On receiving the post, Mnuchin said, “It’s a great privilege to be working with Mr. Trump to create a world-class finance organization to support the campaign in the General Election.” Mnuchin donated a substantial amount to the Republican Party and the Trump campaign. 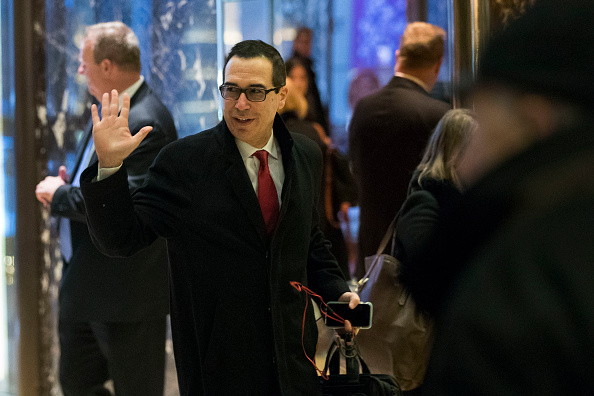 Steven Mnuchin’s age is just 54, but he already has a wealth of experience in raising funds and managing them effectively. Steven Mnuchin’s net worth is almost $400 million, and is climbing steadily as Mnuchin has made some fantastic investments. The exact details of Steven Mnuchin’s investments are not known, but he used to receive $4.5 million as his annual salary before he quit the corporate sector. Trump is hoping that Mnuchin will bring his much-admired efficiency and effectiveness to his job as Secretary of the Treasury.

The next big hurdle in this process is Steven Mnuchin’s confirmation hearing. Mnuchin will testify in front of the Senate Finance Committee today (January 19) and it is expected that Mnuchin will face rough weather. Though the Republicans are expected to back Trump’s choice, the Democrats might fight it. They will go over Mnuchin’s career with a fine-toothed comb, and could very well focus on his tenure with OneWest Bank, where there have been allegations of misconduct when he was in charge. 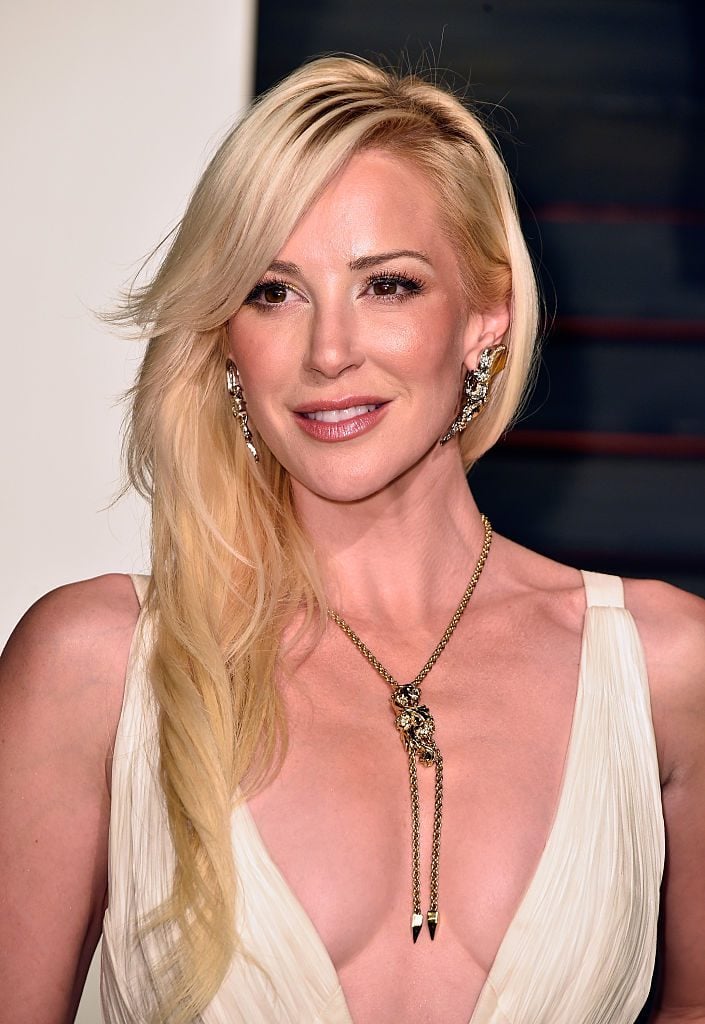 In all this flurry of activity, Mnuchin’s personal life often goes unnoticed. Mnuchin married his second wife, Heather Crosby in 1999, and they have three children together. However, Mnuchin’s marriage did not last long as he and Crosby divorced in 2014. Mnuchin is now engaged to Louise Linton. Steven Mnuchin’s fiancée is a Scottish actress, who has appeared in films like Cabin Fever and on TV shows like CSI: NY and Cold Case. Linton has written a memoir about her time in Zambia and is the founder and producing partner of Stormchase films, a Los Angeles-based independent production company.

Steven Mnuchin is a typical Trump choice. He falls under the category of someone who has money, and has experience in the business world. Mnuchin has vast experience in raising funds and multiplying wealth, which Trump hopes he will bring to the table as Secretary of the Treasury. 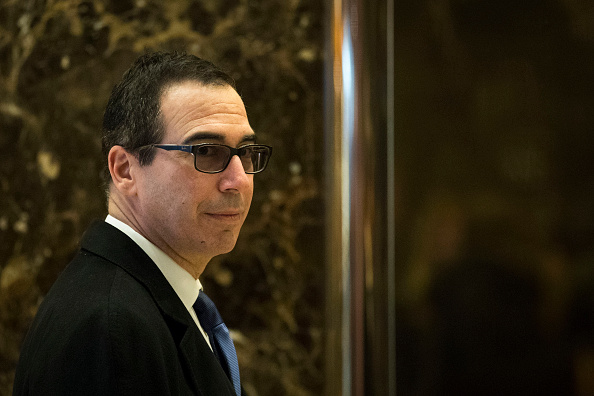