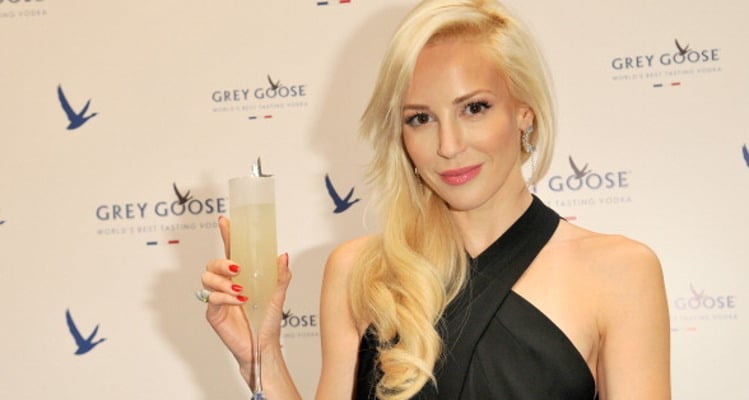 No one likes a gloater, especially when it’s a famous person who manages to insult those who earn less than them. Louise Linton is facing backlash on social media for her comments about a picture of her and her new husband getting off a plane, where she tagged one too many of the flashy designer brands she was wearing. Keep reading our Louise Linton wiki to learn more about Steven Mnuchin’s wife and her flaunting faux pas!

No matter how rich or famous you get, a small snafu like an Instagram post can get you in trouble! This time, Louise Linton was targeted for her comments on a photo she posted to social media. Who is Louise Linton, you ask? Scroll down for more information on the actress, who recently became bureaucrat Steve Mnuchin’s wife.

She Owns a Castle!

Louise Linton was born on December 21, 1980, in the Murrayfield area of Edinburgh, Scotland. The 36-year-old went to school there (St. Geroge’s School for Girls) and later went to Fettes College. Her mother lost her battle to cancer and passed away when Linton was 14. Since she was a child, Linton’s mother was a charitable woman, and together, the two would visit mentally handicapped children at their local hospital and entertain the kids with movies and popcorn.

As a child, Linton was inspired by the performing arts and soon became passionate about acting, going on to graduate with a certificate from The London Academy of Music and Dramatic Arts. She and her family were always wealthy (as they came from rich Scottish heritage) and among their more extravagant possessions is the Melville Castle outside of Edinburgh.

After graduating high school, Linton took a gap year and traveled to northern Zambia to volunteer. She applied to Pepperdine University in L.A. before she left, and came home to find an acceptance letter, prompting her to move to the United States. She graduated from Pepperdine University with a Bachelor of Arts in journalism, and then went on to get a law degree from the University of West L.A. School of Law in 2012.

Louise Linton’s passion for acting made her take up night classes while she was studying at Pepperdine. She was on the look out for auditions and had bagged a couple guest-starring roles on shows like CSI: NY, and Cold Case. Her big break had Linton appear with Meryl Streep and Tom Cruise in Lions for Lambs, and later had a slightly bigger role in the horror flick, The Echo. She showed off her funny side with another minor role in Screwball: The Ted Whitfield Story.

Ladies and Gentleman, introducing you to @louiselinton My beautiful and classy friend, business partner, and leading lady in our upcoming film, #Intruder. She also has a lead in the remake of Cabin Fever. Follow her. You will not regret it!

She received the Most Stylish Woman award at the 2009 Scottish Style Awards and continued to work in smaller films like Scavengers, where she had a starring role. She also appeared the comedy She Wants Me, which also had Charlie Sheen and Hilary Duff in it. Linton revealed that though she enjoyed acting, she was more eager to produce her own films, leading her to found Stormchaser Films, which has one project out this year, and two others that were recently announced.

Louise Linton is a Scottish beauty and heiress who married Treasury Secretary Steve Mnuchin this past June. She wore a beautiful lace and sheer ball gown with a diamond tiara, at a ceremony officiated by Vice President Mike Pence. The Trumps were also at the wedding, and it is reported that they newlyweds moved into a mansion in Massachusetts Avenue Heights. The more luxurious the better, right?
With the help of writer Wendy Holden, Linton wrote a book titled In Congo’s Shadow about her experience in Africa, and received nothing but criticism once it hit shelves. Readers took offense to her portrayal of Zambia and of the people living there. Linton apologized for her remarks and donated profits of the book to charity. She now faces more criticism after tagging multiple luxury fashion brands in an Instagram post of her and her husband stepping off a plane while on a trip to Kentucky. What has really made headlines was her response to someone questioning her numerous hashtags of designers while visiting a state with a high poverty rate. Rather than rise above the hate, or issue an apology, Linton took to the comments and “had to go on basically a rant about it to make herself look more important and look smarter, better, richer,” according to the user she responded to. Her account has since been made private.

Mnuchin’s wife Louise Linton tags designer brands while leaving Air Force jet and goes off on taxpayer. It doesn’t get more basic than this! pic.twitter.com/hqRUD9a2ci

Steve Mnuchin’s wife is not living the simple life. She was raised with privileges many are not, and earned more fame and success through her career in Hollywood. Though her net worth is not yet calculated, we do know that Steve Mnuchin’s net worth is a whopping $300.0 million! The couple now lives in a $12.0 million mansion in Massachusetts. Money was never a problem to Louise Linton and, by the looks of it, it never will be!