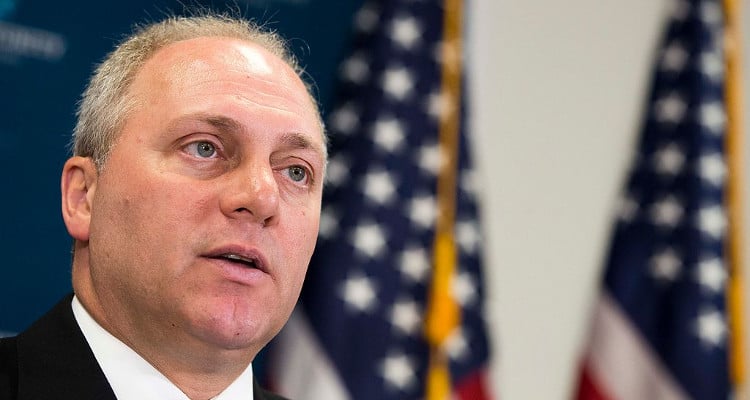 The news of the hour includes Steve Scalise and his aides, who were shot earlier today in Virginia. According to the latest reports, the prominent Republican politician and others were shot at a baseball practice, after a man allegedly walked up and asked whether the Democrats or Republicans were on the field.

House majority whip, Steve Scalise, was shot in the hip by a gunman who was in attendance at a Congressional baseball practice in Virginia. Other members of Congress and their staff were also hit by the gunman, who opened fire during the practice on Wednesday morning.

Five people were reportedly shot, with witnesses stating that anywhere between 50 and 100 shots were fired by the gunman with a rifle on East Monroe Street in Del Ray, Alexandria. The shots were heard at 7:15 a.m., and reportedly lasted 10 minutes, at a baseball field in Alexandria where a few members of Congress and their staff had assembled for a baseball practice.

Among those in attendance at the practice were Steve Scalise, Ron DeSantis, Mo Brooks, Brad Wenstrup, Chuck Fleischmann, Rand Paul, and Jeff Flake. Brooks reportedly used a belt as a tourniquet to stop an aide’s bleeding. Senator Mike Lee told Fox News that the gunman was killed, though reports only indicated that U.S. Capital Police shot and apprehended the gunman.

Steve Scalise is the current United States House of Representatives majority whip. He has represented Louisiana’s First Congressional District since 2008. The 51-year-old is married with two children.

After the tragic Virginia shooting, President Donald Trump released a statement saying, “The Vice President and I are aware of the shooting incident in Virginia and are monitoring developments closely. We are deeply saddened by this tragedy. Our thoughts and prayers are with the members of Congress, their staffs, Capitol Police, first responders, and all others affected.”

Rep. Steve Scalise of Louisiana, a true friend and patriot, was badly injured but will fully recover. Our thoughts and prayers are with him.

Many leading Democrats have extended their prayers and sympathy to the injured Republicans on Twitter.