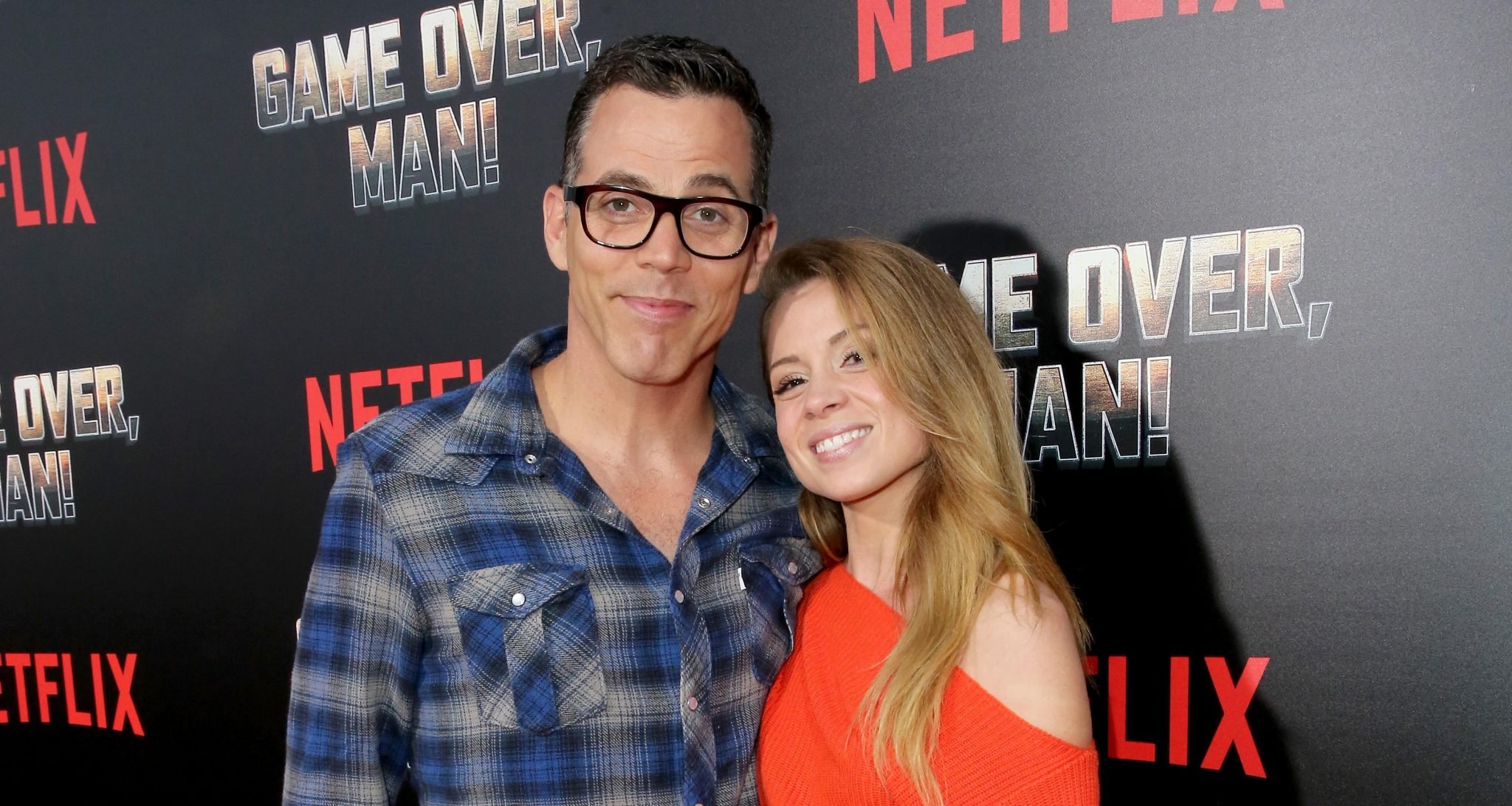 Jackass star Steve-O is ready for his biggest stunt yet—getting hitched! After suffering his worst injury to date, he revealed that his new girlfriend, Lux Wright, is with him while he’s on the mend. And now, this wacky couple is engaged!

Steve-O is ready to take the plunge! The Jackass star proposed to his girlfriend, Lux Wright, in January 2018, after revealing their relationship on social media in 2017.

His new fiancée shares his outlandish, adventurous tendencies, so it’s worth turning the spotlight on her with our Lux Wright wiki.

Stephen Gilchrist Glover, better known as Steve-O, is well known for his pranks and stunts on MTV’s Jackass and Wildboyz. But the 44-year-old’s rocket engine fuel stunt in July 2017 left his arms with massive burns. He didn’t seek immediate treatment, opting instead to perform another stunt the next day with his scorched arms.

The “jackass” had to undergo surgery after suffering second and third degree burns in his attempt to create fire angels. Steve-O was updating fans about his hospital stay on Instagram, featuring a mystery woman. As it turned out, that was his new girlfriend, Lux Wright.

Steve-O’s dated his fair share of women in the past, but there was no hint of a relationship at the time. He was previously married to Brittany Mcgraw from 2006 to 2008 and Candy-Jane Tucker from 2002 to 2003.

She kept Steve-O company in the hospital. In one post, he’s holding her “bridal-style” while they pose for a pic with his doctor. He tagged her in the Instagram posts and referred to her as his “future wife” in one of them.

Steve-O Proposed in Front of His Jackass Buddies

Last night, in front of a bunch of my Jackass buddies, my closest friends, my dad, and my sister… she said “yes”. I planned that for more than six months, and I’m so happy— I can’t wait for you all to see it… #GNARLY @luxalot

On January 21, Steve-O once again took to Instagram to announce that he and Wright got engaged. He proposed on-stage at the end of a comedy special he was filming in Denver.

According to his caption, his friends, his Jackass costars, and his dad and sister were part of the audience and witnessed the proposal.

Although he didn’t go into detail, he did reveal that he had spent six months planning the proposal and got her ring size well in advance. Lux Wright’s engagement ring is a diamond encrusted in a gold band.

Lux Wright Is a Photographer

According to her Instagram bio, Steve-O’s fiancée is a photographer, stylist, and visual artist for films, commercials, and stills. She has an Associate of Arts degree.

Lux Wright’s Instagram doesn’t have many pictures of herself, but she posts a lot of photos of the world through her camera lens.

She tags her work #TheMannerofLux and shares pictures of her travels and anything that interests her, including tattoos, music, art, food, motorcycles, poker, and Star Wars, among many other things.

Most recently, she shared adorable pictures with her fiancé.

She Loves to Travel

An avid traveler, Wright signed up for CouchSurfing.com, a social networking site that lets travelers stay as guests at a host’s home. Her first experience was in London and Amsterdam in 2015, after which she made a profile on the website.

The Californian has traveled to Costa Rica, England, France, Jamaica, Mexico, and the Netherlands. She planned an entire European trip and participated in poker tournaments.

Right now, Lux Wright and Steve-O are busy planning for their wedding, but the details haven’t been revealed as of yet. We wish the happy couple all the best in the future!