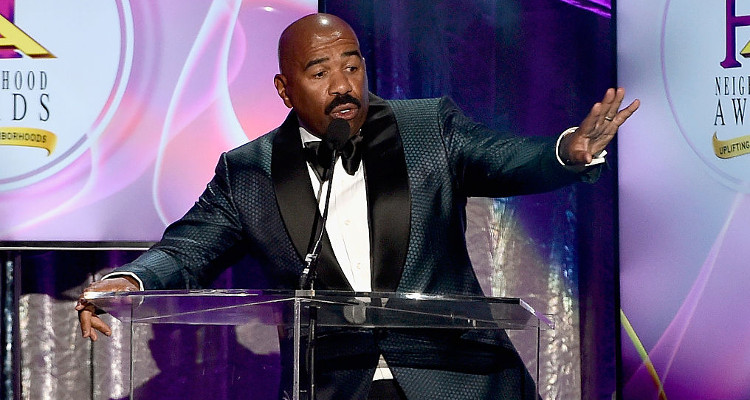 When Steve Harvey started out as a stand-up comedian in 1985, he didn’t even have a bed to sleep in! Now, he has a massive house of his own, he is an author, actor, and TV host, who certainly has a way with people. Steve Harvey has a lot of life experience because of the knocks he has taken over the years, yet he still manages to entertain people like nobody else does.

Steve Harvey is an American comedian, television host, producer, radio personality, actor, and author. He has been entertaining audiences since 1985 and shows no sign of slowing down. Steve Harvey’s wife is Marjorie Bridges, whom he married in 2007. With his vast amount of success, people are asking “What is Steve Harvey’s net worth?” Keep reading for everything you want to know about Steve Harvey!

An Understanding of Life

Harvey was born on January 17, 1957, in Welch, West Virginia, to Jesse Harvey and Eloise Vera. His father was a coal miner who worked hard to give Harvey a formal education. Harvey graduated from Glenville High School in 1974, later attending Kent State University and West Virginia University. Before entering the entertainment industry, Harvey went through a succession of jobs that gave him a lot of life experience and gave him a broader understanding of life. Harvey worked as a boxer, autoworker, insurance salesman, carpet cleaner, and mailman.

No Bed to Sleep On

Harvey started working as a stand-up comedian from October 1985 in Cleveland, Ohio. He was homeless for several years, and found it difficult to make ends meet. When performing gigs at comedy clubs, Harvey had to sleep in his car many times, as he was not provided a hotel. His hard work paid off when he was selected as a host for It’s Showtime at the Apollo. His excellent performance led to his starring role on the ABC show called Me and the Boys in 1994. He also starred in his titular The Steve Harvey Show, which aired between 1996 and 2002 until it was cancelled. 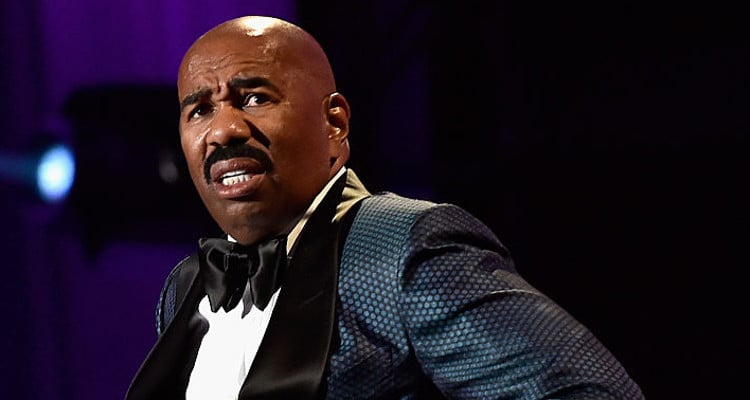 Harvey continued to work as a stand-up comedian and performed on the Kings of Comedy tour. This act was converted into a film named The Original Kings of Comedy by acclaimed director, Spike Lee. Harvey released a hip-hop and R&B CD on a record label he founded. He also wrote books including Steve Harvey’s Big Time, Act Like A Success, Think Like A Success, and Act Like A Lady, Think Like A Man, which was the basis of two successful movies, and an upcoming television series. Harvey also launched a clothing line that featured a range of formal wear.

Though Harvey achieved success in different fields, it is Steve Harvey’s TV shows that have primarily contributed to his enduring popularity. In August 2012, Harvey wrapped up his career as a stand-up comedian by doing his last show at the MGM Grand in Las Vegas. He is also the host of Family Feud, Celebrity Family Feud, and his newest talk show Steve Harvey. When talking about how he became so successful over the years, Steve Harvey was quoted saying, “A person has to remember that the road to success is always under construction. You have to get that through your head. That it is not easy becoming successful.”

People are curious about Steve Harvey’s salary. Steve Harvey’s net worth is a whopping $100.0 million! Not bad for a man who used to have to sleep in his car, right? All seven of Steve Harvey’s kids —including three step-children— are well-supported by their father. Steve Harvey’s house is 3.25 acres in size and his garage can house up to seven cars! His house has five bedrooms, five bathrooms, and two half baths. Harvey has a car collection of his own, as well. In 2014, he gifted his wife, Marjorie Bridges, with a brand new white Rolls Royce Drophead Coupe for her birthday. Steve Harvey’s endorsements also contribute to his substantial wealth. But no amount of money has saved him from the number of Steve Harvey memes that continue to be made today! 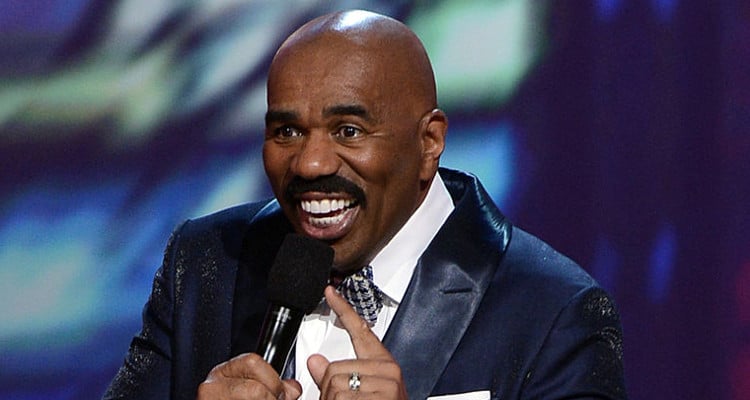 Harvey is a much-loved TV personality because of his contribution to the industry over the years. Harvey was recently announced as the executive producer for the television spin-off of the film, Think Like A Man, which was based on his book. At Steve Harvey’s age of just 59, we are sure to see a lot more of him in the coming years!