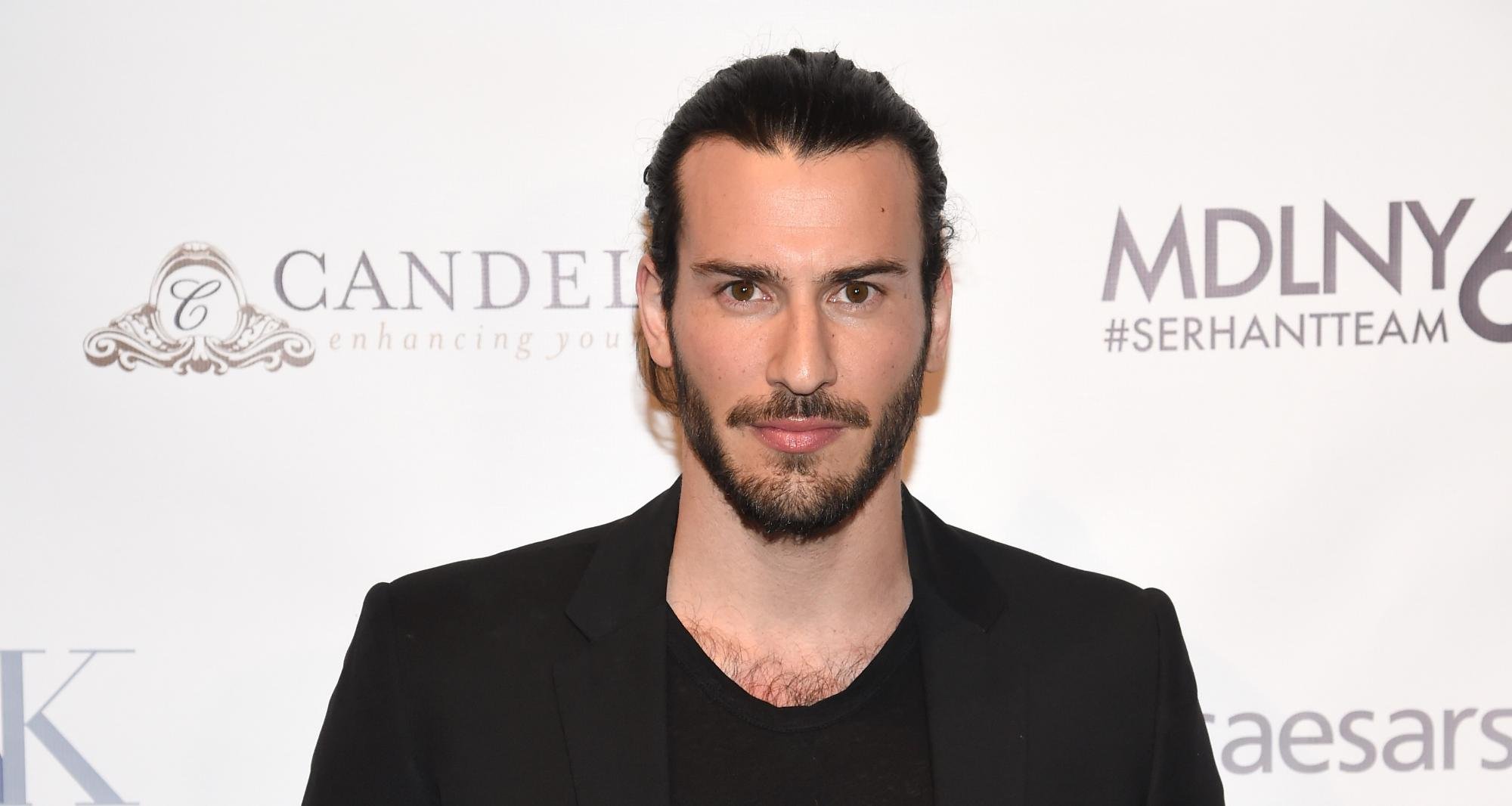 Steve Gold on Million Dollar Listing New York has turned a lot of heads, and fans of the show are just crazy about him. He’s not a newbie in the business, either, as he’s been in real estate for almost 10 years now.

Since joining the cast of MDL, he’s been killing it on the show and in commissions, with his knowledge and skills to sell any New York apartment. But does Gold run into a bit of bad business luck in season 7?

Here are some details from Steve Gold’s wiki.

Steve Gold Comes From a Background of Different Ethnicities

Born on March 1, 1985, Steve Gold’s age is 33. He comes from a background of a mix of nationalities. Steve Gold is Jewish, Scottish, English, Swedish, and Russian, but he was born in Stamford, Connecticut.

He was brought up in Stamford but moved to New York at the age of 13. He initially struggled a lot to get accustomed to the ways of downtown life but gradually started to appreciate the big city.

In 2007, Gold completed his graduation with a Bachelor of Science along with Finance and Marketing from New York University’s Stern School of Business.

Additionally, during his college days, Gold was a part of the Beta Gamma Sigma fraternity and was also on the NYU Ice Hockey team.

Since childhood, Gold has shown a keen interest in everything related to sports. He grew up sailboat racing with his dad and keeps himself active by playing tennis, skiing, surfing, and hockey.

Gold has a very good personality and stands at six feet tall. Now you see why the ladies swoon?

Steve Gold’s Family Is of Utmost Importance to Him

Gold is a family-oriented guy, and his utmost priority besides his work is his family. He is extremely close to his mother, which is quite evident in many of Steve Gold’s Instagram posts.

In fact, in one of the episodes of Million Dollar Listing New York, his parents, Nancy and Richard Gold, were also shown. They are very proud of their son’s accomplishments. His parents have been married for over 40 years now, the epitome of what a marriage and companionship is all about.

Richard Gold is from Stamford, Connecticut and studied Printing Management at Rochester Institute of Technology.

Steve Gold has two older sisters. The eldest one is Laura, and she has a learning disability. Gold is very close to her and describes Laura as a “genuinely kind person.”

Gold also has a dog, Pablo, which he rescued from a high kill shelter in Georgia. He often takes Pablo out for trips and even takes him to the office. This man loves his pup!

Steve Gold’s Ex-Girlfriend Is On the Show

In the trailer for the new season of Million Dollar Listing New York, Gold was seen sitting with his ex-girlfriend. In the clip, the woman, whose name is not known, tells Gold that they should try to get back together.

Gold then asks her if she wants a serious relationship. His ex-girlfriend seems a little disappointed because she clearly loves him, but he explains that it’s not easy. Maybe Gold wants to focus on his career for now.

In between, there were rumors that Gold was in a relationship with the former reality star, Brittny Gastineau. There are no photos of his rumored flame on Gold’s Facebook account, so it’s possible they are just friends or tight-lipped about their relationship.

But Gold does want to settle down in his life at some point and is looking for the perfect woman to do so with. Previously, Gold was in a relationship with Brazilian actress Julia Faria, but they broke up.

However, during one of the episodes of Million Dollar Listing New York, Gold went on a blind date with Taylor Todaro, who was a part of Rich Kids of Instagram.

Their date was set up by a mutual acquaintance, who Gold also didn’t know that well. Their mutual friend thought that Taylor and Gold would get along, but Gold thought it was a bad idea.

And boy, was he right. Taylor seemed to have the IQ of 10-year-old. All she talked about was all the cosmetic procedures she’s had done to her face and body.

She also couldn’t down her drinks fast enough. And as she slurred, he was convinced they were just water. Needless to say, Gold was not really impressed.

Since he has been single for so long now, many viewers began to wonder if Steve Gold is gay. He straightened out the rumors, literally.

This boy is straight as an arrow, so he’s just selective. (And why shouldn’t he be?)

Steve Gold Started Modeling at the Age of 17

Before he got into the world of real estate, Gold worked in the fashion industry as a model. He started modeling at the age of 17 and is grateful for what the experience taught him.

He worked for several high-esteemed brands such as Ralph Lauren, Giorgio Armani, and Louis Vuitton. Thanks to his modeling career, Gold got the opportunity to travel and explore different parts of the world. However, his home and heart are in New York.

Me and my birthday suit (sorta) can’t wait to get some ? ☀️ ? tomorrow

In an interview, Gold revealed that he never considered modeling as a career. It was just a way for him to earn money while in college.

Gold explained, “What was humbling and super challenging about modeling was that I had no control: you show up, they take your photo and then you wait. Then they do that with 100 other guys and put you on an option and then 20 guys are on option…Then 3 weeks later, you hear nothing and there’s nothing you can do. You can’t go to the gym because you’ll become too muscular and if you don’t go to the gym, you’re too skinny. You just have to be the right fit.”

Gold was always inclined towards real estate. While he was modeling, he met a successful broker, took up an online course, and later started working.

He was an intern for six months from March to August 2006 at The Carlyle Group, Infrastructure Fund.

Later, Gold worked as a real estate salesperson with Brown Harris Stevens. He worked there for three years and nine months and earned some real experience.

In May 2010, he became the vice president at Douglas Elliman. Again, he was with the firm for three years and four months.

Gold then started working as a licensed real estate salesperson at Town Residential. Although he is no longer with that firm either, Gold definitely has a lot going on in his professional life.

Besides doing the show, Gold is also the president and founder of The Gold Group NYC.

Additionally, he is a luxury real estate broker at The Corcoran Group. Gold’s main focus is selling luxury properties located in Manhattan and Brooklyn. He has played a significant role in several new developments in the Flatiron, Greenwich Village, SoHo, the West Village, and The Upper West Side. 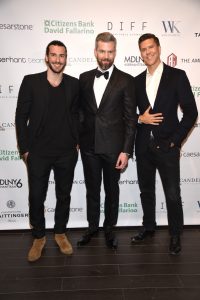 Gold joined the cast of Million Dollar Listing New York in season 6 and has been eye-candy for viewers since then. The show is a reality TV series that airs on Bravo.

The seventh season of the show will air on June 12, 2018, and viewers can expect a lot of madness and drama coming their way this season! Gold revealed that a lot of his murky past will be dug up on the show. Also, a lot of career changes are in store for him.

His hard work and determination have made him quite a successful name in the real estate industry. Steve Gold’s net worth is estimated at $10.0 million, which will surely grow as the new season airs.

He Invests His Time in Several Charities

Gold also puts in a lot of effort to support various causes. He actively supports AmFar for AIDS research, FreeArts NYC, and The Brazil Foundation.

Recently, Steve Gold has been a spokesperson for the Nassau County SPCA.