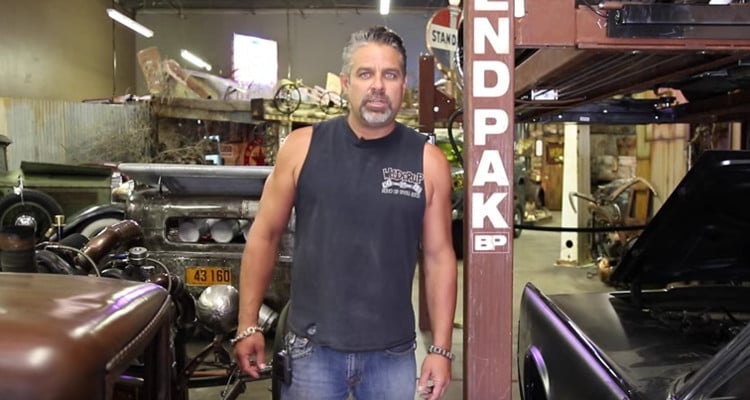 If you’re fan of the Discovery Channel’s Vegas Rat Rods, you probably know about Steve Darnell. He and his Welder Up crew customize old cars for their owners.

Discovery Channel’s Vegas Rat Rods brings together the fun of the good ol’ MTV show, Pimp my Ride and the thrill of hot rods. The crew behind it all is the team at Welder Up, and the man behind Welder Up, is Steve Darnell. He and the cast of Vegas Rat Rods have become celebrities in the car customization world. That’s why it’s no surprise that his fans want to know more about him. Here is everything there is to know from Steve Darnell’s wiki.

His Wrestling Coach was His First Client

Before he hit it big in the car customization business in Vegas, Darnell had his start from the farms of Billings, Montana where he graduated from Skyview High School, according to his Facebook page. He was part of the wrestling team at Skyview and Castle Rock Middle School.

His wrestling coach, Rich Malia recognized his talent and encouraged him to enter an automotive trades program that was available at the time. “My daughter wanted a bicycle for Christmas, and instead of going to the store I just asked Steve,” Malia said. The bicycle built by Darnell held up and has been passed down to Malia’s children. Rich Malia remained good friends with his student over the past 30 years, and they visit when Darnell comes down to Billings where his sons go to Shepherd High School.

Famous for His Non-Traditional Approach

Steve Darnell was a former rancher from Montana when he started Welder Up. At that time, Welder Up repaired heavy machinery and agricultural equipment. So, how did he get into the hot rod car building business? The exact timeline of his transition isn’t known, but it was in 2008 that he made a mark in the field.

The Montana native twisted a formula when he put a 5.9 liter Cummins diesel engine from a Dodge pickup into a 1933 Dodge sedan to build a twin turbocharged rod. It was a non-traditional way to build a rod and caused some controversy among veterans of the field.

But Darnell’s customized car attracted large-scale attention at car shows. Eventually, it landed in the pages of Hot Rod magazine and that was the publicity Welder Up needed. His crew started getting requests for custom built cars and Welder Up changed its business model. Darnell had lived in-and-out of Vegas during his childhood, so he moved Welder Up to Las Vegas and broke into the hot rod building business.

Scoring a TV Show that Shouldn’t Have Happened

As Darnell’s new business in Vegas took off, he was approached by a Canadian production company. The company and Welder Up pitched Vegas Rat Rods to Discovery and soon, it was picked up by the Discovery Channel’s Canadian network. The show then aired in the U.S.

Since it began in 2014, the high ratings were enough to warrant three seasons. It gained popularity against all expectations. “Basically this is a show that should have never happened. They called it a sleeper hit,” Darnell said.

Each episode follows the Welder Up crew —Steve Darnell, Justin Kramer, Merlon Johnson, Travis Deeter, Barber Dave, Grant, Dan, and Cheyenne— as they create one-of-a-kind rat rods while meeting the demands of quirky customers. To receive funding in Canada, the show has to feature a certain amount of Canadian content. It is tricky considering it’s based in Vegas. So, the show added a Canadian actress to follow on side stories every week.

Vegas Rat Rods airs every Monday at 10:00 p.m. EST on the Discovery Channel.