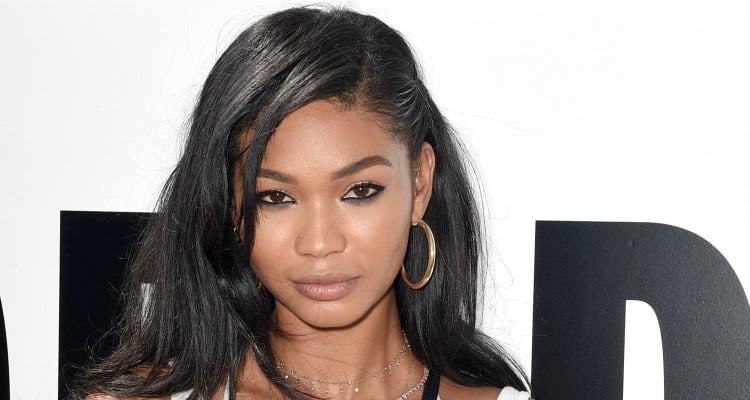 Who is Chanel Iman?

Chanel Iman’s age is 26 and she was born Chanel Iman Robinson on December 1, 1990 in Atlanta, Georgia. She is a Victoria’s Secret Angel and is represented by IMG Models. She is the daughter of China Robinson—”a half Korean, half African-American war baby from Seoul.” Chanel Iman’s net worth is estimated at $8.0 million and the youngest daughter of four lives in Los Angeles, where her mother opened a clothing store called The Red Bag Boutique, according to her website.

You may not remember her face, but it’s been on the cover of major publications, several times over. Originally getting her start with the prestigious Ford Modeling Agency—with the help of her aunt—Iman has ruled the catwalk with her striking looks. She’s traveled the world for both work and pleasure, and has most likely been to places most people didn’t know existed. She’s always featured by designers in A-list lineups and she’s a staple in any fashion show worth going to. Christian Dior, Michael Kors, Valentino, Alexander McQueen—Iman has worn it all and more! She even managed to catch the eye of Vogue‘s Editor in Chief, Anna Wintour, which landed her on the cover in 2007. She got her Victoria’s Secret angel wings in 2010, and she has been turning more and more heads on the runway ever since.

Thank you glam squad for getting me together for another magical night @vanityfair ???? @zuhairmuradofficial @anitapatrickson [email protected]_daddyy ???? @bfa #oscars ????

Iman is involved in several charities, including The HerShe Group Foundation, which mentors teen girls in the foster care system and helps them transition into society. It’s also the charity that means the most to her.

She Doesn’t Mind Dressing Her Man

When Iman and Shepard started dating last year, he looked like he was fresh from Oklahoma. They started dating shortly after he was drafted by the Giants, so naturally Iman had to take the Oklahoma out of the boy, in order to upgrade his style game. Clearly, she had no problem giving her man a little makeover!

“It was very Oklahoma,” Iman said to the New York Post. “But now he’s got a cute little swag.”

And according to Shepard, he wasn’t hating on any of her fashion choices for him. “I wasn’t open to other stuff, but she’s kind of opened my eyes to some new stuff,” Shepard said at an event at the Fashion Institute of Technology.

Iman is just happy he’s trying things he’s never tried before, and she sure knows how to clean an Oklahoma boy up nice!

During a practice game, Shepard was transferred after he suffered what his coach, Ben McAdoo, described as a rolled ankle. A source confirmed that the Giants will see how Shepard reacts to treatment and then see what happens next, according to McAdoo.

If you want to get an inside look into Iman’s life, then her Instagram is the best way to do it! There are countless posts of her in exotic places, and Shepard is in a few of them, too! From Egypt to Morocco, this young power couple know how to travel and it looks like their love is blossoming with each new locale!