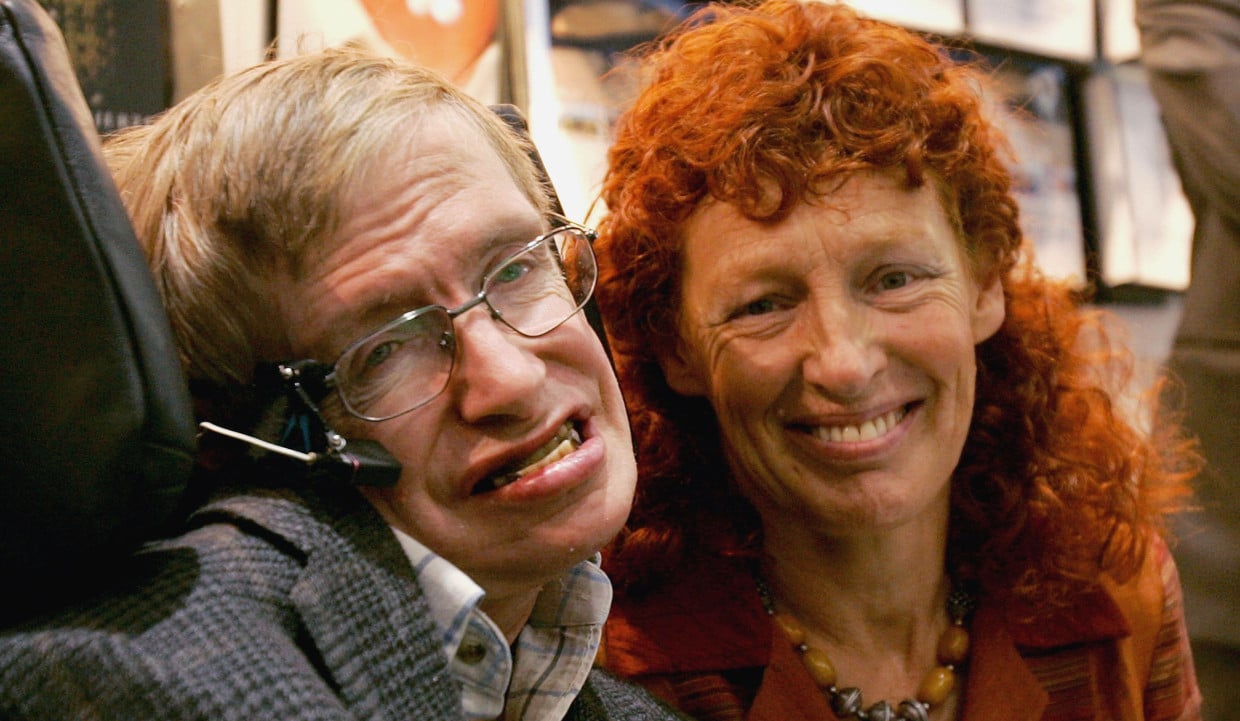 Stephen Hawkins has died at the age of 76. The groundbreaking physicist’s death was announced Wednesday (March 14) by his family. With Stephen Hawking’s death, the spotlight has also fallen on his two former wives, Jane Hawking and Elaine Mason. Keep reading to know more about them.

When it comes to the important people in Stephen Hawking’s personal life, Jane Hawking and Elaine Mason are sure to make the list.

Hawking’s first wife, Jane Hawking, was married to the English physicist for three decades. The scientist later met Elaine Mason, and they were married for 11 years.

Now that he has passed, everyone wants to know more about Stephen Hawking’s ex-wives. We’ve got everything you need to know about the two women, right here.

Jane Hawking grew up in St. Albans, England, and studied languages at the University of London’s Westfield College. She met Stephen Hawking in 1962 when he was a graduate student at Cambridge, just before he was diagnosed with motor neuron disease in 1963.

The couple got married in July 1965. They had three children together named Robert, Lucy, and Timothy Hawking.

The marriage was strained due to Stephen Hawking’s illness, and Jane suffered from depression. As a Christian, she also struggled with her then-husband’s atheism.

In the late ‘80s, Stephen Hawking became close to one of his nurses, Elaine Mason, and decided to leave his wife for her.

Jane separated from her husband in 1990, and the couple got divorced in 1995. In 1996, she married Jonathan Hellyer Jones.

In 1999, Jane Hawking’s memoir, Music to Move the Stars: A Life with Stephen, was released. It detailed the couple’s marriage and its ultimate breakdown.

Jane also released a happier account of her life with the cosmologist in her 2007 memoir titled Travelling to Infinity: My Life with Stephen. It was made into the award-winning 2014 film, The Theory of Everything, starring Eddie Redmayne as the famous physicist.

Also Read: Stephen Hawking’s Net Worth: How Rich is the Genius Scientist?

Elaine Mason: One of Stephen Hawking’s Caregivers and Second Wife

Elaine Mason was married to her first husband, David Mason, who was the designer working on Hawking’s electronic voice synthesizer.

Mason met Hawking when she was his caregiver in the 1980s. Hawking left his wife and children to marry Mason.

Hawking said about their union, “It’s wonderful – I have married the woman I love.”

Throughout the time they were married, Mason reportedly excluded Hawking’s family from his life. There were also reports of Mason physically and emotionally abusing her husband.

In 2000, Hawking visited the hospital numerous times with broken arms, a torn lip, a broken wrist, and other injuries.

The police investigated the abuse allegations but no charges were made, as Hawking never made a complaint.

Unfortunately, Hawking’s second marriage did not last, and the couple divorced in 2006. They did not have any children.

Stephen Hawking reportedly reunited with his family after his divorce from Mason.

Hawking’s three children released a statement announcing his death in the early hours of Wednesday, March 14, 2018.

The statement read: “We are deeply saddened that our beloved father passed away today. He was a great scientist and an extraordinary man whose work and legacy will live on for many years.”

Praising his “courage and persistence,” Robert, Lucy, and Thomas Hawking said their father’s “brilliance and humor” was an inspiration to people all over the world.

“He once said, ‘It would not be much of a universe if it wasn’t home to the people you love.’ We will miss him forever,” they said.

Our thoughts and prayers are with Stephen Hawking’s family, friends, and colleagues as they mourn his death. The world has truly lost one of its greats!