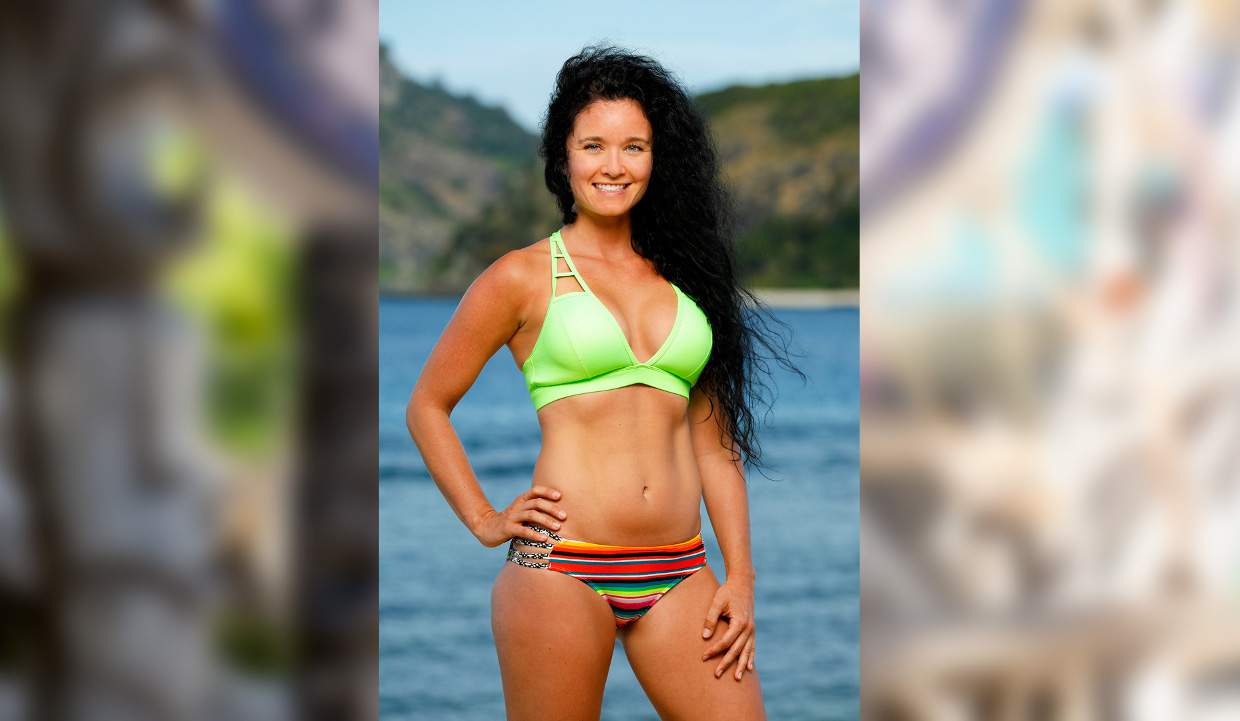 Wednesday’s episode of Survivor: Ghost Island was a disappointing one because one of the viewers’ favorite contestants was just sent home! In the last episode, Stephanie Johnson, who was a true fan of the show, was voted out and sent home. Stephanie was an enthusiastic standout player, so it’s a shame that she was eliminated. After watching the episode, many of her fans are curious to know more about her. So, keep reading for details from Stephanie Johnson’s wiki!

Who Is Stephanie Johnson?

Stephanie Johnson’s age is 34, and she is originally from Boise, Idaho, but currently lives in Chicago, Illinois. She is a yoga instructor, a sel-proclaimed “geek,” a writer, a travel junkie, and a mother of two beautiful kids.

Before coming on the show, Stephanie admitted that she is a huge fan of Survivor. She had been trying really hard to get on the show for several years.

Stephanie truly is a fitness freak. In fact, her hobbies include running, triathlons, trekking, meditation, and writing.

The fitness enthusiast is a soul sister to a lot of people out there because, like many, she loves drinking wine. The perfect way to end the day is with a good book and a glass of wine, are we right, Stephanie?

Stephanie even taught English at a Russian college for a brief period.

Three words can be used to describe Stephanie, and they are determined, wild, and passionate.

Stephanie is also a travel enthusiast. She has done a lot of solo traveling and has explored 24 countries and six continents!

Additionally, Stephanie loves to go on treks and backpacking is another passion of hers, which helps to feed her traveling soul. She admits that it is adventurous and crazy, but her traveling experience has shaped her more than anything else in her life.

So tomorrow I’m embarking on the most epic solo trek I’ve ever done completely off the grid again. ??? It’s called the Huemul Circuit in El Chalten and it’s quoted as quite possibly the best hike in Patagonia and easily one of the top 5 hikes in the world. ??? Total Trekking in 40 hours will be: 40 miles 9228ft UP and 10129ft Down ⬆️⚡️?⚡️⬇️ It is extremely challenging and one of the most technical Patagonian treks since half the trail is unmarked (requiring serious navigation over glaciers!!!!) and you have to rent equipment to cross (on your own!) two tyrolese traverse ziplines over gorges with rivers below. ???‍♀️ Given its unpredictable weather (cue 100kmh winds and rain) and technical nature, it’s rarely trekked and especially not solo OR in 2 days versus the recommended 4. ?????‍♀️ But it enables you to see 180 degree views of the South Patagonian Ice Fields, the 3rd largest reserve of fresh water in the world behind Antarctica and Greenland. ❄️❄️❄️ The rangers check your gear before you leave the trail ensuring you have: * 1 harness * 2 carabiners (one steel and one aluminum), * 1 safety line * 1 rope of 20 meters * Tent * Waterproof Map and GPS This will be the ultimate mental and physical challenge but this is why I train so hard and call myself an endurance athlete. For LIFE moments like this! I’ve never been so thankful my boys and I took up rock climbing this year too! Check out the Tyrolese Traverse Pulley in my stories. ? Everyone in this city thinks I’m bat shit crazy for doing this alone in 2 days but I know I can and I’m supposed … ? I’ve done crazy stuff in my days and especially recently but this definitely is fighting for the top of the list ??☀️ Wish me LUCK ??? #SoloTravel #SoloFemaleTraveler #PatagoniaArgentina

The reason why Stephanie loves to travel alone is that she loves to meet and talk to people from different backgrounds and beliefs.

Her Inspiration in Life

When Stephanie was asked who inspires her in life, she said it was an 87-year-old triathlete named Bob Scott. She met him the week of her divorce and two weeks after Scott’s wife passed away.

It was Scott who taught Stephanie to swim because he wanted her to be happy and fit for her boys. He also introduced her to the triathlon and helped her learn how to ride a triathlon bike.

Bob Scott competed with Stephanie during her first half Ironman and full Ironman. She further explained that they still train and compete together to this day.

When she was asked why she wanted to be a part of the show, Stephanie said, “The adventure. I’ve watched every single episode of Survivor since it began 18 years ago and the adventure of the show keeps me coming back for more and applying over and over! And the social game! I have wanted to play the social game since the first season.”

If you take a look at Stephanie Johnson’s Instagram account, you will see that she travels a lot and makes sure to upload her adventures on social media. Since she is so passionate about fitness, you can find plenty of Stephanie Johnson’s pics there. She even posted a pic of her transformed look after she started pole dancing, running, and eating healthy! Impressive to say the least!

After almost 3 weeks of living rugged, dirty, layered up and pushing my body to new extremes in the mountains of Patagonia …. It felt pretty damn AMAZING to get back to my dance studio and insanely amazing teacher embracing my more feminine wild side with movement and openness. ⚡️?⚡️ My body is still pretty wrecked and bruised so I’m taking it easy this week and next week I start training for NEW ORLEANS 13.1 and OCEANSIDE 70.3 ??‍♀️??‍♀️??‍♀️ What are YOU training for now?!?

Stephanie truly is an inspiration to everyone who wants to live their life to the fullest and do the things they love. She is the perfect example of following your dreams and doing things that you are passionate about.

Although Stephanie Johnson is out of the show, that doesn’t mean you should stop watching it! There are still other very interesting people who are in the running to win.