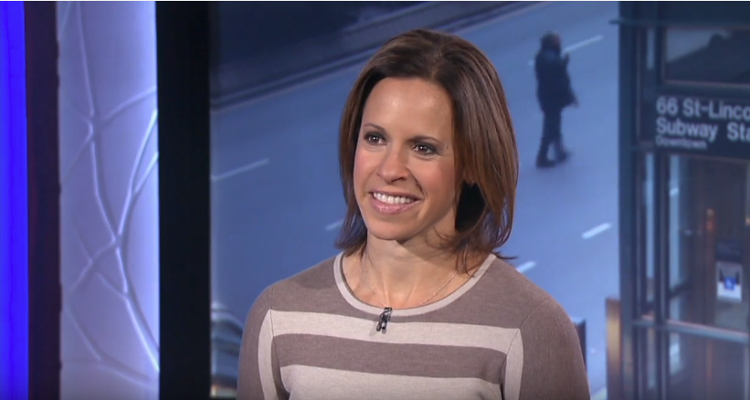 Matt Lauer’s dismissal from NBC after allegations of sexual harassment is making headlines. NBC correspondent Stephanie Gosk reported on her colleague only hours after the announcement was made. Gosk’s partner, Jenna Wolfe was a Today show correspondent and worked closely with Lauer on the show. Keep reading to find out more from Jenna Wolfe’s wiki.

It can be painful to report to someone you worked with, and Stephanie Gosk can attest to this fact. The NBC reporter covered the allegations against Lauer, with further details about the timeline and accusations. Stephanie Gosk’s partner, Jenna Wolfe worked as a Today show correspondent for over eight years. Now, everyone wants to know more about the people who worked with Lauer both on Today and within the network. We’ve got everything you need to know, right here in our Jenna Wolfe wiki.

Born on February 26, 1974, in Kingston, Jamaica, Jenna Wolfe’s age is 43. Her father owns a leather business, and moved with his family from Puerto Rico to Jamaica. When she was five, they moved to Haiti.

Wolfe came to America when she was 15. She graduated with degrees in French and English from Binghamton University in 1996. Growing up in three different countries made her multi-lingual. She is fluent in English, French, and Haitian Creole.

On the Today Show

After several stints as an anchor on local networks, Wolfe landed a correspondent job on Today in 2007. She held many positions within the network, including an NBC News National reporter, Weekend Today anchor, and Today’s lifestyle and fitness correspondent.

Jenna Wolfe’s Today show run came to an end when she left in 2015. She spoke about her decision to leave saying, “It was extremely tough. You know what? Every once in a while, and maybe if you are lucky its twice in your life, life just drops a crossroads in your lap and you have an opportunity to do something amazing or stay where you are and doing something can result in something amazing or you can fail epically but at least you have taken a chance and tried.”

“If you get to the end of your life and took zero chances and never swung for the fences and you never once jumped out on a limb, ever, well, what did you do?,” she added. “It would be easy for me to stay, play it safe and get my salary and doing the same thing over and over again.”

Many viewers wondered if Jenna Wolfe was a lesbian. Stephanie Gosk and Jenna Wolf not only confirmed that they were together, but were also expecting a child, as they announced in a 2013 episode of Today.

The two have two children together. Jenna Wolfe’s daughters, Harper Estelle and Quinn Lily, are often featured on the couple’s social media accounts.

Jenna Wolfe’s Twitter also has some adorable posts of her kids!

Remember when you would get so excited for football, you’d literally dance? #mykid @harperestelle pic.twitter.com/rtpGeANZHj

She said, “I am very excited to join Fox Sports and First Things First and get back to my roots in sports television. We have an incredible opportunity to create a fantastic new show for viewers, and I can’t wait to work with Nick, Cris and the rest of our team.”

Sports and fitness are Wolfe’s forte. She also wrote a book, Thinner in 30: Small Changes That Add Up to Big Weight Loss in Just 30 Days, which helps motivate people pursue a healthy lifestyle. Her social media has some amazing posts of her love for fitness, too.

As requested, this is 4U, @CarlBanksGIII (and all the @Giants who ♥️ a good workout) @FTFonFS1 @getnickwright and @criscarter80 pic.twitter.com/GUL4fJc2FM

WORK and then WORKOUT. In that order. Which do we like better?