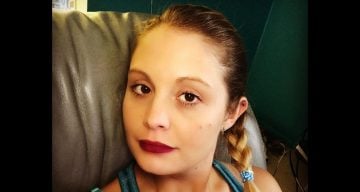 Who is Stephanie Carney?

Stephanie Carney’s age is 33, but there’s no mention of her birthday anywhere. According to one of her Instagram posts, she passed her final exams last year in the vet tech program at Penn Foster College.

If you have been searching for Stephanie Carney’s hot pics, then look no further than her Instagram page. There, you will find posts of bikini pics, pictures with her friends and photo ops with the occasional celebrity cameo. Being connected to a celebrity’s limo driver definitely has its perks!

Who is Ronnie Mund?

There are people today that don’t know what a VCR is, but will still know the name Howard Stern. But what about his trusted limo driver and radio personality, Ronnie Mund? Every host needs a sidekick—Chelsea handler has her famous “nugget” Chuy and Jimmy Kimmel has Guillermo.

Mund was born on October 28, 1948 in Queens, New York and is 67 years old, making him 33 years older than Carney! He is commonly referred to as ‘Ronnie the Limo Driver.’ Fun fact; he was actually a Staff Sergeant in the Air Force when he served in the Korean war!

Mund is also head of security for The Howard Stern Show and has been one of its oldest and trusted employees since 1986. He’s as profane as Stern and has more tattoos than you can count! He certainly looks like he missed his calling as a cast member on Sons of Anarchy!

Being Stern’s driver was supposed to be a one-time thing, but since Stern liked Mund so much (guessing they were sharing about how much they love to swear) he hired him as a full-time limo driver. Next thing you know, Mund is making appearances on the show and becoming a celebrity in his own right. Mund’s net worth is now reported to be $500,000.

What better way for a radio personality/limo driver to propose to his girlfriend than to do it while at work, when millions are listening! In March 2016, Mund popped the question, after he told her to look inside a sneaker where there was a box. Inside the box was Stephanie Carney’s engagement ring. Spoiler alert: she said yes and Tweeted her excitement!

“Stephanie, I want you to know something,” Howard began for Ronnie. “You have made me so happy and God bless you for that. I mean, my life would never be as full or as beautiful or as romantic without you. You and I are so right for each other – I believe – and I hope you feel the same way.

And what I’m saying in this ring is I want to be yours forever. And I hope you’ll be mine. And I love you so much … I am down on one knee Stephanie, because I want to ask you a very important question. Would you be my wife? Would you be with me? Will you marry me?”

It really was the sweetest proposal and it was amazing that the couple got to share the moment with the world.

They Have a Radio Show

It looks like Stern is going to need a bigger studio, because Carney is getting some radio time of her own! The soon-to-be-married couple now have their own co-hosted radio show called Embedded.

Carney and Mund Disagree about the Wedding

In an interview with journalist Jon Leiberman, Carney and Mund talked about the size of the wedding.

“The issue that we uncovered was, it’s not that Ronnie doesn’t want to get married in front of people, it’s the financial aspect of it. Ronnie does not want to spend the money on a large-scale celebration,” Jon explained.

Carney wants to get married in front of 200 people, while Mund wants to go down to city hall. But the couple seem to agree on one thing in their relationship, and that’s sex! The show’s segment also got candid about how “active” Mund is, despite the large age difference. Atta boy, Mund!