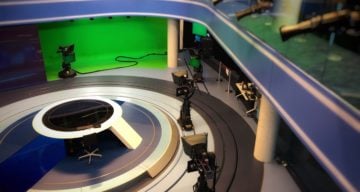 Philadelphia residents received not-so-great news as they tuned into NBC10 this morning. Their favorite anchor, Stephanía Jiménez, announced over the weekend that she is leaving the station in September 2021. Viewers were surprised by the news and are reluctant to see her go. They, of course, have a lot of questions about why she is leaving, where she is going next, and whether she is staying in Philadelphia. Here’s what Stephanía Jiménez had to say about leaving NBC10.

New York native Stephanía Jiménez graduated from Syracuse University with a bachelor’s degree in English and textual studies. She previously worked in Texas and Connecticut before coming to Pennsylvania in 2018.

Jiménez joined Philadelphia’s WCAU in July 2018, anchoring weekend mornings and reporting on weekdays. After three years at the station where she became a fond member of the local community, NBC10 viewers were surprised to hear that Sunday’s broadcast was her last at NBC10.

Friends, a big announcement: this is my last day at @NBCPhiladelphia. Thank YOU for allowing me to share your stories. We’ve had heavy conversations this past year about racial injustice, health and violence. I’m honored you’ve allowed me into your homes.

Through her official social media pages, Jiménez stated that September 19 was her last day at NBC10. She thanked the viewers for making her time at the station memorable.

Many want to know why she is leaving, and are speculating multiple reasons. From the sound of her statement, Jiménez is not leaving on a bitter note.

So her social media followers are asking if she has a new job lined up. They are eager to know where she is going next, but hope that she will be staying in Philadelphia.

Jiménez hasn’t specified her future plans yet. But she did respond to one Twitter user that she “will announce that soon.” Until then, keep your eyes peeled on Stephania Jiménez’s social media for more news about her career.

I will announce that soon