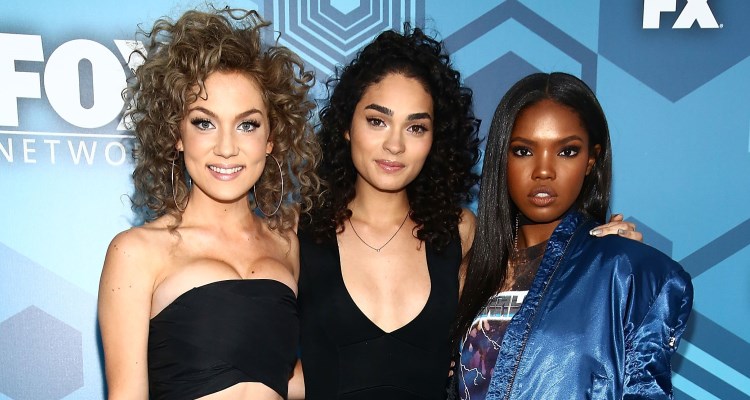 Fox is bringing a new television series to its network and you won’t want to miss it! The Star season 1 premiere kicks off tonight (Wednesday, December 14) and the Star cast includes Emmy Award, Grammy Award and Golden Globe Award Winner, Queen Latifah! The promo video does the synopsis justice with its touching narrative of a teenager with a rough childhood, triumphing to pursue her dreams despite the challenges of the music industry. Without further ado, here are some fun facts to know about the cast of Star and where to watch Star online!

Tune into the Fox network tonight (Wednesday, December 14) at 9:00 p.m. EST to watch the season premiere of Star, or visit the Fox website directly to stream it online. The show synopsis reads: “Meet Star (newcomer Jude Demorest), a tough-as-nails young woman, who came up in the foster care system and decides one day to take control of her destiny. Star tracks down her sister, Simone (newcomer Brittany O’Grady), and her Instagram bestie, Alexandra (newcomer, Ryan Destiny) and together, the trio journey to Atlanta to become music superstars. Reality soon dawns on the girls’ fantasies, and they start to learn that ambition often comes at a cost. And sometimes that cost is too high.” Check out the trailer below for an exciting sneak peek!

You’ll quickly fall in love with the season 1 cast of Star! We’ve got the details on each of the main characters here!

The star of the show, Star Davis, is a tough 18-year-old, who spent her youth migrating from one foster home to the next after the tragic loss of her mother. She is a fighter who is willing to do whatever it takes to be a star. In an interview with Collider.com, Demorest explained how the show’s creator, Lee Daniels invited her back, audition after audition, and finally sat with her in a meeting just to tell her, “I don’t like you.” She was shocked, disappointed, and crushed, and was sent away in tears of confusion. Looking back, Demorest understands what Daniels was doing. “Now that I know him, I understand that it was him fighting with himself and going, ‘No, it’s impossible that I found her on the first day . . . She thinks she has it in the bag, so I’m gonna let her know she doesn’t.’”

Alex Crane is a wealthy 20-year-old who grew up in New York, but who has put her lavish lifestyle aside to make real and authentic music.

Simone Davis is Star’s sister who dreamt of the day Star would return and save her from her abusive foster home she was placed in for five years.

Atlanta beauty salon owner, Carlotta Brown will become a surrogate mother to the three girls, despite her disapproval of their musical pursuits. Queen Latifah is a critically acclaimed actress, musician and more, and her experience is bound to bring authenticity to the show’s narrative. We’re looking forward to seeing how this award-winning actress plays her role as Carlotta!

Finally, Jahil Rivera is a talent manager with a secret life and a passion for redemption. He believes the trio is his lucky shot back to the top.

Tune into Fox tonight at 9:00 p.m. EST to watch the Star premiere!