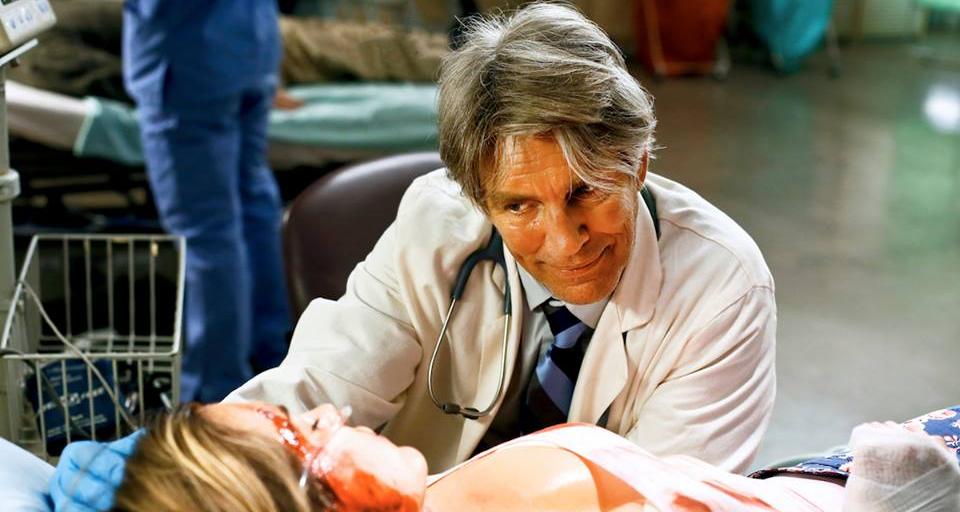 Eric Roberts in a Scene from Stalked By My Doctor (Photo: Facebook/StalkedByMyDoctor)

The third installment of Stalked by My Doctor is back! The hit Lifetime TV movie’s trailer shows that someone is out there trying to take revenge on Dr. Albert Beck, and fans can’t take the suspense! We have details about Stalked by My Doctor’s cast and plot.

Actress Anna Marie Dobbins plays the role of Melissa. She is the new victim in Stalked by My Doctor: Patient’s Revenge.

Brianna Joy Chomer plays Sophie Green, who is out to seek revenge on Dr. Beck for kidnapping and torturing her. 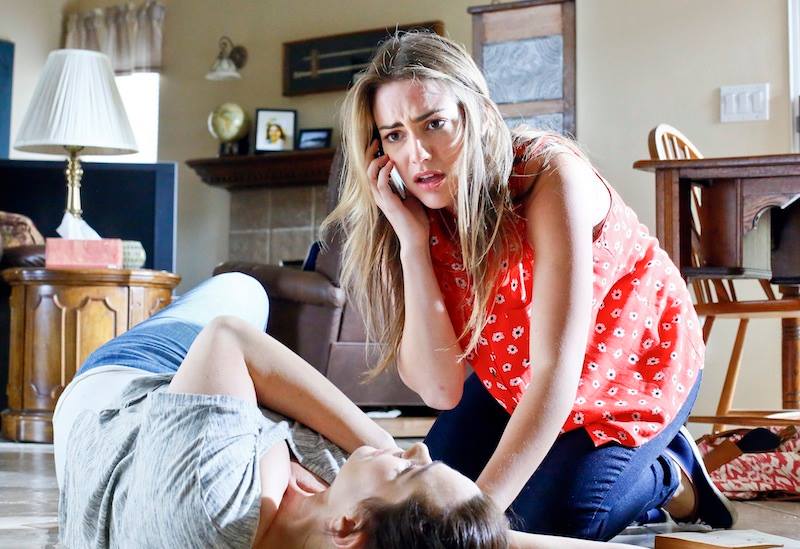 Sophie (Brianna Chomer) in a Scene from Stalked by My Doctor (Photo: Facebook/StalkedByMyDoctor)

The other cast members in the movie include Deborah Zoe as Adrienne Green, Rico Simonini as Dean Sanchez, and Jon Briddell as Jim Green.

What Is Stalked by My Doctor About?

As the title suggests in the third installment of the film, someone is out to get justice in her own way on Dr. Albert Beck, who has wronged her in the past.

Dr. Albert Beck is a heart surgeon. And in the first movie, Stalked by My Doctor, he saves Sophie’s life. After she and her boyfriend meet with an accident, he starts flirting with her.

Sophie confides in her father about Dr. Beck, but he refuses to believe her.

Dr. Beck becomes obsessed with Sophie, kidnaps her, and fakes her death so that he can have her all to himself.

In Stalked by My Doctor: The Return, Dr.Beck is on the run and moves to Mexico. He saves Amy Watkins’ (Claire Blackwelder) life in Mexico. However, he develops a crush on her and shows up at her hometown school.

To get close to Amy, Dr. Beck romances and marries her mother, Linda Watkins. The movie is basically about a doctor’s obsession with his female patients.

In Stalked by My Doctor: Patient’s Revenge, a jury finds Dr. Albert Beck not guilty of kidnapping one of his former patients, Sophie Green. After the verdict is reached, Dr. Beck finally decides to change his ways.

The doctor lands a teaching job at a famous Arizona medical school and has a crush on a new student. But he tries hard not to let his obsession take control of his life.

However, it looks like trouble awaits Dr. Beck in his new life. His former patient and victim, Sophie Green, enrolls herself at the medical school where he is teaching.

In Stalked by My Doctor: Patient’s Revenge, Sophie Green has a new look. She adopts a goth look and sports short hair and a choker.

In the film’s trailer, Sophie is seen in front of a lot of people and says that Dr. Beck tried to kidnap and kill her.

While talking to her mother, Sophie explains that she has a plan and that she will follow through on it. She even warns girls to stay away from Dr. Beck, calling him a pervert.

If you haven’t watched the trailer yet, then feel free to click on the link below.