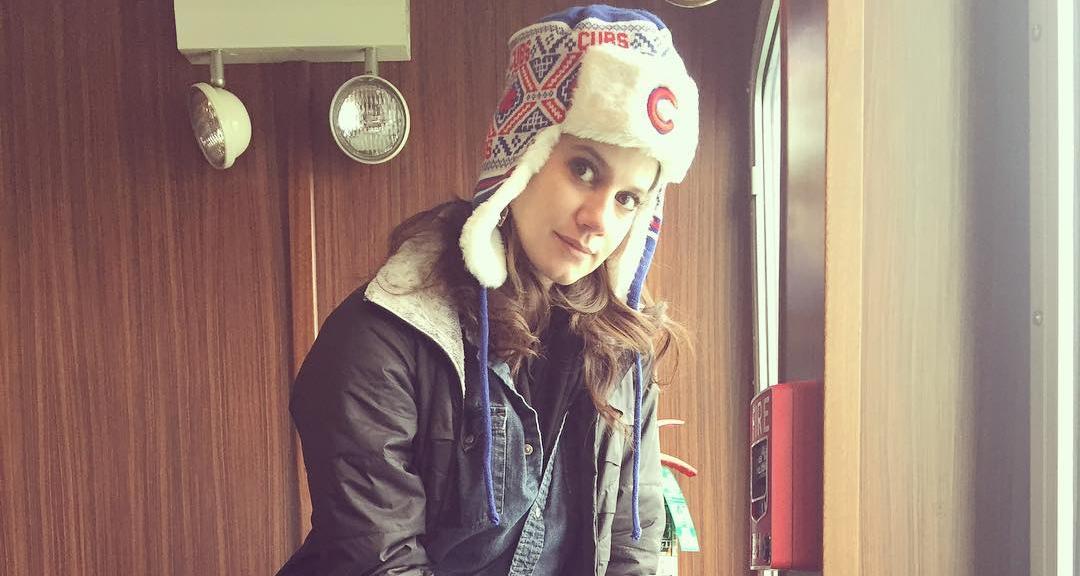 Staci Nelson on a Cruise, Going for a trip Credits: Instagram/stacifelker

Country music goddess Miranda Lambert is embroiled in an old-fashioned cheating scandal. After breaking up with Anderson East, she began dating up and coming musician, Evan Felker. The kicker is that Felker was allegedly married to Staci Nelson when their relationship began.

News about Miranda Lambert’s new relationship has been met with a few raised eyebrows instead of congratulations. Since Staci Nelson and Evan Felker have filed for a divorce, it looks like this was the next best thing for him!

This career-oriented woman is probably looking at spending some time away from the paparazzi now, but until she bounces back, read all about the details in our Staci Nelson wiki below!

Who Is Staci Nelson?

Staci Nelson isn’t a professional musician. According to her Facebook, the Oklahoma native is employed at EY Careers, a management firm that operates all over the world.

After graduating high school in Woodward, Oklahoma, she attended Oklahoma State University. She graduated with a Master’s degree in accountancy in 2008 and began working at EY Careers in Oklahoma City right away.

Nelson was born to Randy and Alisa Nelson. Her father is self-employed and has his own business. Her mother, Alisa Nelson, started working as a receptionist at Michael Thompson, C.P.A. She is from Mooreland, Oklahoma and currently lives in Hot Springs, Arkansas.

Nelson’s sister, Brandi Nelson Elwood, is from Woodward, Oklahoma and is married to Derek Elwood. Brandi works as a Child Development Professor at OCCC and also as an Operations Manager at INTEGRIS and also works as an Educator at The Institute for Childhood Education.

Nelson’s brother, David is married to Misti, and he worked at Kline Mechanical. His wife, Misti works as a Consultant at Rodan + Fields.

Did Felker Cheat on Nelson?

It’s not known how long Nelson and Felker have been together before they wed. They got engaged in 2015 and married on September 14, 2016.

In the year and a half that the couple had been married, there was no indication of trouble in paradise.

Evan Felker was last featured on Staci Nelson’s Instagram on January 28, 2018. Nelson was often promoting the Turnpike Troubadours on her social media until November 2017.

The folk group joined Miranda Lambert as the opening act for her “Livin’ Like Hippies Tour”, which started in January. And reports claim that Lambert and Felker began their relationship while touring together.

Lambert had been in a relationship with Anderson East until very recently. After hinting that they had separated for a while, their breakup was confirmed this April.

In a surprising twist, Staci Nelson reportedly filed for divorce from Felker on February 28, 2018, around the same time Felker was supposedly romancing Lambert. That led many to question if cheating led to their divorce.

The parties involved haven’t commented on this messy love triangle. However, sources claim that Nelson and Felker have been estranged since he began touring with the Grammy-winning singer.

“Staci had no other choice but to file for divorce,” said the alleged source.

Nelson’s father, Randy Nelson, told the media he was “heartbroken” by the divorce. Even he isn’t sure of the reason behind the divorce, although he’s aware that Felker’s band was the opening act at her concert.

“From what I understand, Evan asked for the divorce,” said Nelson. “All I know is hearsay, so I’m not going to pass that on. I don’t like to spread rumors, but I’d say you’re on the right track.”

❤ 2 years ago, all I wanted for my 30th birthday was to marry this man. Birthday wishes might work, it turns out… so I'll be making about 10 more this evening #evanfelker

Cheating rumors aside, Nelson is moving on from her divorce fairly well. She celebrated her 33rd birthday on April 13.

And from the looks of her latest Instagram activity, Staci Nelson is spending time with her girlfriends and traveling.