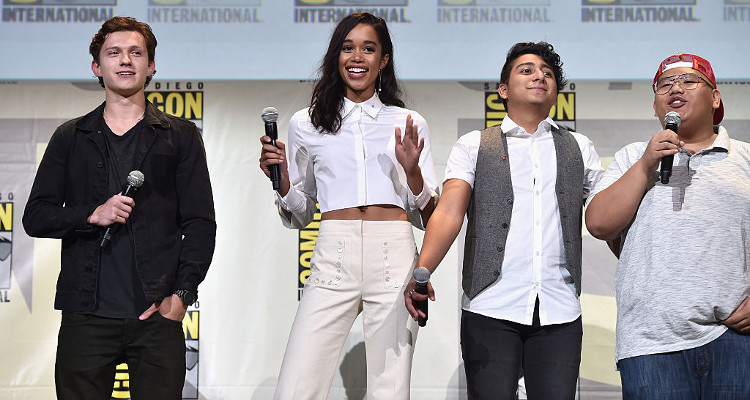 Spider-Man: Homecoming has dropped the first official trailer ahead of its summer 2017 release. The trailer is jaw-droppingly epic and gives us a few spoilers. We’ll be going through the trailer, spoilers and all, so consider this a disclaimer for anyone who want to wait until the movie is released!

The much-anticipated superhero movie of 2017, Spider-Man: Homecoming, now has its first official trailer! Before the movie hits theaters next summer, the trailer gives us a preview of what we can expect. We saw Tom Holland as Peter Parker in Captain America: Civil War and we can’t wait for Holland’s solo Marvel film appearance on July 7, 2017.

If you watch the trailer closely, you’ll notice that it gives away a few big spoilers. First of all, Iron Man fans will be glad to know they’ll see Robert Downey Jr. reprise his role as Tony Stark in this movie. Stark is somewhat of a mentor to the young Peter Parker. In a teaser clip released earlier, it was shown that Stark gives Parker an upgraded Spider-Man suit with webbed wings. Comic book fans will recognize the winged Spidey costume from earlier designs in the Spider-Man comics. It doesn’t make our hero fly, but it does allow him to glide past buildings and helicopters as seen in the trailer.

It’s not known how substantial Stark’s role in this movie will be, but fans were very pleased to catch a glimpse of Stark all suited up as Iron Man. The trailer also gives us some spectacular web action, reminiscent of the first live action Spider-Man played by Tobey Maguire, when he stopped a speeding train with his webs.

The trailer also gives us a close-up look of the main antagonist, Vulture, played by Michael Keaton. If the Vulture wasn’t bad enough, Spider-Man: Homecoming will feature a few more villains like Michael Chernus as the Terrible Tinkerer, as well as Logan Marshall-Green, and Bokeem Woodbine as currently unknown villains.

Spider-Man: Homecoming will be released in July 2017. Given the exciting first trailer, the movie is going to be one thrilling superhero action film!

Check out the exciting first trailer of Spider-Man: Homecoming below.