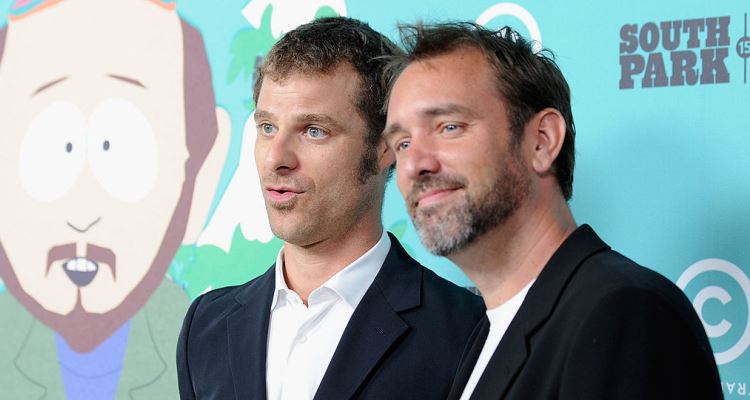 In South Park season 21, episode 1, the gang will see protesters armed with tiki torches and Confederate flags take to the streets of South Park (already diving into the politically charged themes South Park is known for) and Randy realizes what it means to be white in today’s society. The South Park season 21 premiere kicks off on Wednesday, September 13 at 10:00 p.m. EST on Comedy Central. The new season of South Park is going to be addressing some of the recent controversial issues in the United States, and as usual, the characters will still be up to their usual shenanigans.

That being said, show creators Trey Parker and Matt Stone do not want the show to be all about the politics. “That was part of the bummer for us about [last] season was we didn’t want to make it a big Trump thing, and we kept thinking it was gonna go away and we didn’t want to get caught up in just being a political show,” said Parker. It was assumed by the pair that Hillary Clinton would be elected the president as they worked on season 20, so they decided to make Mr. Garrison a character that mimicked now-President Donald Trump.

The pair admitted that they were burnt out by the end of last season, but now they plan to put some of the topical jokes aside and get back to the basics of South Park. In an interview, they said that taking the political approach last season was challenging, and it limited them in some ways. Now, they want to go back to it being about the kids again. “We would always talk about how great it is because on South Park, one week it can be about the kids and then the next week it is about Garrison and then the next week it is about Randy,” he said. As for season 21, it seems like the focus will turn back to Cartman and his significant other, Heidi Turner.

In addition to the new season, there is also a new South Park game that darkens the character’s skin as the game gets more challenging! (Controversial, as usual!) Eric Cartman, a character from the show, says once the choice is made, “Don’t worry, this doesn’t affect combat. Just every other aspect of your whole life.” (It might raise more than a few eyebrows for its racist undertone, but with South Park would you really expect anything less?)