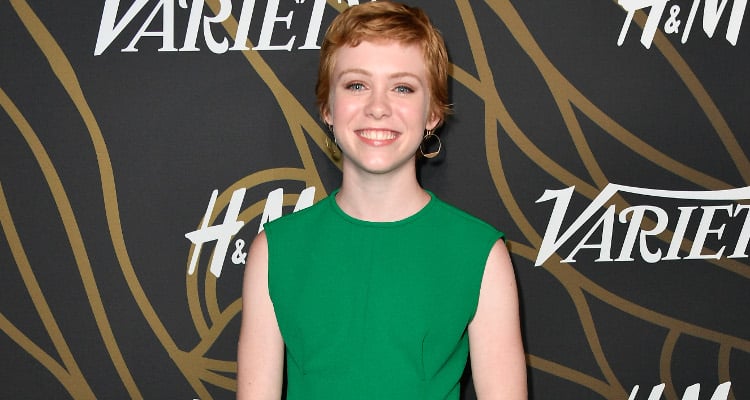 It, based on Stephen King’s 1986 novel, is finally in theaters. Along with giving us sleepless nights, the film has also launched the careers of up and coming actors like Sophia Lillis. If you want to know more about the It movie’s cast and the girl turning heads with her big debut, take a look at our Sophia Lillis wiki.

Millions of horror fans were eagerly awaiting the release of Andy Muschietti’s, It. The It trailer broke records and had a new generation of fans excited to see it in theaters. When it premiered, It received positive reviews, with many saying that it lived up to all the horror hype. Each of the young actors were praised for their great work, particularly Sophia Lillis, who plays Beverly Marsh, the only girl in the “Losers’ Club.” She is the one least afraid of the killer clown, and she delivered a mind blowing performance, which is why people want to know more about Sophia Lillis. Keep reading to learn more about the It movie cast member!

The budding actress was born and raised in Crown Heights, Brooklyn on February 12, 2002, which makes Sophia Lillis’ age 15. She was introduced to acting at the age of seven when her stepfather needed an actor for his film class project, Virgil’s Day Off. Not much is known about Lillis’ personal life, except that she has a stepbrother named Philip.

After starring in her stepfather’s movie, she signed up for acting classes at Manhattan’s Lee Strasberg Theatre and Film Institute. Though she is working on her acting career, her education is important, and she is in her sophomore year of high school and seems to be excited about it.

Thank you @stateside and @jwdikkers for the fun interview – I love my new t-shirts!!

Thanks @rollingstone, had a blast! Link in bio.

In an interview, Lillis revealed that she got into acting after her teacher told her about an opportunity to enroll in classes. “The next thing I know, one of my teachers said, ‘Oh, I have a friend at NYU who’s doing a thesis film, I recommended you.’ It started branching out from there. I never knew what I was getting into, but I just sort of went along with it,” she explained.

It is definitely her big break, but it’s not her first film. In 2014, she had a role in A Midsummer Night’s Dream and was in 2016’s, 37. In 2013, she appeared in a short film, The Lipstick Stain. When it came to her experience filming It, she recalled, “A lot of it is makeup. It’s not scary considering there are so many people around.” Lillis further added, “And actors are really nice people. They explain to you what you’re doing before, so it’s less scary.”

Sophia Lillis Wants to Be a “Jack of All Trades”

Thank you @wmag for taking the time to talk with me. I really enjoyed our conversation @kathexxis, and the quick shoot was fun too! Link in bio. ?: @alexhodorlee

During her interview, Lillis revealed that she always wanted to be a “Jack of all trades” because, “I love to learn new things, even though I might not master it. That takes a lot of time.” She added, “You have to have a lot of skills when you act; you might not have it when you start, but you definitely end up with a few skills along the way. Like recently I had to learn roller skating and cheerleading for a week for this one scene. Maybe if I get this one [part], open water swimming.”

Back to taking Leica pics again

While filming It, Lillis took her stepfather’s camera and took black and white pictures her castmates and director, which she uploaded to Instagram. For now, it is just a hobby for her and photography is not something she wants to make a career out of.

At only 15, Lillis’ acting career is off to a great start. With her impressive work in It, we would not be surprised if we see the young actress in other major roles. Check out the trailer for It below, but be warned: It is scary enough to give you a few sleepless nights!