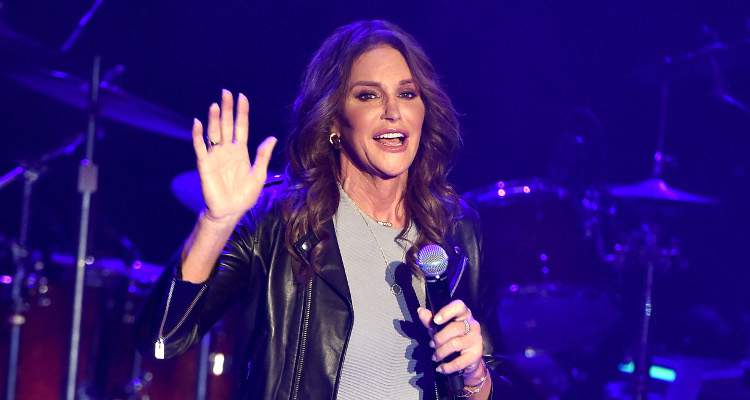 Caitlyn Jenner is back in the spotlight—not that she was ever out of it! This time, it’s because she and her partner, Sophia Hutchins, are reportedly taking their relationship to the next level. How did the couple meet, and what are their plans for the future? Find out everything you need to know about Jenner’s love interest in our Sophia Hutchins wiki.

Who Is Sophia Hutchins?

Sophia Hutchins’ was born on April 1, 1996. Her Facebook bio states that she is from Bellevue, Washington. She now lives in Beverly Hills, California, and attended Pepperdine University. She reportedly served as class president back in 2014 and worked at the university as a junior analyst at the Endowment Investment Office.

Hutchins describes herself as an independent, driven woman, and was a leader at her college. According to her now-defunct LinkedIn profile, during her time in school, she studied finance, especially investments, and passed a few important policies for international students.

She was also elected to the Freshman Senate and later became Sophomore President. It’s unknown if she graduated or is currently enrolled.

Judging by Hutchins’ Instagram pictures, it’s easy to see why some people think she’s an online model. But really, she’s a shining example of beauty and brains.

Here she is getting ready to attend the 2019 Oscars:

And here is a picture of Hutchins and Jenner looking elegant as ever on the red carpet:

Hutchins is a confident woman who knows what she wants and works hard to accomplish her goals in style.

Proving that the early bird always catches the worm, Hutchins posted, “It’s only Wednesday? Good morning! What time do you usually get up? I like getting a really early start.”

It’s only Wednesday? Good morning! What time do you usually get up? I like getting a really early start ⏰

This is definitely one millennial to watch out for!

How Did Sophia Hutchins and Caitlyn Jenner Meet?

Destiny came knocking on Hutchins’ door when she was in college. This was around the time she started discovering her true self and began her transition from male to female.

According to Hutchins, she was introduced to Jenner through their mutual friend who also happened to be their hair and makeup stylist.

The pair hit it off right away.

For years, many people questioned the nature of their relationship. And while the couple prefers to stay away from labels, it’s obvious that they share a mutual love and respect for one another.

Currently, Jenner and Hutchins share a home in Malibu and two dogs, Bertha and Baxter. Hutchins and Jenner are practically inseparable.

Gallivanting around the World

Caitlyn Jenner and Sophia Hutchins have been spotted globetrotting all over the world, from lying on the sandy beaches of Mexico to enjoying retail therapy in California.

Most recently, Hutchins posted a video on Instagram of the two of them touring the ancient Greek ruins of Athens.

Athens was great! So sad it was only for 24 hours…we will be back 😍

The video is captioned, “Athens was great! So sad it was only for 24 hours…we will be back 😍”.

Jenner previously said that she had no interest in dating whatsoever. In a candid interview, the transgender reality star stated that she wanted to focus on her children and her family.

But it seems like she’s changed her tune since then and has started focusing more on her personal and public life instead.

In a 2018 interview on the Hidden Truth Show with Jim Breslo, Hutchins discussed the nature of her relationship with Jenner.

Breslo asked at which point their relationship became romantic, to which she responded, “I wouldn’t describe it as a romantic relationship. I would describe our relationship as, we’re partners, um, you know, we’re business partners.”

Hutchins currently serves as Executive Director of the Caitlyn Jenner Foundation, which is dedicated to helping fund organizations that support and assist members of the transgender community.

It’s clear that they share a lot of common interests, one of which being politics. While both Jenner and Hutchins are staunch conservatives, they’ve each been very outspoken about many of the social issues surrounding trans rights.

Is the Relationship Causing a Rift between Jenner and Her Family?

Things have been extremely rocky between Jenner and the Kardashians ever since she published her infamous tell-all book, The Secrets of My Life, back in 2017. In fact, the only member of the Jenner-Kardashian family that has apparently kept in contact with Jenner is her daughter, Kendall.

Jenner’s relationship with Hutchins only seems to be adding fuel to the fire.

Jenner, along with a few other members of the Kardashian-Jenner clan, even skipped her son Brody’s June 2018 destination wedding. Some reports claim that it was because Hutchins forbade her from attending.

Others say it was because Jenner had prior work commitments that had been planned months in advance and couldn’t be changed at the last minute.

What were those work commitments?

It seems that while her second oldest son was busy tying the knot in Nihi, Sumba Island, 250 miles off the coast of Bali, Jenner and Hutchins were in Vienna, Austria. They attended the 25th annual LIFE+ Solidarity Gala, which raises funds for AIDS and HIV organizations.

Like Jenner, Hutchins identifies as a transgender woman. Her birth name was Scott Hutchins.

In terms of defining her sexual orientation and relationship with Jenner as trans-lesbian, Hutchins commented:

“I wouldn’t even go down that road. I think that my sexual orientation is not something that I need to discuss. I think, um, you know, I choose to be with someone based on the person and, uh, the person happens to be a trans woman and I think that’s great.”

Radar Online reported that the 22-year-old was inspired by Jenner when she was transitioning from male to female.

“I’ve always had the question of, ‘Do I want to transition from male to female?’ I never thought a lot about doing it until I got into college because I was able to break away from my family and started to establish my own identity,” Hutchins said.

Although they’re open about some aspects of their relationship, Hutchins and Jenner try to maintain some privacy when talking about their home life.

They love posting pictures together on social media, such as this one of the two of them sitting in their garden together.

Spring is in the air!

But they also like to keep a low profile and tend to refrain from major public displays of affection, which is what kept people guessing about their relationship for such a long time.

Lately, the rumor mill has been buzzing with talk of upcoming nuptials for the couple. Despite the fact that the media seems to be obsessed with their 46-year age difference, none of that seems to bother either Jenner or Hutchins.

“[The age gap] is there, but we don’t feel that it’s there. I think the media feels that it’s there because it is sensationalized. It sells papers, it sells articles, it sells clicks, but for us, it’s not even a factor.”

According to inside sources for the Mirror UK, the couple has been planning a very intimate and close-knit wedding ceremony set to take place at Jenner’s Malibu home sometime this spring.

Further details haven’t been revealed and there’s no confirmation of a guest list. It’s unclear whether Jenner will be inviting her ex-wife, Kris, or any other members of the Kardashian-Jenner family.

If the rumors are true, this will be Jenner’s fourth marriage.

Are Kids in the Cards?

Another major rumor that’s going around Tinseltown is that Jenner and Hutchins are eager to have their first child together by autumn of this year.

Apparently, the couple is planning on following in Kim Kardashian’s footsteps and taking the surrogacy route.

If for some reason that doesn’t work out, they’re reportedly also open to adopting a child by the end of the year.

Jenner has a total of six kids from her previous relationships.