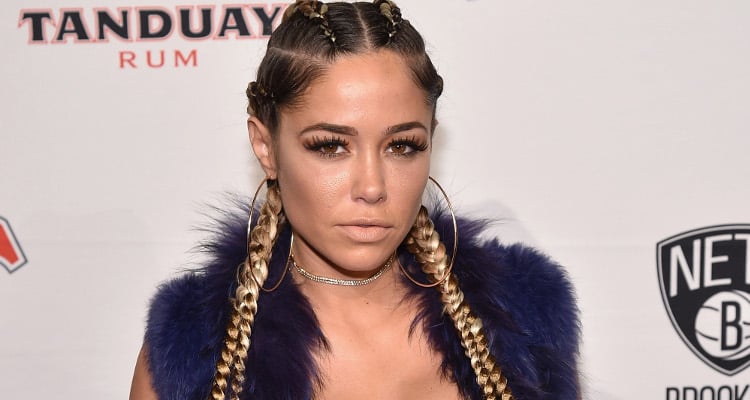 Monday nights are always a treat for fans of VH1’s Love & Hip Hop: New York. In the latest episode, tempers were soaring at an all-time high as MariahLynn pounced on Sophia Body for getting a little too close for comfort with James R. while shooting his new music video. Security had to intervene even as MariahLynn taunted Sophia to the tune of a popular nursery rhyme.

Sophia Body may be a newcomer on Love & Hip Hop: New York, but the Instagram celebrity is in the eye of a MariahLynn storm after getting cozy with R&B singer James R., MariahLynn’s boyfriend, on the set of his new music video. MariahLynn arrived unannounced and, as Sophia tried to explain what was going on, attacked her and the set soon descended into chaos.

So, who is Sophia Body? Find out everything you need to know about the reality star and her rise in our Sophia Body wiki.

Born on January 31, 1992, in Toronto, Canada, Sophia Body’s age is 25. Her real name is Sophia Christina, and she was in foster care as a child. As an adult, she has a passion for helping kids.

She is also a DJ, model, and actress. She moved from Canada to New York to play China on the web show Money & Violence.

YES I AM PLAYING THE NEW CHINA IN MONEY AND VIOLENCE. Sometimes it's unfortunate that the entire Original cast can't remain the same, but I hope I don't disappoint u guys xo Thank you @potentialfilmsyshaws for making this!

She appeared in magazines like SHOW and Black Men Digital. Hip hop fans may remember her from music videos like “Day in The Life” by Kama Ez-Mak, and “Found the One” by Minty Burns.

Sophia Body’s Instagram was her ticket to fame after she began posting pictures of herself. She quickly began to gain followers, and is now up to 681,000. Her Twitter page is also popular with over 54,000 followers. Sophia Body’s hot pics fill her social media pages.

Outfit by @fashionnova — photo and make up by my boo @erik_mua

Sophia Body is now a popular face on reality television after starring in season 8 of Love & Hip Hop: New York.

The Instagram star said that she wants to shed her the image of her as just a pretty face and get more involved in music. “I used to be one of the baddest video girls in the game,” she said. “I’m a lot more than a pretty face and a smoking hot body. I actually stopped doing music videos.”

However, when she was getting cozy with James R. while shooting his new music video, she even said that their chemistry was more than just acting. As things began to get heat up between the two, MariahLynn stopped by unannounced to support her boyfriend. Sophia added to the drama by claiming that James said he was single. MariahLynn lost her cool as she attacked Sophia, and the fight got ugly.

MariahLynn’s attack ended with Sophia getting a punch in the eye, and MariahLynn singing about it to the tune of “Twinkle Twinkle Little Star.”

Has Sophia Body Found the One?

Sophia’s personal life has always been of interest to her fans. The sizzling chemistry between her and James has fans wondering who Sophia Body’s boyfriend is.

She was in a relationship with music producer Safaree Samuels, and her current boyfriend is rapper Jacques. But now, it looks like the Instagram star has set her sights on James R., and we don’t know where things will go.