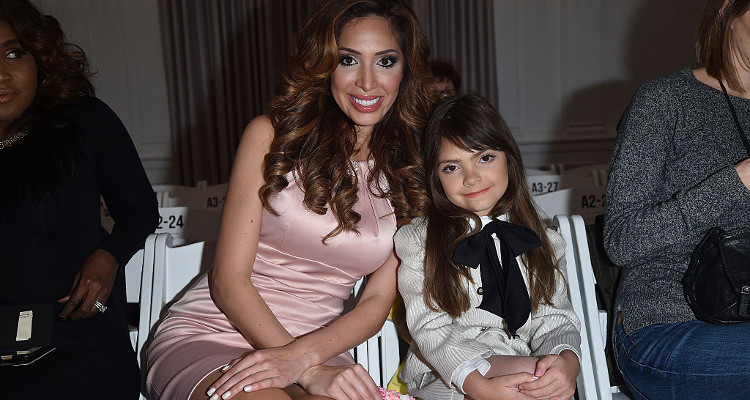 Sophia Abraham, Farrah Abraham’s daughter, rose to fame even before she was born. Now, at the age of only eight, she is already a star and a social media sensation! Her father, Derek Underwood, died in a car accident leaving Sophia to be raised by her mother. We have details about the young star in our Sophia Abraham wiki.

Sophia Laurent Abraham was born on February 23, 2009, and her mother was featured on 16 & Pregnant, a reality show on MTV that documented the stories of pregnant teenage girls. She is the granddaughter of Debra Danielson, Michael Abraham, Stormie Clark, and Jerry Underwood, and the niece of Ashley Abraham, Alissa Underwood, and Kassy Underwood.

Since her birth, Sophia Abraham has been facing the camera. After her mother, Farrah Abraham was on 16 & Pregnant, she and Sophia appeared on other MTV spin-offs, such as Teen Mom and Teen Mom OG.

In 2014, Sophia Abraham appeared in her mother’s music video for the song “Blowin,” which has garnered over 3 million views on YouTube.

One would think that eight-year-old Sophia Abraham is alarmingly young to be a model —but not her mother. Farrah Abraham is putting her young daughter in front of the camera and allowing her to embrace the limelight.

Recently, Farrah posted some pictures of Sophia in a two-piece swimsuit, with a full face of makeup. These posts on Instagram and Twitter caused social media outrage and the Teen Mom star received some serious public backlash, with people saying that Sophia is being exploited for Farrah’s gain.

In her defense, Farrah Abraham tells People magazine that her daughter was born to work in fashion and is proud to have a growing modeling career. Farrah Abraham is signing Sophia up to a child modeling agency.

The eight-year-old Abraham also has her own Instagram account! With 149,000 followers and over 180 posts, Sophia Abraham is already a popular kid.

Sophia Abraham was born with a unibrow that became prominent with age. Farrah Abraham has said that she hates her daughter’s unibrow. Fans were not surprised, considering her personal chase for perfection. Farrah has enhanced her boobs, bought a new nose, and had a chin job.

A couple of years ago, Farrah blogged about Sophia’s unibrow, which to her, was a beauty flaw. In 2013, when Sophia was just a three-year-old toddler, Farrah took to social media to explain how she waxed Sophia’s unibrow! She wrote about waxing Sophia’s eyebrows on her Twitter account, to which the media exploded in outrage. It looks like Farrah was all set to cash in on her daughter’s budding modeling career from the very beginning!

#Unibrow‘s are not sacred! Do the right thing #tweeze no matter what age 🙂

Sophia Abraham is the owner of Sophia Laurent Children’s Boutique. The store creates exclusive and awesome toys, clothing, and accessories for boys and girls from newborns to 12-year-olds.

Only time will tell if the modeling business ventures exploit Sophia Abraham’s childhood or mold her into a young entrepreneur. Whether the young Sophia enjoys the spotlight or not, we hope that Farrah Abraham has her daughter’s best interests in mind!