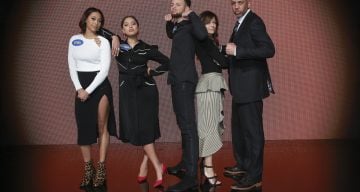 They say that behind every successful man is a woman, and in Steph Curry’s case, it’s probably very true! But not just any woman; Steph Curry’s mom, Sonya Curry, has been a great inspiration to many, including all her children and now grandchildren. Sonya Curry is about to celebrate her 52nd birthday in May, and fans are in awe!

When an MVP in basketball is scolded by his mother for using foul language, we better take note! Sonya Curry has been a great mother and teacher to all her children, and she is not one for cuss words or swearing.

Curry gave a piece of her mind to her son, Steph Curry, after he recently yelled on the court, “This is my fu****g house!”

Sonya Curry’s Children Get Their Athleticism from Her

Sonya Curry, age 51, doesn’t look a day older than 35! She works out and keeps her body fit with kickboxing.

She was a volleyball and basketball player during her college years. And her dedication towards her children has helped them achieve the successes they enjoy today.

Happy is finishing a rigorous and awesome workout @9Rounds #getyourboxingon#100happydays

Before Being Known as Steph Curry’s Mom

Sonya Curry’s ethnicity is Caucasian, African-American Creole, and Haitian, from which she gets her striking looks. She was born on May 30, 1966, in Radford, Virginia and is also known as former basketballer Dell Curry’s wife.

She went to Radford High School, and after she graduated, Curry attended Virginia Tech for volleyball and basketball. She was a recognized player on the VT Lady Hokies team from 1986 to 1988.

Curry had led her team to a 69-70 record. She graduated with a degree in Elementary Education with a minor in Family Studies.

It was during that time when she met basketball player Dell Curry in college. He was a junior and she was a freshman when he supposedly asked her to be his girlfriend after one of her games.

the ones we should actually thank ?? #thank you #stephencurry #dellcurry #sonyacurry #queen #king

Dell Curry played for the Charlotte Hornets for most of his NBA career.

Sonya and Dell Curry got married in 1988. It was the same year their first son, Steph Curry, was born.

The couple then had a son, Seth Curry (who is the point guard for the Dallas Mavericks), and a daughter, Sydel Curry (who is a volleyball player).

The Currys are your model sports-loving family, with each member having achieved success in their respective sports. As parents, Sonya and Dell Curry have been very disciplined in their approach to parenting their children and have always told them to look at the brighter side of things.

Stephen Curry is married to Ayesha Curry, who he has known since he was a teen. They have two children together named Riley and Ryan Carson Curry.

Ayesha Curry is currently pregnant with their third child and is due this year.

Seth Curry is reported to have welcomed his first child, a baby girl, with Doc Rivers’ daughter, Callie Rivers.

The Curry family has been a huge source of inspiration to thousands of people across borders. And the values they follow show in the way they conduct themselves are admired by all.

When Steph Curry slipped up and used the F-word in the game against the Houston Rockets, his mom was very upset!

“She already sent me two home videos, showing me the clip and playing it back,” Steph Curry said in an interview.

“She was telling me how I need to wash my mouth out, saying to wash it out with soap. It’s a message I’ve heard before,” Curry added.

Did you know that Sonya Curry fined her son $100.00 per giveaway? She and her husband settled on giving Steph Curry three turnovers per game, after which he owed them cash!

She came up with the idea of taking gifts or money from her son if he lost the ball, in order to help him play better. Everyone knows he likes a little challenge, so why not give him a run for his money?

Sonya Curry has always been the kind of mother who instilled the best in her children. She said that she wants her kids to have good work ethic and values, which will help them in their game and in their personal lives.

Her own experiences on the court have helped her guide all her children through the difficult times in their lives. But she is very grateful that all of them are doing well now.

5. Dear and Caring for Family Sydel rate though Stephen is a MVP, but he is still Stephen Curry who he knew since childhood. Stephen has not changed much and has a very good heart. "If I suddenly send a chat to him and he does not answer, which may be due to his busy life, then he will send chat back to me soon," Sydel said. "I really appreciate this caring attitude. ??? ( @stephencurry30 @sdotcurry @sydelcurry ) #stephcurry #stephencurry #sethcurry #sdotcurry #sydlee #sydlecurry #dellcurry #dell #sonyacurry #sonya #curry #family #familyset #familycurry #familyfun #best #thebest

Dancing for Her Son

Back in 2016, Sonya Curry was caught in a bit of a scandal. She was seen on camera dancing up against a younger man while celebrating her son on the court.

It was at the game between the Golden State Warriors and the Portland Trail Blazers, and she danced after Steph Curry shot a three-pointer. But, of course, the media played it up like all too uncomfortable for Dell Curry because he wasn’t the one who she was dancing with!

Sonya Curry booty-bumped a younger man who was sitting next to her at the time.

She then gave him a hug, after which the media had a field day with the little fumble. All was well afterward because it was clear that the dance was innocent and that the bumping was unintentional. In fact, the guy sitting next to her was former teammate of Steph Curry’s. No harm, no foul!

Sonya Curry has always believed in imparting the wisdom she got from her elders, and she loves children.

This love pushed her to open a non-profit school for children called Christian Montessori School of Lake Norman. Along with her husband, Curry started the school in North Carolina in August of 1995.

Learn more about #Steph and #Klay the way they did: thru their moms!!! #ScottOstler of the #SFChronicle with an *epic* story about #SonyaCurry and #JulieThompson and how they shaped what would become known as the #SplashBrothers ?? Both moms were stars in ? and guess what number Julie wore? Check our Twitter for the link! #DubNation #Warriors #GSW #NBA ??? #volleyball #StephCurry #StephenCurry #KlayThompson

It is a private, not-for-profit institute “dedicated to following Christ as well as the spiritual and academic development of the whole child through the Montessori method of education.”

The school welcomes all children regardless of their race, creed, or nationalism.

If you’re looking for Sonya Curry’s pics, you can find plenty of them on social media. There are even pics from Sonya Curry’s younger years, along with some of her family. You can certainly see the family resemblance!