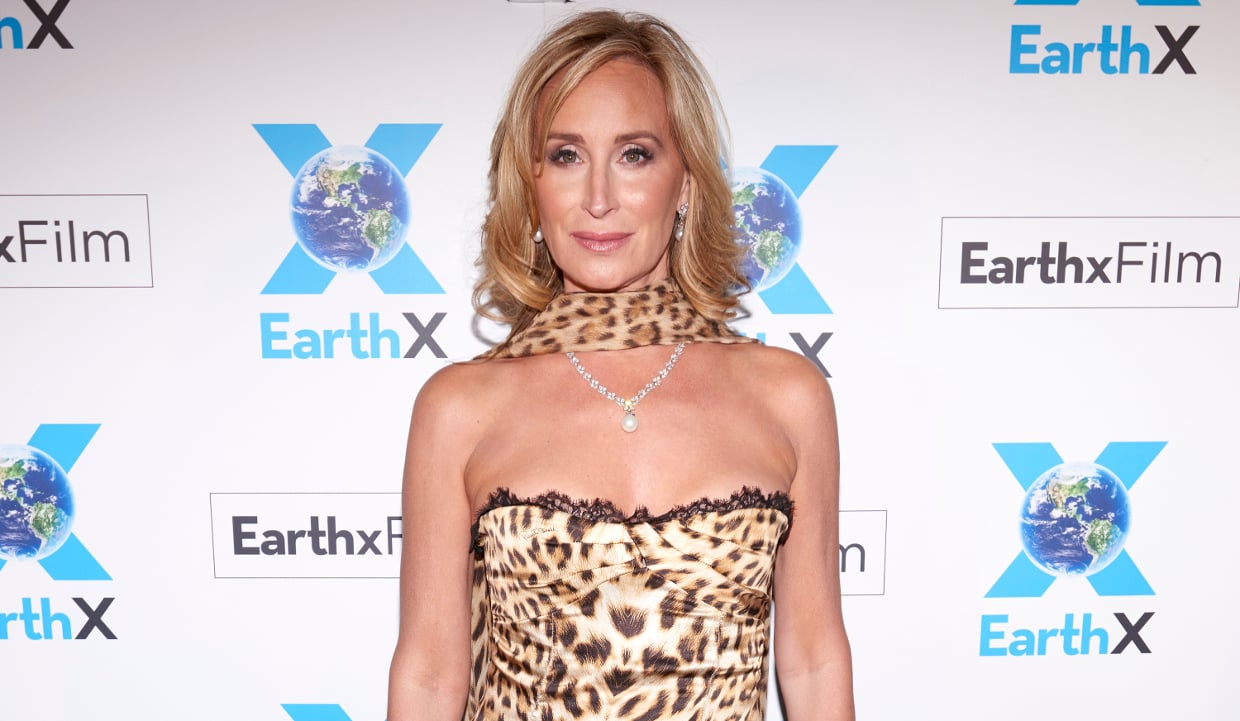 Sonja Morgan is known to be a very straightforward woman on the show The Real Housewives of New York City. Before appearing on the show, Sonja was a model, which has helped to assemble her strong client base. Keep reading to know more about this successful businesswoman with details from Sonja Morgan’s wiki.

Described as the “life of the party,” Sonja Morgan is busy running in social circles, juggling her businesses and reality star life. She is famous for being one of the main castmates on The Real Housewives of New York City.

Sonja was married to Olympic champion and American sailor, John Adams Morgan. But after eight years of marriage, the couple got divorced. She didn’t let it hold her back or break her down, because she is now living an enviable life full of riches in New York.

Before She Became Famous

Born on November 25, 1963, Sonja Morgan’s age is 54. She was born in Albany, New York, to Henry Sturgis Morgan and Catherine Lovering Adams.

Sonja attended The Fashion Institute of Technology and graduated with a bachelor’s degree in marketing. And after her graduation, she utilized her degree and started working in the fashion retail and wholesale industry.

Sonja Morgan’s husband was John Adams Morgan, who is a jack of all trades. He is a sailor, an Olympic champion, and the founder and chairman of Morgan Joseph TriArtisan, a capital marketing group.

According to sources, Sonja and John met each other in the late ‘90s at San Pietro. It is an Italian restaurant in New York City located on Madison Avenue, and Sonja was a hostess there.

They ran into each other in Aspen and went for a dinner together. Intrigued and charmed by Sonja, John proposed to her that same night.

After dating for a few months, Sonja and John walked down the aisle in 1998.

In 2000, the couple welcomed their daughter, Quincy Adams Morgan. But after being married for almost eight years, Sonja and John ended their marriage and got divorced.

Sonja thought that she would be spending the rest of her life with John. But things apparently didn’t work out.

There were speculations that Sonja cheated on John throughout their marriage, which led to their divorce. However, the rumors were never confirmed.

In 2006, while talking about their divorce in an interview, Sonja explained that she shouldn’t have trusted some people.

Sonja said about her marriage, “He was relentless. And when he asked me out on a dinner date, finally, after he sent me a letter and flowers and chocolates, I said, ‘OK, let’s go to dinner.”

She further added, “After the dinner, he proposed. He really loved me. He was perfect … He was a good husband, and he was a great lover. It was an excellent marriage.”

Before she married John, she was engaged for six years to Italian Count Pier Francesco. Additionally, other rumored love affairs were with Prince Albert of Monaco, Eric Clapton, John McEnroe, Owen Wilson, and Richard Lewis.

Last year, there were reports that Sonja was dating two guys at one time. She was reportedly seeing a businessman named Rocco Ancarola and a hotelier named Edgar Vaudeville.

According to reports, the Sonja and Edgar break-up was mutual. But fans of the show are hoping that Sonja will finally settle down with Rocco!

Sonja lives on the upper east side of Manhattan with her dogs. She had a miniature poodle named Millou, who died long ago. Now, she has another poodle named Marley and another dog named Rouge. She even has a rescue cat staying with her. Well, shes quite the animal lover!

Sonja Morgan’s daughter studies at a boarding school. She claims that she is very close to her daughter, who seems to be following in her mother’s footsteps when it comes to fashion!

Start of Her Fabulous Career

Before she became a household name in the industry, Sonja would often sit and hang out with some big names in fashion. She used to juggle between studying towards her degree and traveling to different places as a model and an actress.

She has modeled for several top designers and brands in Paris and Milan. After she came back to America, Sonja was the buyer, curator, and the marketing arm of Arlequin, which is her boutique that took home the Ogilvy and Mather Award.

Throughout her career, Sonja lived and worked in France, California, Italy, and Colorado and has tried her hand at different things. She was a restaurant-hotel and fashion luxury brand consultant for top organizations across various countries.

Sonja was brilliant at her work. And her international clients relied on the expertise she had to provide.

Sonja Morgan on The Real Housewives of New York City

Sonja joined the cast of The Real Housewives of New York City in season 3. Since then, she has been a staple on the reality show.

On the show, Sonja is known for being very outgoing, frank, and straightforward. She takes no BS!

Thanks to her hard work, Sonja Morgan’s net worth is estimated at $8.0 million. She reportedly earned $426,500 in 2014 for appearing on the hit reality show.

Sonja has been named as favorite RHONY housewife on Watch What Happens Live by Andy Cohen. She was also named as the favorite housewife of the entire franchise by Tina Fey!

In fact, Sonja was included in Perez Hilton’s “all-time favorite housewives list” and is also an NBC All-Star.

She was even a part of Bravo’s reality series, Millionaire Matchmaker, with Patti Stanger.

Before she joined the cast of The Real Housewives of New York, Sonja wrote her biographical screenplay á la Candace Bushnell’s Sex in The City. She has also produced a multimillion-dollar movie, The Marsh, which starred Forest Whitaker and Gabrielle Anwar.

In 2017, Sonja produced and appeared in the movie, The Man in the Attic.

In her free time, the reality star loves to entertain her friends and others by performing in her self-named “Caburlesque” shows. Additionally, Sonja also used to contribute fashion-related ideas to Star magazine.

In 2017, Sonja collaborated with shoe company French Sole and launched “French Sole NY by Sonja Morgan.” The 2018 collection will be up on Sonja’s website in June 2018.

She also has her own brand and an application called SONJA by Sonja Morgan that sells clothes, accessories, and swimwear. Meanwhile, Sonja In The City organizes events that cater to various clients needs.

Sonja is also famous for her toaster oven recipes (she even released a cookbook). She also launched her restaurant, Tipsy Girl, which features her Tipsy Girl prosecco and sparkling rose wines.

In 2016, Sonja made her off-Broadway acting debut in Sex Tips for Straight Women from a Gay Man. She also handles her production firm, Sonja Productions, LLC.

In her podcast, Sonja In The City, she talks about fashion, current events, and culture with special guests.

Sonja Morgan has a townhome located at 162 East 63rd Street in Lenox Hill. She put the property for rent in January 2018 and charges $32,000 per month.

The home has five bedrooms, five and a half bathrooms, and a hidden elevator.

There’s an entertainment room on the first floor. The second floor has a classic dining room that leads to a kitchen.

Meanwhile, the third floor is an entire master suite. The other remaining rooms are the fourth and fifth floors.

In 2011, Sonja made the list of Top 21 Best Dressed at Mercedes Benz Fashion Week by New York Magazine. She was also a weekly Star magazine fashion critic.

That same year, Sonja was featured in the magazine, The Learning Annex. She even appeared on the cover of Social Life Magazine, Lifestyle Mirror, K9 Magazine, Latino Show Magazine, Millennium, and The Sophisticate in 2011 and 2012.

For her philanthropic contributions, Sonja has been honored quite a few times. She was presented with the Broadway Speaks Out Hero Award for supporting the LGBTQ youth in 2011.

Besides appearing on the reality show and handling her business, Sonja is also involved in various charities. She is an advocate for children, arts, LGBTQ, and animals.

For more than 19 years, Sonja Morgan has been on the board of American Friends of Blérancourt, which is the only French American Museum in the world.