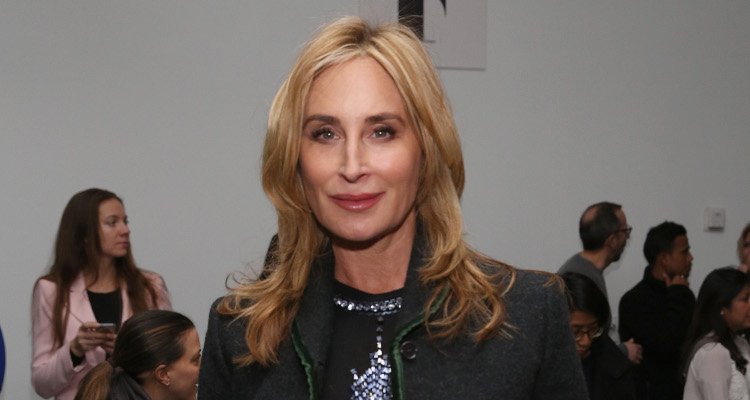 Another day, another episode of The Real Housewives of New York. The drama from Luann De Lesseps’ wedding continues —and by drama, we mean Sonja Morgan. It looks like she’s moved on from Tom D’Agostino with a new boyfriend…or boyfriends.

Love is in the air for Sonja Morgan. The only problem is, we’re not sure who the guy is. The Real Housewives of New York last night showed that Morgan is juggling two guys at the same time. Both tick all the boxes but each has something the other does not. We’re talking about Rocco Ancarola and a guy Morgan calls “Frenchie.” Who is Sonja Morgan’s boyfriend? If only we could say for sure! Here everything you need to know in our Rocco Ancarola’s wiki.

Ancarola is one of the biggest names in the nightlife business. He was one of the founding members of the Pink Elephant franchise, the Euro-centric house music concept that many of today’s top venues have duplicated. He conceptualized Riviera Sundays inspired by the Italian Riviera of the ‘60s. Ancarola was part of the Ciao Bella restaurant that attracted many celebrities.

His partner and longtime friend, Jayma Cardoso, recalls her first job as a bartender in Rocco Ancarola’s restaurant, Boom. She was really bad at bartending and had no experience but he was impressed by her social skills and made her a hostess. She says, “he really embraced other cultures and having a global flair. Whether it was music, food or guests. Rocco always celebrated diversity and the fun that comes out when you mix different people and cultures together.”

He’s also done a little acting with small roles in movies. His net worth hasn’t been calculated, but according to Sonja Morgan, his many clubs and restaurants helped him make a lot of money.

He Had a Brush with Death

On Thanksgiving in 2011, Ancarola had a near-death experience. He had an aortic aneurysm that required open-heart surgery to save his life. He recalls the day he had to be rushed to the hospital, “I came within an inch to dying that Thanksgiving Day on 2011. I was thankfully admitted to one of the best trauma units on the East Coast, at Newark University Hospital and lucky to be operated on by a team of great surgeons.”

When he came out of his medically-induced coma, the doctors were relieved and told him very few people get a second chance like he did. But instead of taking it easy, he was eager to get back to work.

“Upon my release home, there was talk from close friends of mine if I should leave NYC for less stressful places, like Italy or South Africa, where I was born and where my family still resides. But I still have a couple of big dreams to realize in this town, and was not ready to pack it in. For one, I still love to act and I am working on a series of short films with Abel Ferrara based on Fellini La Dolce Vita,” he said adding that he wanted to write a cookbook with recipes and anecdotes about all the celebs that have visited his establishments. As well as a screenplay based on how his parents met and fell in love.

Are Ancarola and Morgan Taking the Next Step?

The rumor mill has been buzzing ever since Sonja Morgan said she wanted to settle down. But is it the same with Ancarola? On last night’s RHONY, we saw Morgan’s younger beau, a guy we only know by Sonja’s nickname for him, “Frenchie.” He’s a 39-year-old businessman from France who is 14 years her junior. The hotelier splits his time between New York and Paris and meets most of her criteria.

“I made a list for myself, and my list was for people I could spend the rest of my life with and settle down,” she said in an interview. One of the things she wanted was her man should have kids of his own. As it turns out, Frenchie doesn’t. “I wanted somebody who already had children,” Morgan said. “He says, ‘Oh, I don’t need to have children.’ But then Carole Radziwill, always the voice of reason, says ‘Oh, he’ll want children! Look what happened with Demi Moore 10 years down the road. They always want children.’”

As if it isn’t complicated enough, she’s dating Ancarola at the same time. The resident party girl sees Frenchie “just for fun” and calls Ancarola the “marrying kind.” But her casual relationship is getting serious with Frenchie having moved in with her. It helps that his presence gets Morgan off roomie, Tinsley Mortimer’s back. The couple also has a little chat where Frenchie says he knows she’s seeing Ancarola. How did they not show more than that!?

Sonja Morgan then went on a date with Rocco Ancarola and told him about her tryst with Frenchie. We can’t even begin to fathom what could have been on the guy’s mind when she broke the news about having a younger guy on the side. And now he’s living with her! Ancarola was oddly cool with it which raises serious questions. Who is Sonja Morgan’s boyfriend for real?