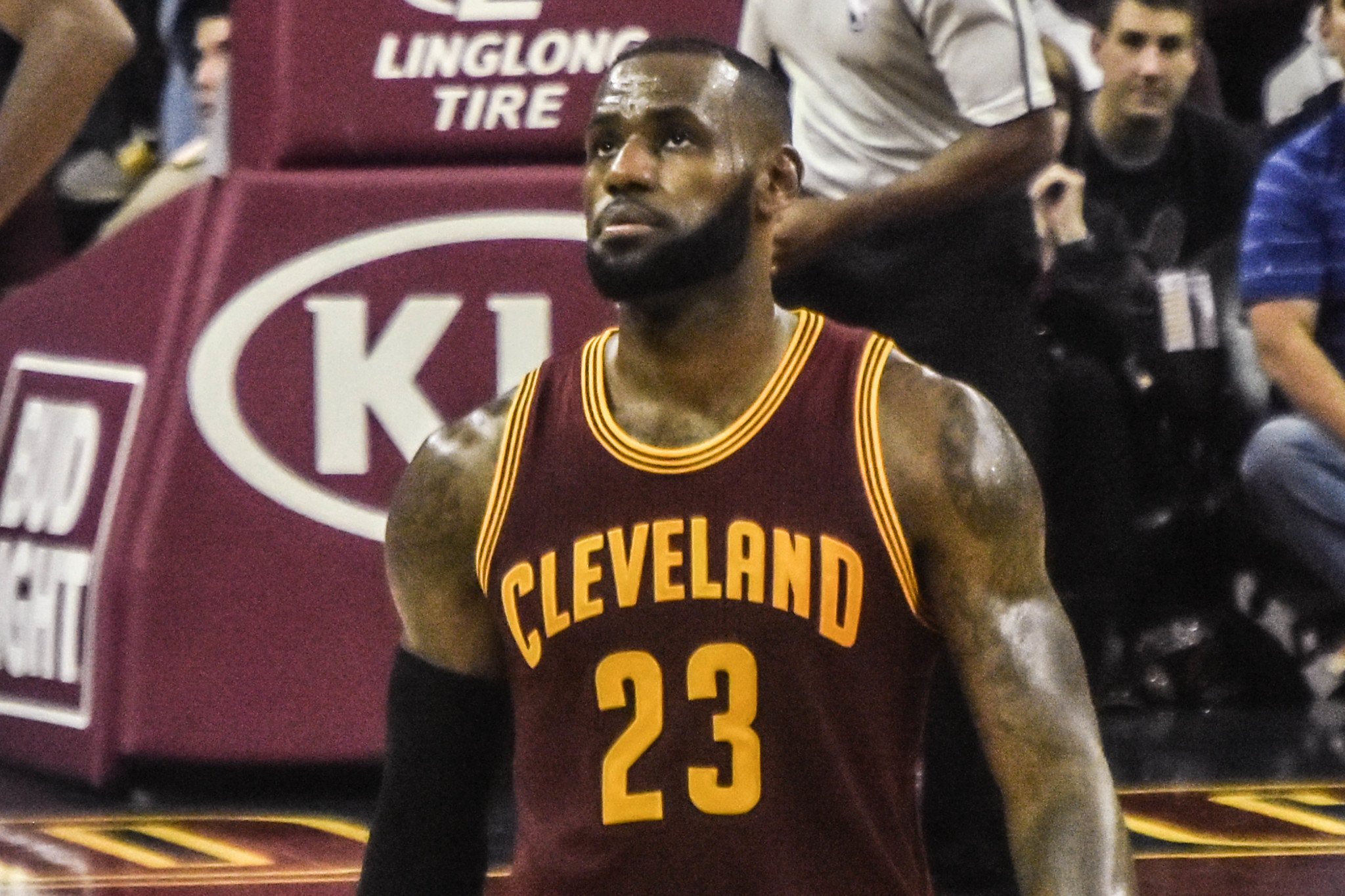 LeBron James is back on the court and training harder than ever. The ace basketball player posted a photo on Facebook of a seemingly empty court with just a wet towel, a basketball, and a pair of his famous Nike LeBron shoes. James added the caption, “And that’s a wrap for 3 a days today! Can’t feel my legs right now but it’s all worth the pain! [sic]” He also included the hashtags, “StriveForGreatness” and “IPROMISE.”

The star athlete’s post has gotten almost 55,000 likes since it was posted on Monday evening. (The same post on Instagram has been liked 206,000 times.) Most of the comments encouraged and praised LeBron James for his dedication and hard work, and some even called him inspiring, but one joke in particular stood out. A user started a trend based on The Weeknd’s trending chartbuster “I Can’t Feel My Face” and wrote, “I can’t feel my legs when I’m with you, but I love it.” This gathered several spin-offs and other hilarious comments.

Another funny meme of LeBron James is making its rounds on the Internet. Just a day ago, Dwayne Wade posted a Photoshopped picture on Instagram of rappers Drake and Future’s faces on his and James’ body—the original picture was taken back in 2010 when both James and Wade played for Miami Heat. The meme was intended to be a nod to Drake and Future for their recent collaboration. Soon after Wade posted it, James clearly approved because he reposted it to his own Instagram and Facebook page. Along with the meme, James wrote, “Yup! THEY can go solo or team up together and make fire either way,” with a shout-out to Dwayne Wade, Drake, and Future.

Although James and Wade are still clearly tight, they may not be once they’re facing off on the court—Dwayne Wade still plays for Miami Heat, but LeBron James has signed on with the Cleveland Cavaliers for two more years. The two teams play each other on October 30 in Cleveland.