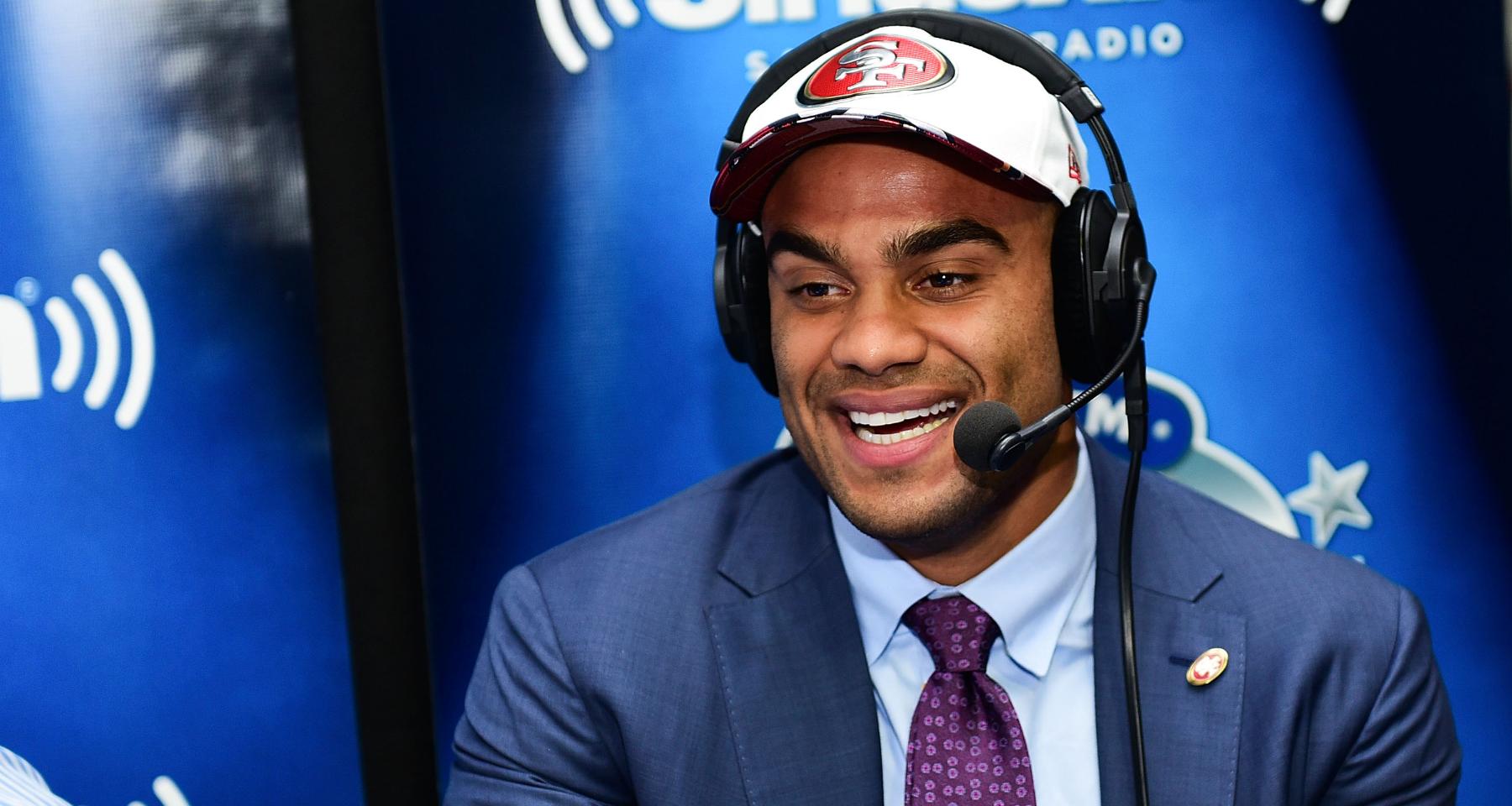 Losing a loved one is always painful, especially when they’ve made the decision to take their own life. NFL player Solomon Thomas still gets teary-eyed when he talks about his late sister, Ella Thomas, who committed suicide earlier this year. Thomas and his family are still coping with her death, and they are now speaking out and raising awareness on depression. If you want to know more about Solomon Thomas’ family, then we have all the details for you, right here.

Solomon Thomas’ father, Chris Thomas, graduated in 1979 from Zanesville High School in Ohio. He then attended The College of Wooster and graduated in 1983 with a Bachelor’s degree in pre-law studies (with a double major history and English).

Chris Thomas was the first person in his family to attend college and graduate. So, education was a priority for him.

In an interview, he revealed that he moved his family around a lot because of his work. They have lived in Chicago, Sydney, and Stamford but have been residing in Dallas for the last 13 years.

Currently, Chris works as a chief customer officer at Diversity Distribution. He joined the company in 2010.

According to his Facebook page, he is “responsible for directing overall goals of firm’s entire sales and marketing distribution campaigns. Utilize expertise in development and implementation of sales/marketing as well as promotion/distribution opportunities and business strategy development, to primarily focus on strategic consulting focused on practical solutions for clients leveraging more than 25 years of experience as senior sales, marketing and consulting executive.”

Additionally, Chris is the vice president of sales and marketing at Galactic Performance Solutions. His responsibility in this company is to offer performance-based solutions to increase consumer loyalty and productivity.

He, along with his father and brother, are big sports fanatics. So, it comes as no surprise that Solomon Thomas is such a brilliant player.

Chris Thomas married Martha Horst on June 16, 1985, which means the couple has been happily married for 33 years now.

Solomon Thomas’ mother lives in Coppell, Texas, where she is a social studies teacher at Coppell Middle School North.

Ella Elizabeth Thomas was born on April 19, 1993, which means she was 24 years old at the time of her death. She was Solomon Thomas’ older sister and had traveled many places by the age of seven.

She was from Coppell, Texas, where she graduated from Coppell High School in 2011 but previously lived in Dallas, Texas. During her high school days, she was also a brilliant basketball player for the Coppell Cowgirls.

Ella Thomas later attended the University of Arkansas in Fayetteville, Arkansas and got a job at Grub’s Bar & Grille – Uptown. After she graduated from college in 2017, she moved back to Coppell.

Her friends described her as a loving and generous person with a feisty personality. Ella was known to help people and had a soft spot for dogs.

She was very open about her depression with her brother. She had anxiety and sometimes it would become so bad that she would go into a really dark place.

According to reports, Ella was depressed because of a bad experience that occurred in her life. The NFL player revealed that his sister was gang-raped at a frat house on campus where there was alcohol. She was never the same after that horrific incident.

Although she tried to talk to those in charge at the school, they didn’t take any action. Solomon feels that maybe his sister blamed herself for the incident, which was most likely why she dropped out of the school without telling her family the reason.

Ella told her mother about the rape two years after the incident, and she opened up to her brother three years later.

She went to a therapist and started taking medication for her anxiety. The meds helped her feel better, but Ella would then become depressed again a few days later.

Ella was depressed and moved back to her parents’ house. There were days when she would spend a lot of time in her room.

On January 23, 2018, Ella wasn’t at home. But her family thought she was staying at a friend’s place, so they weren’t worried.

Solomon Thomas’ mother texted him to ask if he heard from Ella. But he didn’t, and at around 1:00 p.m. that day, his father called him up and told him what happened. Solomon was alone and fell to the ground, crying.

Ella Thomas committed suicide on January 23, 2018, in Coppell, Texas. The cause of Solomon Thomas’ sister’s death was determined to be a gunshot wound to her chest.

On the day Ella took her life, a police officer gave her phone to Solomon and told him that the last messages sent from her phone were to two of her friends who were dealing with depression. She was trying to help them out.

Solomon Thomas, along with his family and friends, took part in the Walk Out of Darkness fundraiser in Dallas to raise money and awareness about depression and suicide for the American Foundation for Suicide Prevention.

Solomon Thomas said that his sister was the light of his life from day one. They were close to each other growing up and shared a lot. Now, his priority is to dedicate his time to help as many people with mental health issues as he can.