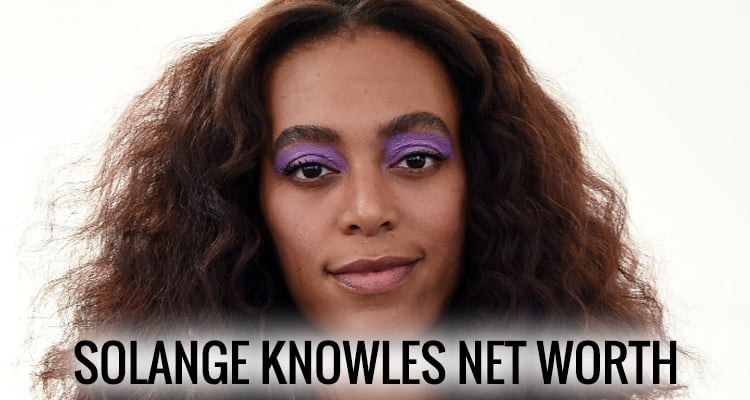 Solange Knowles is making her big sister proud with her new album, A Seat at the Table. The album, which deals with Black identity, comes at a time when racial issues are on the rise and are being widely discussed. Beyonce and their mother, Tina Knowles are raving about her album, along with other celebs. Many probably want to know more about Solange Knowles after her long-awaited return to the music scene. If you have hit the Internet looking for Solange Knowles’ net worth, family, son, and album, you’ve come to the right place.

A Seat at the Table album took Solange Knowles four years to create and she said in a press release that it is, “a project on identity, empowerment, independence, grief, and healing.” The album contains 21 tracks written by Knowles herself, and features guests artists like Lil Wayne and Kelly Rowland. Her parents, Tina and Mathew Knowles provide interludes in the album, recounting times of difficulties the Black community faced. The album was completed just hours before her 30th birthday. She has already released music videos for “Don’t Touch My Hair” and “Cranes In The Sky”.

I have shared the lyrics in my digital book #ASeatAtTheTable on https://t.co/s5tfNaI4RH…. along with a photo journal pic.twitter.com/BCqpDrIuOC

Here’s everything you need to know about Solange Knowles.

Solange Knowles’ net worth is estimated to be $8.0 million.

It may seem like small change in comparison to her sister, Beyonce’s $265.0 million net worth (according to Forbes) but Solange Knowles is a self-made woman. Besides her singing and songwriting career, she’s also an established model and actress. She also has a toy line named Baby Jamz and she has composed hip-hop inspired nursery rhymes inspired by her son. She’s a fashion icon and has multiple endorsements for clothing and cosmetic lines. Knowles also contributes to House of Dereon, the clothing line started by her mother and Beyonce.

Solange Knowles studied dance and theater when she was young. Her first performance was at an amusement park when she was five years old. She started writing songs at the age of nine and at 13 she was already ready for a recording career. She also replaced a backup dancer in one of Destiny’s Child’s tours and at one performance, she filled in for Kelly Rowland when the former Destiny’s Child singer was injured. At the age of 16, her father signed Solange Knowles to his label, Music World Entertainment and has been her manager ever since. Unlike how her father’s aggressive management caused conflicts between him and Destiny’s Child, Solange Knowles ensures she has more control on her career than her father.

Before A Seat at the Table, Solange Knowles had released three albums and was even featured on the soundtrack for Austin Powers in Goldmember. She was also featured on a number of artists’ albums. She lent her voice to a character in the animated TV series, The Proud Family. Her father used Knowles for a publicity stunt, announcing she would join Destiny’s Child. But Beyonce and Kelly Rowland were quick to deny the news, stating that Knowles is a “solo star.” That same year, Solange Knowles debuted with her album, Solo Star. She had a brief film career and showed her dancing prowess in the cheerleader movie series, Bring It On: All or Nothing. She also appeared in a number of TV shows.

My husband Alan & I created two visuals for #ASeatAtTheTable
See “Don’t touch my hair” & “Cranes in the sky” here! https://t.co/i9ySAfeKJy

Though Solange Knowles has a successful music career, she’s probably known best for her altercation with Jay-Z. In 2014, a security video was revealed in which Knowles was seen assaulting Beyonce’s husband, rap mogul Jay-Z. The altercation happened inside an elevator of a Manhattan hotel after they had attended the Met Gala. Knowles was wildly kicking and swinging at Jay-Z, and had to be restrained by a security guard. Jay-Z was mostly passive and Beyonce, who was present, didn’t react as well. The story went viral and many speculated the reason for Knowles’ anger was Jay-Z cheating on her sister. Many rumors have been floating around about Jay-Z and Beyonce’s marriage ever since then. However, Beyonce, her sister or Jay-Z never let out a peep about the cause of the altercation and Beyonce and Jay-Z have shown the public they are indeed still together since the incident.

Knowles’ album, A Seat at the Table is available now. You can download the album on iTunes or stream it on Spotify. Also, check out Solange Knowles’ YouTube Channel for the music videos of “Don’t Touch My Hair” and “Cranes in the Sky”.