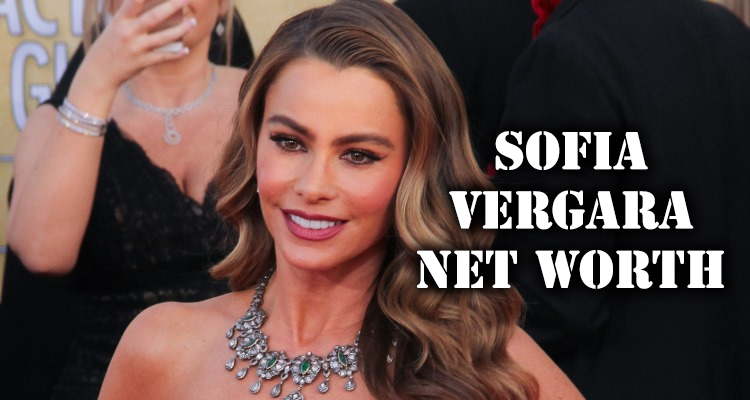 Today is the Mrs. Sofia Vergara birthday. Before you run off and buy her a present, ask yourself “how rich is Sofia Vergara,” and what can you really get her? Well let’s see, the Sofia Vergara net worth stands at about $100.0 million, so there isn’t much she can’t afford. More than that, she’s warmed our hearts and had us rubbing our bellies in laughter with her character “Gloria” on the mega hit TV series Modern Family.

To think all of this started on the beach. That’s right, Sofia Vergara was discovered randomly by a photographer while laying on a beach in her home country of Columbia. That chance encounter would spark her modelling career, and land her in a Latin America wide Pepsi commercial. That was more than 25 years ago, and now Vergara is the highest paid TV actress on the planet.

But let’s take a step or two back. She didn’t just jump from model to Modern Family. Vergara was forming the beginnings of a business empire even way back then. Her next move was to relocate to the U.S and begin hosting for Univision in the mid ‘90s. Her most notable TV duties with Univision included hosting Fuera de Serie and later a variety show called A Que No Te Atreves.

By the start of the Millennium, Vergara had taken home the prize for Latin Woman of the Year. She was also getting film roles. Tyler Perry cast her in two of his movies, Meet the Browns and Madea Goes to Jail. That gave Vergara some more traction with American audiences, and in 2009 Gloria Delgado Pritchett was born.

All About her Business

In 2015, Forbes listed Vergara as having earned $28.5 million. The year before that, her earnings were listed at $30.0 million. Though she reportedly makes close to $200,000 an episode, Vergara does much more than act to stack her income.

She is a sought after celebrity when it comes to endorsements. She has personality, presence, is bilingual, and is undoubtedly one of the most beautiful women. All of these factors combined have helped Vergara accrue a long list of brands looking to capitalize off of her fame.

Some of those brands include Pepsi, numerous Cover Girl endorsements, State Farm, Rooms to Go, and Comcast. In 2012, she also launched her own clothing line with K-Mart. She also earned $7.0 million from Sears for a Spanish language campaign. Vergara has been so popular for brands that she outpaces Kim Kardashian in endorsement earnings.

It’s almost as if Vergara saw all of this coming. Back in the mid ‘90s, she started a talent and media company called Latin World Entertainment. The venture continues to make her revenue to this day.

Family has played an interesting role in Vergara’s life. She lost her brother to a shooting in Columbia in 1996. Just three years before that, she divorced her husband and high school sweetheart, Joe Gonzalez. Sofia Vergara’s son Manolo is from this marriage, who was born just a year before the divorce.

It took a while before another Sofia Vergara husband would fall into her life. 2012 saw her get married to Nick Loeb. But that marriage would be short lived and the couple split just two years later in 2014. The split was all but amicable. Loeb sued Vergara over frozen embryos and the whole thing turned into a media storm. Yuck!

Thankfully, that stage of Vergara’s life is over and she is now married to True Blood star Joe Manganiello. In 2014, Vergara bought a house in the heart of Beverly Hills for a reported $10.6 million. The Italian style mansion holds 7 bedrooms and 9 bathrooms.

Would you ever be able to guess the Sofia Vergara age if it wasn’t for Google? Probably not. But today marks her 44th birthday with more than half of her life spent in the public eye. Though she’s come a long way from laying on that beach, Vergara still very much cares for Columbia. After being diagnosed with thyroid cancer in 2000, she started a foundation to help families from her home country cope with the disease.

It’s been an incredible run for Vergara. From modelling to acting and now leading a business empire, she’s built her brand to me one of the most lucrative in Hollywood. Through all the craziness, she’s rarely seen without that infectious smile. Certainly a celebrity we’ve all grown to genuinely respect and appreciate for all she’s done and for how she’s gone about doing it. Happy birthday Sofia!