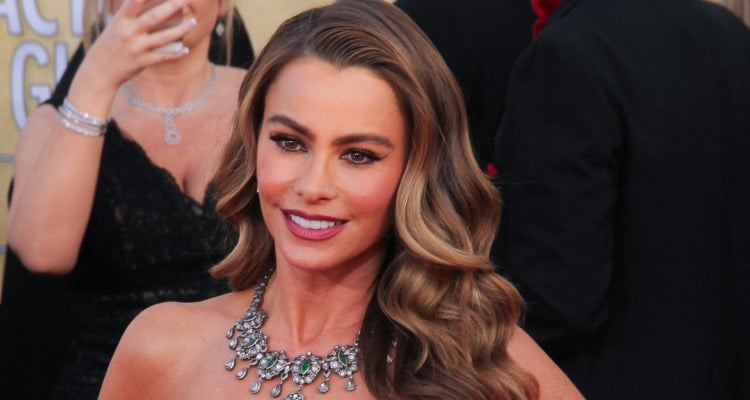 Vergara has a son, Manolo Gonzalez-Ripoll Vergara, who was born on September 16, 1992. His father, Joe Gonzalez, was Vergara’s high school sweetheart, and they were married for three years before divorcing in 1993. She and her son are very close and they even starred together in a parodied Head & Shoulders YouTube video that went viral. Manolo also put up a clip of his mother’s “real” accent, which turned out to be a British accent recorded over her voice after the cameras were off.

Vergara married True Blood actor Joe Manganiello last year, and the two have been inseparable ever since. Sofia Vergara and Joe Manganiello travel and walk the red carpet together, and are such a beautiful couple. But so far, the Hot Pursuit actress is not pregnant and was just seen sporting a flat stomach in a crop top while strolling the streets of Beverly Hills. You can also see pictures of them together on the Sofia Vergara Instagram.

Don’t Hate Me Because I’m Beautiful …

Vergara has received negative criticism in the past for her body, which has prompted people to search for “Sofia Vergara plastic surgery” in order to see what she’s had done. Sorry to disappoint, but Sofia has gone on record saying her breasts are real and sometimes get in the way of her wearing certain things. Does anyone remember when she was literally put on a pedestal, spinning in a gown at the Academy Awards? She got negative remarks about it but kept her head high and gave a positive response.

She may be one of the highest earners on prime time TV right now, but she wasn’t always sitting at the cool table. You may remember her role in Kevin Hart’s 2004 comedy, Soul Plane, where she played a flight attendant. It was the most-bootlegged movie in history and didn’t receive the best reviews from critics or fans at the time. But now, both Vergara and Hart are part of Hollywood’s elite, so we’re pretty sure they’re not bothered.