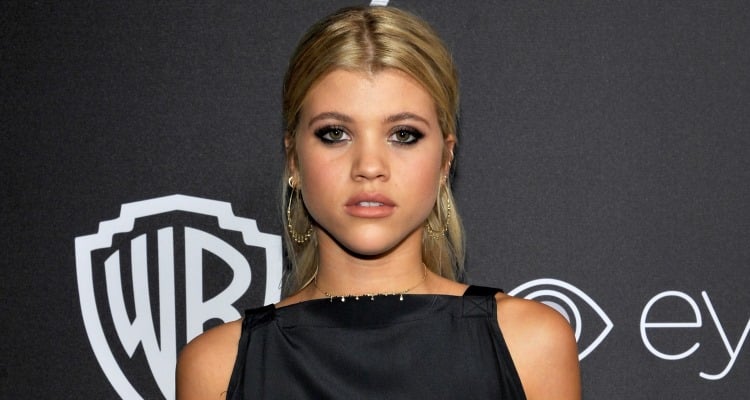 Lionel Richie’s youngest daughter has been taking the modelling world by storm and there’s no sign of her slowing down anytime soon. Sofia, 18, walked the runway in a Philipp Plein design, pantless while wearing knee-high stiletto boots and an oversized zipped sweater, featuring the designer’s moniker. 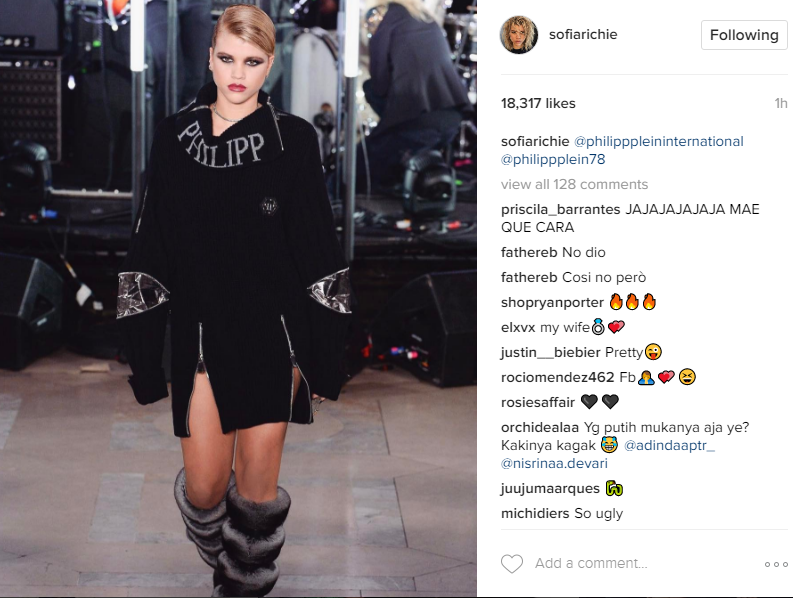 After the show, socialite and former reality star, Paris Hilton met up with Sofia to congratulate the budding model. Sofia had a picture taken of the two and posted it on the official Sofia Richie Instagram with the caption, “So much love in my heart for this one, made me so happy knowing she was supporting.” 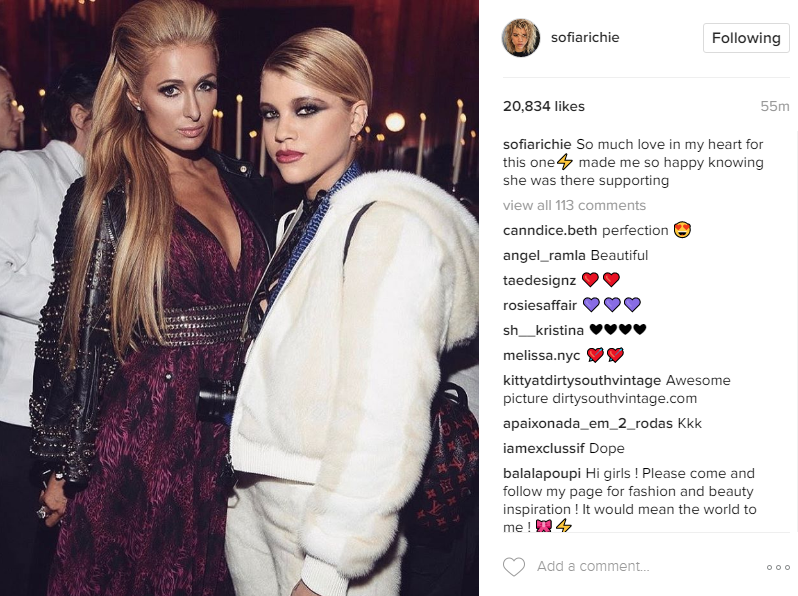 You can’t tell by their faces, but there’s a lot of love behind them. The Richies and the Hiltons have been close for years, so it’s no surprise that Hilton would be there to support her long-time family friends.

After her break up from Canadian pop star, Justin Bieber, the California native has been enjoying her work and seizing every opportunity. For those who don’t remember, Bieber fans (who disliked Sofia dating their teen idol) wrote mean comments about her, which lead to Bieber temporarily deleting his Instagram account and becoming engaged in a social media battle with ex-girlfriend, Selena Gomez. But everything worked out: Bieber is back online, Sofia is enjoying the life of the catwalk, and Gomez, well she’s got The Weeknd keeping her love life busy!