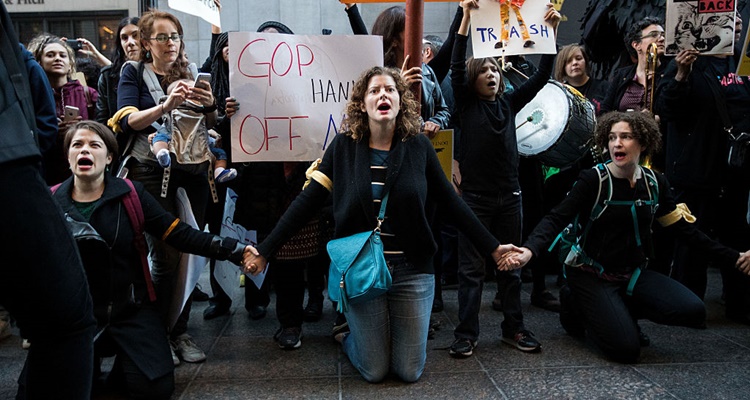 After Donald Trump’s shocking victory in the 2016 U.S. presidential election, anti-Trump protests and rallies are erupting all across the country.

Donald Trump became the newly-elected 45th president of the United States, after a surprising upset victory over Democrat candidate, Hillary Clinton. After Clinton’s emotional concession speech yesterday morning (November 9), in which she simply described her devastating loss as “painful,” thousands of angry social advantage groups and protesters have taken to the streets to voice their frustration, over being saddled with what they call a “racist, sexist, and xenophobic president.” Many people are looking for how they can watch live streams of the anti-Trump protests, socialist advantage groups, and socialist alternative rallies and demonstrations.

Furious Anti-Trump protesters began marching down the streets of several cities around the country, after 70-year-old real-estate magnate and now president-elect, Donald Trump gave his victory speech. The rallies and demonstrations that initially commenced on a small-scale quickly gathered momentum, spreading to neighboring states and cities such as New York, Chicago, Washington, Seattle, New Orleans, Philadelphia, Boston, Portland, Atlanta, Austin, and even Washington. The anti-Trump protests live stream is available to watch online, but please be advised that it should be viewed with discretion, due to graphic violence and colorful language. 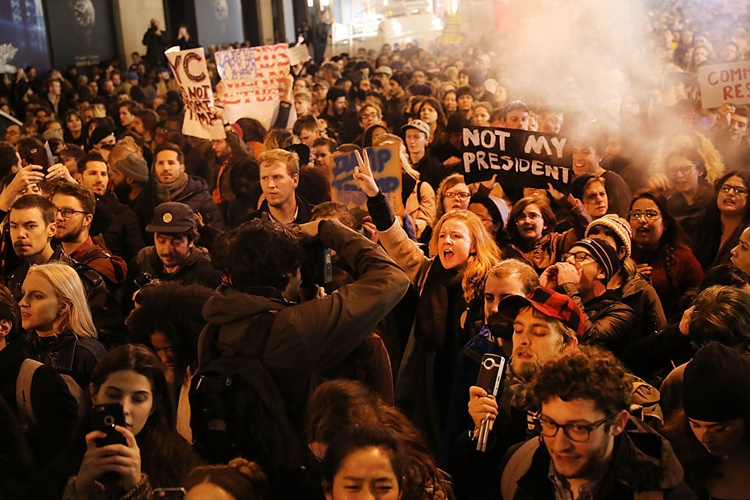 While the rallies were mostly non-violent with silent protests and candlelit vigils, some demonstrators burned effigies of Trump and stormed the gates of Trump Tower in New York City. Police officers were forced to add extra security and place barricades outside various Trump hotels across cities, where anti-Trump protests were taking place. Less than 24 hours after Trump gave his victory speech, chaos reigned across the entire nation, with some cities being forced to shut down traffic to let people pass.

Thousands of people walked down the streets to express their anger and disappointment over the defeat of Democratic nominee Hillary Clinton, who was slated as the most popular choice for president. Celebrities like Madonna and Cher joined the New York protests, encouraging supporters to fight. Holding placards and posters that read “Love Trumps Hate,” “Dump Trump,” and even “F**k Trump,” the rally, which was organized by a group calling themselves the Socialist Alternative, asked people to come together and “build a movement to fight racism, sexism, and Islamophobia.” The demonstration convened at Union Square in downtown Manhattan, and proceeded towards Trump Tower.

Immigrants, Minorities, and the LGBTQ Community Fear for Their Lives

In his victory speech, Trump proclaimed that he would be the president for all Americans and that it was “time to come together as one united people.” The billionaire mogul announced, “I pledge to every citizen of our land that I will be president for all Americans. And this is so important to me. For those who have chosen not to support me in the past, of which there were a few people, I’m reaching out to you for your guidance and your help so we can work together and unify our great country.” 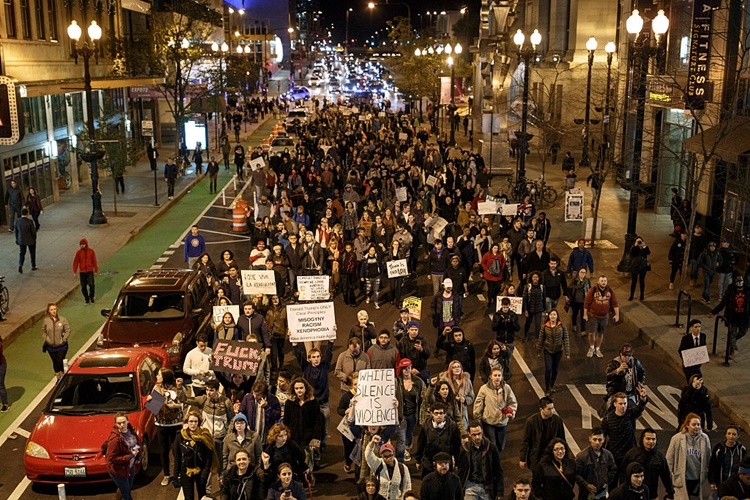 However, minority communities like Hispanics and Muslims are not convinced by Trump’s statements of inclusion and unity, since he had vowed to build a wall at the Mexican border, deport illegal immigrants, and even ban Muslims from entering the United States. Chants of “Not My President,” and “No Trump! No KKK! No racist U.S.A,” rang in the air in cities nationwide, after Trump was announced as victorious in what is considered one of the most controversial, fraught, and polarized presidential elections in modern history. Hillary Clinton was poised to become the first female president, but had her dreams cut short after a crushing defeat with 228 electoral votes, as opposed to Trump’s 279 winning votes.