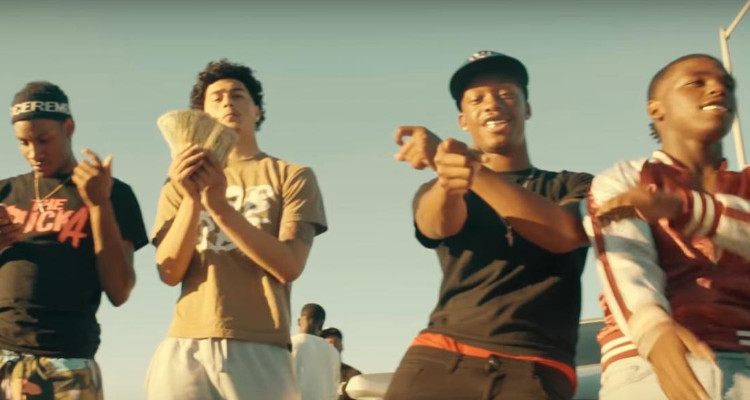 Joining the league of new rappers is SOB x RBE! The group consists of four main members who, since 2016, have garnered heaps of popularity in hip-hop. If you are wondering who they are, then check out our SOB x RBE wiki.

Did you hear “Anti” and wonder who SOB x RBE are? The group formed over a year ago and already have over 270k subscribers on their YouTube channel. Here’s what you need to know about the group including SOB x RBE’s songs, albums, and tours!

Who Is SOB x RBE?

The group’s members include Yhung T.O., DaBoii, Slimmy B, and Lul G who are currently the face of SOB x RBE. Their popularity only rose after they were seen backing Sage the Gemini on tour. Meet the SOB x RBE members right here.

Yhung T.O. and DaBoii go way back, and were the first to form the group. They knew each other since elementary school, and grew up in Vallejo, California.

In an interview, T.O. spoke about starting off as a rapper saying, “For me personally, I was singing some gangsta s**t. So how I got people’s attention was like, how is this n***a singing, but they got guns in the video and he’s talking a whole bunch of hot s**t. That caught a lot of people’s attention.”

He says their music, and even his own, is what Vallejo is all about. Their soulful songs about their experiences growing up earned them thousands of fans.

Born on November 14, 1998, he is also 19. The young artist had a passion for music and basketball since he was a child. He already has over 100k followers on Instagram, and the group have not even been together for two years!

His hometown of Vallejo shaped the artist’s thought process, which he applies to his music.

He met Slimmy B at the Boys and Girls Club, and they bonded. The two were introduced to Yhung T.O through DaBoii.

Lul G was always experimenting one way or another with music. He rapped into an iPhone with Yhung T.O., and added a beat to it through a PlayStation.

He agrees with T.O.’s vision for the group’s future and said, “We had our own style, we made music how we thought our music should sound. So therefore, we are our own artists. Everybody in this group can be mainstream, that’s obvious. For the future? We just tryna advance, get better.”

Born on February 26, 1997, Slimmy B’s age is 20. Like most of SOB x RBEB, he is also from Vallejo, and graduated from Vallejo High School.

Slimmy B and Lul G began recording music a friend’s place, which is when Daboii introduced them to T.O.

The artists came together as a family before they became SOB x RBE.

Slimmy B’s son was born towards the end of 2016, and though his baby mama’s identity is still unknown, he says it is hard to be away from his growing family, but “In the long run, it’s all gonna work out when our bank account is six-seven figures.”

Born on August 14, 1997, his age is 20. He was also a childhood friend of Slimmy B, who grew up in Vallejo like the rest of the group. Behind the crassest voice of the group, is actually the silent and calm DaBoii.  Joining the group at the start, he is known for his no-nonsense style of rapping, like Slimmy B.

While the duo provide the edge the group needs, Yhung T.O. brings in the smoothness to balance the act.

So far, they have two albums: SOB x RBE, which dropped last year, and Ganggin, which will be available on February 23, 2018.

The group will tour from March to April this year. If you want to see SOB x RBE in concert, then check out their tour schedule to see when they will be in a city near you!