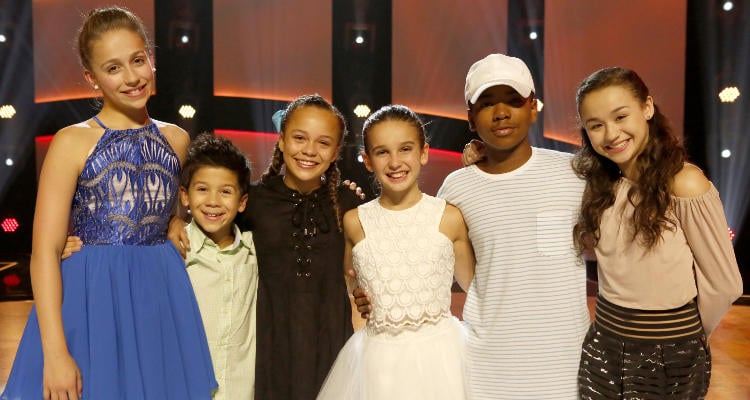 Here are the top 8 contestants of So You Think You Can Dance 2016:

12-year-old Tahani’s infectious energy, has captivated hearts all across America. Last time, she paired up with All-Star Comfort Fedoke, for a dance hall piece. They put on an entertaining show, considering it was the first time a dance hall routine had been performed on SYTYCD. This episode, Tahani did a neat little hip-hop routine to “I’m Going Down” by Rose Royce, which was choreographed by Tabitha and Napoleon D’umo.

Last episode, 10-year-old tap dancer Emma and All-Star Gabby Diaz, took a fierce stance for a Chloe Arnold tap piece. The twosome apparently shared great chemistry. This week they tap danced to “Walk Like an Egyptian” by The Puppini Sisters, in a piece choreographed by Anthony Morigerato.

Another stellar performer, 12-year-old Ruby Castro, and All-Star Paul Karmiryan did a breath-taking Argentine tango last week. Unusually creative, the duo’s fantastic connection came shining through, and earned them a standing ovation from all four judges. This time around they swayed to “Echelon” by Jack Trammell, in a dance choreographed by Jean Marc Genereux.

On the last episode of So You Think You Can Dance season 13, 13-year-old Kida Burns put on a hip-hop routine, that earned him a standing ovation from the judges. The talented teenager did a Dave Scott dance featuring All-Star Fik-Shun as a puppeteer, and Little Kida was his puppet. This week they got their funk on to “The Buzz” by Hermitude feat. Big K.R.I.T., Mataya & Young Tapz in a hip-hop routine choreographed by Misha Gabriel.

J.T. maybe only 10-years-old, but he can easily give the older contestants a run for their money. Last week, the contemporary dancer performed a Travis Hall piece with All-Star Robert Roldan. The audience was left spell-bound, when Robert gently pulled little J.T. through a wooden frame and into a lift. In this episode, the duo jazzed it up to “Friend Like Me (from ‘Aladdin’)” by Ne-Yo, in a dance choreographed by Mandy Moore.

A contemporary dancer like her competitor J.T., 12-year-old Tate paired up with All-Star Kathryn McCormick, for a moody and dramatic piece to give the audience an impressive experience last week. This week however, the duo performed to “She Used to Be Mine” by Sara Bareilles, in a contemporary number choreographed by Travis Hall.

Crowd-favorite 13-year-old Jordan, and All-Star Sasha, paired up for a contemporary routine to “Amazing Grace (Premier Video Appearance)” by Harlem Gospel Choir, which was choreographed by Sean Cheeseman. They captivated the audience with their raw energy, accentuated by different choreography and lesser dancers than usual.

Touted as one of the best performers of So You Think You Can Dance: The Next Generation, 12-year-old Monreal danced a fun and spunky samba with All-Star Jenna last week. Despite their considerable height difference, the duo set the stage on fire. This week, they jived to “Land of 1000 Dances” by Wilson Pickett, in a dance choreographed by Jean Marc Genereux.