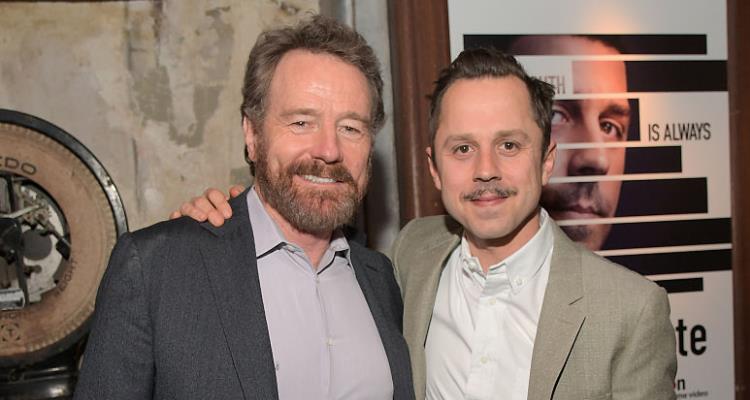 For many major network producers, Sneaky Pete is definitely the one that got away. The show was turned down by a number of major networks because they thought the pilot wasn’t riveting enough to feature in their regular lineup! But, as the saying goes, everything happens for a reason. It was a huge stroke of luck that this show got picked up by Amazon, where it’s remained at the number one ranking in North America since its inception.

Based on the way the pilot episode of Sneaky Pete was passed over by one major network after another—most notably CBS—it seems like this was the show that got away, ultimately slipping through the fingers of every influential television CEO and landing in the ready and accepting hands of Amazon Prime Video. No doubt, those network bigwigs are now kicking themselves for not taking a chance on this runaway hit series! Sneaky Pete is arguably one of the biggest missed opportunities that, surprisingly, a lot of people still don’t know about. But all of that’s about to change with the premiere of the new season tonight. In case you missed it, here’s a quick Sneaky Pete season 1 recap!

(And for those of you who are chomping at the bit, Sneaky Pete season 2 is on its way!)

Who Is Sneaky Pete?

On the surface, the premise of Sneaky Pete seems like a pretty stereotypical or cliché crime drama plotline. It follows the protagonist, Marius Josipović (played by Giovanni Ribisi). Marius is an ex-con artist who’s just recently been released from prison and is looking to claim a new lease on life by leaving behind his life of crime. What he doesn’t realize at first is that once a con artist, always a con artist.

Upon being released from prison, Marius quickly finds himself in hot water and he’s already on the wrong side of the law again. He certainly proves that old habits die hard when he’s forced to assume the identity of his former cellmate, Pete Murphy. As the saying goes, you can take the man out of the con, but you can’t take the con out of the man!

It’s true what they say, though. Desperate times call for desperate measures! And when a sadistic, terrifying, and extremely violent gangster named Vince Lonigan (played by the talented Bryan Cranston, who also serves as executive producer of the show) has kidnapped your brother because you both owe him huge money—$100, 000 to be exact—you get very desperate!

Despite claiming to be “a very reasonable man”, Vince wants all of the money in exactly seven days—or else. He’s threatened to physically harm Marius’s brother, and judging by the callous way in which he shoots a random person in the trailer for the pilot, it’s clear that he makes good on his promises!

As a direct result of his insurmountable circumstances, Marius pretends to be Pete and reunite with his estranged family, who hasn’t seen him in nearly two decades. Pete’s unsuspecting grandparents have no reason not to trust Marius/Pete—or so they think—and so they willingly welcome him back into their lives with open arms.

Of course, the more circumstantial lies Marius is forced to concoct, the more tangled the web he weaves because of his dishonesty. Before he knows it, he’s surreptitiously reverted back to his old ways just to stay ahead of the game!

In the season 1 teaser, Marius says, “A liar gets caught in a lie, they don’t come clean. They build a bigger lie.”

Little does he know, Pete’s family has secrets of their own that are slowly unveiled over the course of the first season—including covering up the accidental murder of a crooked NYPD police officer. The plot continues to thicken as these interesting character-based storylines carry over into the second season.

What to Expect in Season 2 of Sneaky Pete

Without giving too much away, we can say this: season 2 will slightly shift focus from the core plotline of Marius’s botched attempt at cleaning himself up, and will instead delve deeper into the individual and intricate storylines of the supporting characters. It’s going to demonstrate exactly how they fit into the grand scheme of things.

Looking for the official Sneaky Pete season 1 trailer? Check it out here!

And here’s the trailer for season 2 of Sneaky Pete to get you riled up for the new episode tonight!