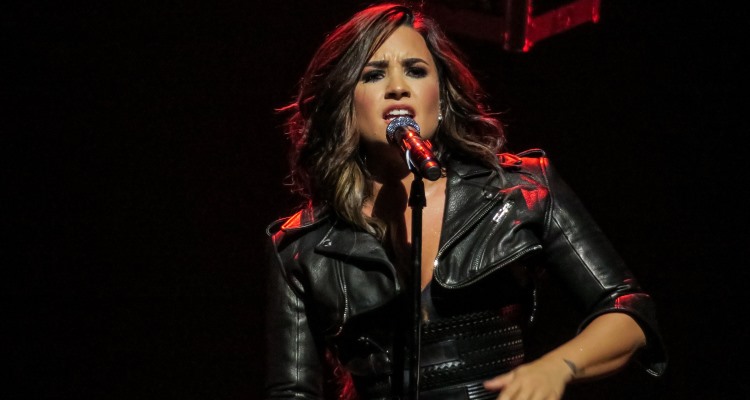 It looks like things are not cool for the summer, now that “Confident” singer Demi Lovato is being sued by indie band, Sleigh Bells. The pop duo has served Lovato with a lawsuit for copyright infringement. The music group claims that the former Disney star’s 2015 hit “Stars” sounds a little too similar to one of their songs called “Infinite Guitars,” from 2010.

“Flattered you guys sampled ‘Infinity Guitars’ and ‘Riot Rhythm’ for ‘Stars’ but we were not contacted. Gotta clear those.”

Fans looking to learn more about the lawsuit have been searching for terms like, “Demi Lovato is being sued for copyright infringement sleigh bells.” And since there isn’t much on the band themselves, we have decided to put together a Sleigh Bells wiki. Below, are five facts you probably didn’t know about the indie pop band.

Sleigh Bells, an American noise pop duo and indie band, originated in Brooklyn, New York and have been active in the industry since 2008. The band’s members consist of vocalist, Alexis Krauss and guitarist, Derek Edward Miller. Krauss, 30, was born on September 27, 1985 in Manasquan, New Jersey and not much is known about Miller, except that he’s a young guitarist from New Orleans who was a bar back in New York, while looking for a female vocalist. He now has an apartment in Brooklyn, that he doesn’t have time to sleep in—which he likes.

Sleigh Bells was represented by record label, N.E.E.T. in 2009 but then switched to Mom + Pop Music in 2010, when their first of their albums, Treats, was released.

In 2012, a defining and memorable event happened: they got to perform on the hit long-running sketch comedy show, Saturday Night Live. According to a Grantland interview, the band had never imagined anything like that happening to them and they were more excited about the SNL cast than the opportunity itself.

In 2013, the album Bitter Rivals, was released and it was partially inspired by none other than superstar, Janet Jackson. According to reports, Krauss wrote several tracks that would have a more R&B type of rhythm to them and was inspired by the pop star’s slow-winding melodies.

If you listened closely to the season one finale of Netflix’s Marvel hit, Jessica Jones, you would hear Sleigh Bells’ song “Demons” playing in the background. We know what you’re thinking; “That’s where I’ve heard them before!”