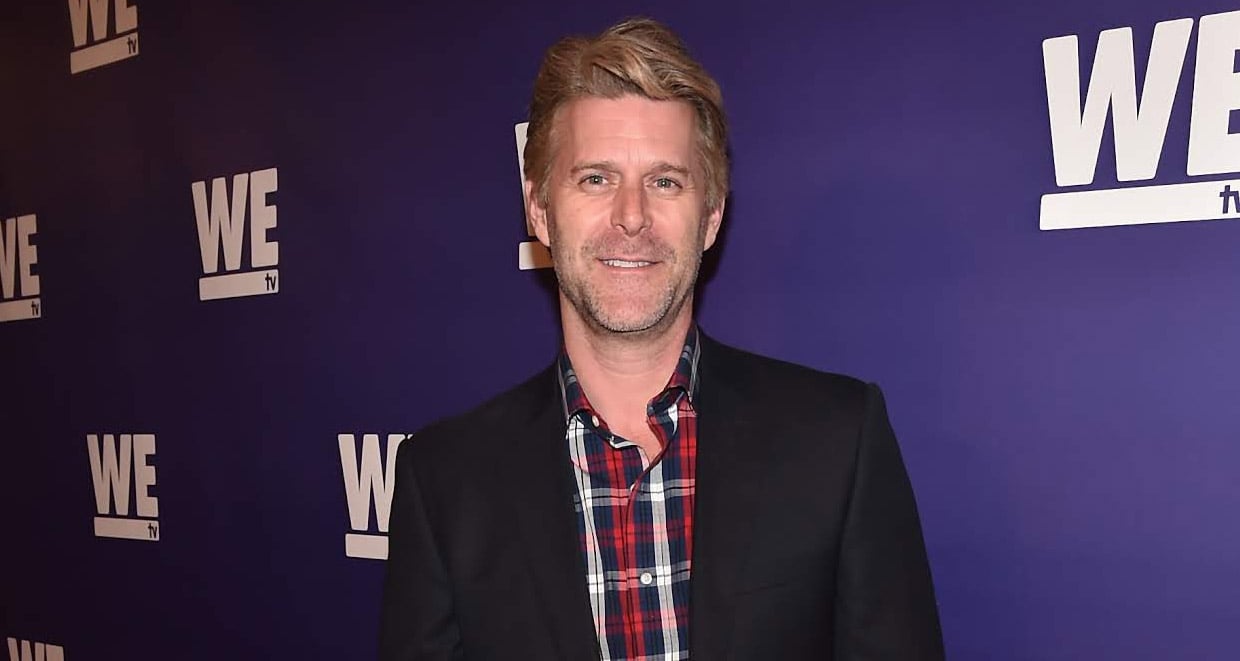 Slade Smiley is Gretchen Rossi’s fiance and one of the alums of The Real Housewives of Orange County on Bravo TV. Smiley was engaged to Jo Del La Rosa, who was also a RHOC star, but the couple called it off back in 2007. Slade is best known for his shows, Date My Ex: Jo and Slade and RHOC.

Slade Smiley was raised in Anchorage, Alaska, before his cycling passion brought him to California. Slade’s age is 44, but he loves to live his life as a youngster, with his equally young-at-heart fiancee Gretchen Rossi! But there are a few things many do not know about the Real Housewife’s husband. This Slade Smiley wiki has all the facts.

Slade Smiley was born in Oakland, California, but was raised in Alaska. He was 13 when he became interested in singing and joined a local choir in Anchorage. His experience propelled him to pursue a more detailed study in music, and he began taking classes in high school.

He also preformed in local music productions throughout his high school and college days, too. Slade was a part of West Side Story, The Music Man, and Hello Dolly.

Another interest he developed when he was young was cycling, and he was quite athletic in other areas as well. He participated in cross country skiing and was good in track and field sports, too.

He is a graduate of the University of Alaska, as well as California State University and his passion for cycling led him to train with the U.S. National Cycling Team. He competed professionally for over a decade, and also got the opportunity to attend the Tour de France in 2003.

His cycling career then brought him back home, and in California, he started a modeling career.

He also bagged a bunch of popular roles in commercials for big names like Volkswagon, Adidas, Milk, and more.

He has also been a member of the Screen Actors Guild since ‘95. He is also the owner of Grayson Entertainment LLC, which is a company specializing in marketing, brand development, and sponsor integration.

Back in 2012, he launched a radio station called Radio Slade (92.7 fm). It was a channel dedicated to music and pop culture.

Slade and Michelle Arroyo are parents to sons, Grayson (who is now 17) and Gavin (who is now 27). But things have been very rocky for them since Grayson was diagnosed with a rare form of brain cancer in 2006, and has been battling it ever since.

In 2012, rumors were afloat that Slade was avoiding child support and Grayson’s medical bills were really piling up.

In truth, Slade did fall into debt for caring for Grayson and certainly was not ignoring him.

He even told People that he doesn’t mind that he’s in debt, as long as his son, Grayson is here with them. Health care is extremely expensive in the U.S. and paying for years of treatment doesn’t come cheap, but Slade will pay any amount to get his son what he needs.

Before getting engaged to Gretchen, Slade and Jo De La Rosa were the hot couple in OC, and were also the first to be featured in the new RHOC series.

The couple was engaged during the filming of the show, but De La Rosa broke it off. She also walked out of the show in season 2 to pursue a music career.

She and Slade parted amicably and were even friends when they filmed Date My Ex: Jo and Slade. 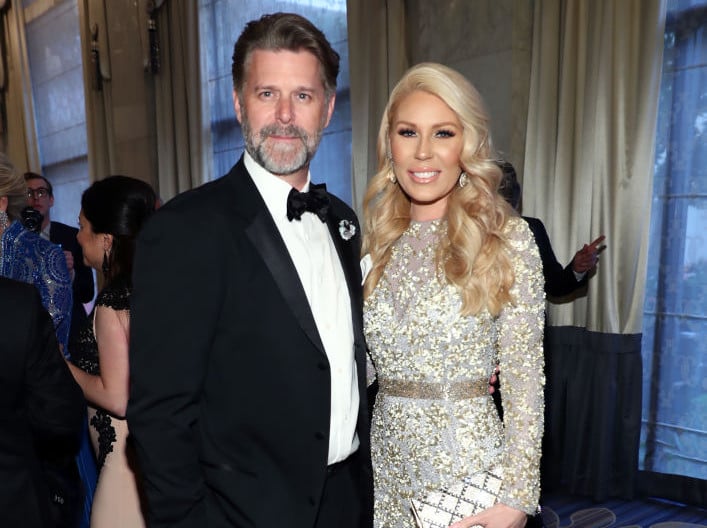 It was during this time that he and Gretchen Rossi began their relationship, and got engaged in 2013. The couple were also seen on RHOC after Slade made a comeback.

“Considering she had met Slade through me while we were dating, it was just kind of interesting to see that once I moved to L.A., they ended up together,” Jo said in an interview. “But I’m happy for the both of them because I truly feel the two of them deserve each other,” she said, though Gretchen has insisted that she knew Slade before he and Jo were a thing.

As mentioned, in 2012 Slade was accused of not paying child support to Michelle Arroyo. In a video filmed by TMZ, Slade was verbally attacked by a debt collector on his way out from an event, claiming he owes over $160,000 and is ignoring his sick son.

Sources say that Slade was paying $775 per month for Grayson’s treatments, but he was $95,000 behind. In 2009, he was arrested on an outstanding warrant for civil contempt after allegedly falling behind on his child-support payments and was released on a $10,000 bail.

It was speculated that it was Rossi who made the call. Slade’s lawyer commented that he was doing everything he could towards his son, and that Arroyo was doing this for attention.

“My son is very ill and we have been working on resolving the issue of support versus his enormous medical bills with the appropriate agencies for several months now,” said Slade in a comment following his release.

“It is sad that individuals would take advantage of the situation in an attempt to defame and discredit me in such a public manner. For those who know me, there is nothing more important than my children,” he added.

With all the bills and fees Slade has paid, it looks like Slade Smiley’s net worth is estimated to be only $100,000.

His finances have certainly taken a hit and some have even speculated that to be the reason behind the 5-year engagement. Gretchen Christine Rossi’s net worth is $300,00 but weddings today aren’t cheap!

Since then, media has spun all kinds of stories regarding the complications in Slade’s life. While some say he is not getting married to Gretchen because of the child support, many are saying that the couple is delaying the wedding for other reasons.

“The truth is that Slade and I already feel married and we’re in a very committed relationship as if we were married, and so it’s not something that we feel like we have to have a marriage certificate to qualify our love for each other,” Gretchen told the media.

The couple also appeared on Marriage Boot Camp in 2014 as they were dealing with many struggles within their relationship. Even though the show did wonders for them, the two have yet to set a date for the big day! So, what’s the hold up?

While it’s not an unknown fact that Slade Smiley and Gretchen Rossi are trying to have a baby, things have been difficult for the couple. Back in 2015, Slade reversed his vasectomy, as a gift to Gretchen, but complications have developed, which they are dealing with to date.

In May 2018, Gretchen underwent a surgery during her IVF process and she posted an Instagram photo of the journey.

There is no further news about the results of the procedure, and there is no announcement of any pregnancy either.

The couple has not lost hope though, but are definitely feeling the pressure now.

“So we did IVF first and we had such great results at the beginning and then the day before they were supposed to implant all the embryos–we had 14 embryos–basically what happened was they arrested, which means they all died off, “ Gretchen expressed about the mentally and physically draining experience.