Head Coach Sean Payton of the New Orleans Saints looks on against the Seattle Seahawks in the first quarter during their game at CenturyLink Field on September 22, 2019 in Seattle, Washington. (Photo by Abbie Parr/Getty Images)

New Orleans Saints coach Sean Payton is facing a lot of flak over the Saints’ upsetting loss against the Atlanta Falcons. But he’s got a lot to celebrate on the romantic front! Payton surprised his longtime girlfriend, Skylene Montgomery, with a marriage proposal—an occasion that was celebrated during Sunday’s game at the Mercedes-Benz Superdome. If you haven’t heard of Payton’s new fiancee, our Skylene Montgomery wiki will get you up to speed.

Skylene Montgomery Is from West Virginia

Skylene Montgomery was born on December 4, 1984 to Skylar and Darlene Montgomery. The family are residents of Parkersburg, West Virginia, where her father is co-owner of a garage-door supplier.

Skylene played softball and volleyball at Parkersburg South High School, achieving All-State honors in both sports. She went on to graduate with a bachelors in exercise physiology from Marshall University in Huntington, West Virginia in 2007.

She later enrolled in West Virginia University’s graduate nursing program. She also worked as a CAN at St. Mary’s Hospital.

While she was studying nursing, Skylene Montgomery represented her home state in the Miss USA 2008 pageant. She had been crowned Miss West Virginia 2008 in October 2007, but didn’t make it far in the Miss USA competition. 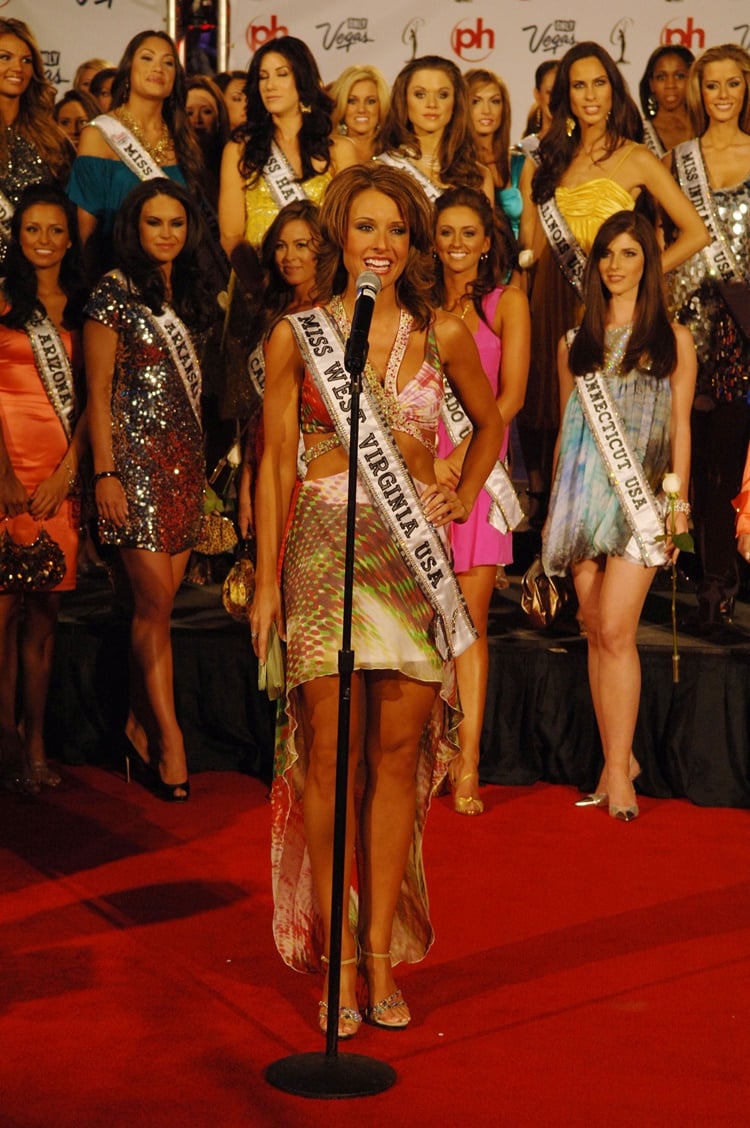 She competed on the platform of countering childhood obesity in the state. However, she actively supported many causes at the time, including Katrina Relief, Breast Cancer Awareness, Friendship Kitchen, and Relay for Life.

Before vying for the Miss USA crown, she had won the Ms. West Virginia United States pageant in 2006.

Montgomery Will Be Payton’s Second Wife

Sean Payton was previously a coach at Indiana State University, which is where he met Beth Shuey. They married and had two children, daughter Meghan (born 1997) and son Connor (born 2000). They divorced, however, in 2012, after 20 years of marriage.

Payton later met and dated Skylene Montgomery, who’s more than two decades his junior. Montgomery has since called New Orleans home, where she lives with Payton.

On November 8, Saints owner, Gayle Benson, invited Montgomery to a private party to celebrate her 15th wedding anniversary to her late husband, Tom Benson. What the former pageant queen didn’t know is that Benson and Payton were accomplices in Payton’s surprise proposal plan.

The coach proposed to his girlfriend at the party and she said yes. The Saints celebrated their coach’s engagement on November 10, during the Saints-Falcon game at the Mercedes-Benz Superdome. The stadium’s big screen showed Montgomery during a brief TV timeout, with the caption: “the future Mrs. Skylene Payton,” set to the music of Bruno Mars’ “Marry You.”