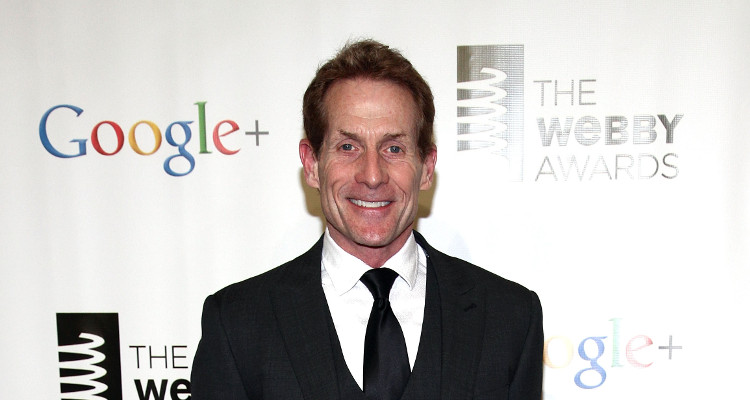 Skip Bayless is known to give some blunt and hard-hitting opinions about sports. Some even go as far as to say that he is the most hated man in sports! How does Skip Bayless’ wife keep up with him?

Sports columnist, Skip Bayless can have some pretty scandalizing opinions. His take on LeBron James has Fox Sports wanting him to tone it down in further debates. Though he has a pretty ruthless image on the surface, his colleagues know him as the most hard-working guy in the sports broadcast industry. It’s hard to believe how his wife, Ernestine Sclafani, puts up with him! But Skip Bayless and Ernestine Sclafani have a pretty solid marriage.

She Works in Public Relations

Ernestine Sclafani is from Long Island works in public relations. She is currently vice president of Weber Shandwick Public Relations in New York. She graduated from Suffolk County Community College, and previously worked in PR for the Ball of Switzerland. It was her job that helped her meet Bayless.

Bayless had gone from a panelist to a full-time cast of ESPN’s First Take. It was one day on the show when Sclafani brought Entourage star, Kevin Dillon to the studio. While her client did his job, Bayless and Sclafani exchanged pleasantries and contact information. That same day, they went on a dinner date.

She is Not His First Wife

On their dinner date, Bayless was his usual straightforward self. “You will never be more important than my job,” he told her without mincing words. And that didn’t even ruin the date! Because, guess what, she loves her job, too! They bonded over the classic sitcom, I Love Lucy, ‘60s music, and Woody Allen.

Even though work is Bayless’ first wife, the couple worked out. When it comes to actual marriages, Sclafani isn’t the first. Bayless claims he has been in four long-term relationships and was married once before to his high school sweetheart, but that marriage didn’t last.

He’s Not a Bad Guy to Her

Bayless is known for some bizarre and outlandish opinions when it comes to sports. He possibly might be the minuscule population that don’t see LeBron James or Tony Romo as the next best things. But hey, that’s Skip Bayless. And to his colleagues, he’s more of a recluse and workaholic.

But Sclafani sees him for the great guy he is. “He’s got a heart of gold,” she says. “He’s funny, shy, respectful, caring. He’s just a good guy.” Isn’t that sweet?!

And perhaps, distance is the key to their happy marriage. Sclafani stays in Manhattan. Bayless works in Connecticut. They spend weekdays apart and reunite on weekends. Their Fridays were spent watching movies and Jeopardy together and being in the sports field —Bayless can get pretty competitive with his wife.

They keep their marriage very private. There are no details about their relationship or wedding. It’s also not known whether or not they have kids.