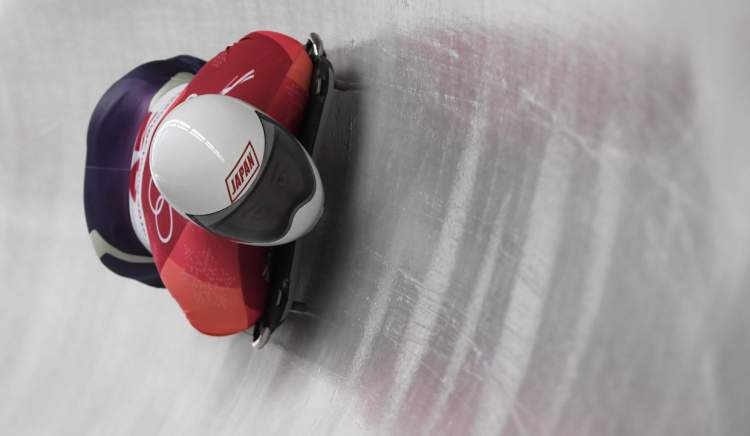 If you’re enthusiastically watching the 2018 Winter Olympics, a certain sport might have caught your eye. Olympics watchers are asking what the skeleton in the Olympics is. To put it shortly, it’s a terrifying and thrilling sport.

The 2018 Winter Olympics featured the skeleton event on Wednesday after averting a disaster on the eve of the event. Great Britain’s cutting-edge skeleton equipment was called into question. But they got the green light, and the games progressed, to the awe of viewers. Unlike skiing, skating, and snowboarding, certain winter sports like skeleton, curling, or luge might seem a bit like a mystery. We’ve compiled everything you need to know to dispel the confusion on Skeleton.

What Is Skeleton Racing?

This winter sport is nothing short of death-defying. Riders lie stomach-down on a flat sled. They then plummet down an ice track head-first! The rider’s face is mere inches above the track.

If sending competitors down head-first doesn’t sound dangerous to you, wait until you find out how fast skeleton racers go. Moving on the ice track allows the sled to gain speed due to gravity. Riders can go up to 80 miles per hour! Can you imagine the scene if someone messed up at that speed?

Skeleton racing takes place on bobsled courses as long as 1500-m. The course is never straight. There are hairpin bends and S-shaped curves the riders have to maneuver through fast.

The sport dates back all the way to the 1800s in St. Moritz, Switzerland. It was an offshoot of the British sport called Cresta Sledding. The two sporting cousins have similar equipment and race on bobsled tracks.

The key difference between them is the steering and braking. Skeleton racers steer with their head and shoulders. Cresta sledders use rakes on their boots and steer with their shifting body weight.

The objective of skeleton racing is simple: Clock the fastest time. Riders have two runs a day for two days. They are timed at 0.01 seconds. The standings are based on the aggregate time of each player’s two runs. So it’s all about picking up momentum and not eliminating drag.

Why Is Skeleton Called That?

The origin of the name is a bit uncertain, but it’s believed to have come from the first metal sleds introduced in 1892. The early design of the sled was bare and was said to resemble a human skeleton. Hence, the name stuck in the modern sport. It used to be called tobogganing.

The modern skeleton sled is made of fiberglass steel with two steel runners along the bottom and two handles on top. The handles are customized to fit the racer’s physique. But it’s still considered a bare-bones design with next-to-no equipment compared to similar sleigh sports.

The sleigh cousins are very similar and very fast. Both race over a downhill course. Both are fast. Both are incredibly dangerous. But there are also obvious differences.

Experts state that the chances of accidents for skeleton racers are lower than lugers. Skeleton racers have no equipment to steer. They shift their body weight slightly to steer, while lugers rely on rakes on their feet.

However, luge is way faster, going beyond 87 miles per hour. Relying on equipment and body weight leaves more room for rider error.

Both are single player sports, though lugers also race in doubles. And both sleds are brakeless. So think before you take up either.

These guys are fast and know what they are doing. The only way we can catch up to them at that speed is on TV.